Who are ‘The Italians’? 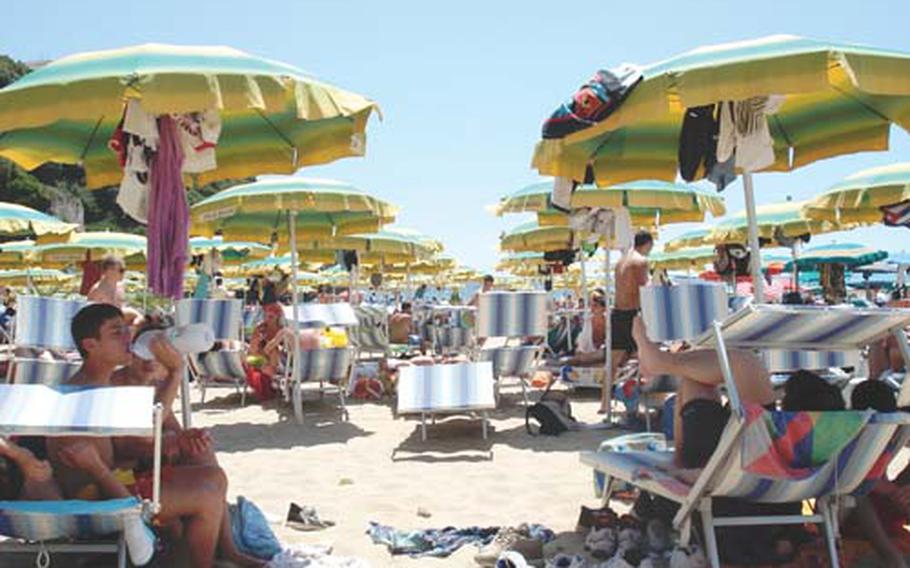 An Italian beach is crowded during October as Italians and tourists flock to the sea for their holiday. Author Barzini dissects the culture of these people in “The Italians.” (Sandra Jontz/S&S)

NAPLES &#8212; Whether you&#8217;ve spent a day, a year, or a lifetime in Italy, understanding the country and its people can be an elusive endeavor. Luigi Barzini undertook the challenge with "The Italians." Published in 1964, the book remains strikingly relevant.

When he wrote about his fellow countrymen, Barzini probably didn&#8217;t make many friends. The book attempted to debunk the myths &#8212; both good and bad &#8212; about the national identity of the Italian people.

It was far from complimentary, but from Barzini&#8217;s perspective, it was an honest depiction of the motherland.

"As I grew older &#8230; I became disenchanted with some of her habits, shocked by some of her secret vices, repelled by her corruption, depravity and shamelessness and hurt when I discovered that she was not, after all, the shining paragon I believed her to be when I was young. Still, I could have no other mother. I could not stop loving her. &#8230; I was determined to do the most honest job of portraiture I could," Barzini writes in the book&#8217;s foreword.

The first chapters serve as a recap of familiar themes &#8212; descriptions of Rome as "the Eternal City," the physical beauty of the countryside, laundry lists of the great Italian artists, writers, musicians, scientists and philosophers &#8212; all of the things that have drawn travelers to the country for centuries.

Once Barzini reminds readers of what they think they already know, he deconstructs those same achievements, holding them up as evidence of a fa&#231;ade designed to cover the shame of continuous defeat and occupation. To this, he attributes the ultimate failure of the Italian people &#8212; an inability to develop true national unity.

"&#8230; they filled the world with masterpieces in order to find compensation for the insecurity, emptiness, disarray, impotence and despair of their national life, to forget their humiliation and shame, to forget their collective guilt. &#8230; The Italians never succeeded in the end in affirming their own kind of greatness. They were always laughed at."

This explanation may account for some of the individual personality traits Barzini points to, for example, the hypersensitivity to being made a fool.

"The imperative which they implicitly obey in all their decisions is non farsi far fesso, not to be made a fool of," Barzini writes. "To be fesso is the ultimate ignominy, as credulity is the unmentionable sin."

The origins of the Sicilian mafia are also explored. Barzini&#8217;s descriptions of the organized crime clans and the communities they rule are similar to feudal lords whose families make and enforce the law of the land, with little regard to any centralized government.

One of the notable characteristics of the country &#8212; even to the occasional tourist &#8212; is the north-south divide. Barzini views the underlying cause as philosophical, rather than economic disadvantage. While the south is motivated by the acquisition of political power, driven by ego and pride, the north, according to Barzini, is more concerned with the practical side of industry.

"They (southern Italians) do not understand why their Nordic countrymen, obviously less clever than they, should have such splendid living conditions, such wonderful factories, such awe-inspiring hospitals and so much money, and why such things should be less impressive in the South."

Some will view the book as unduly harsh &#8212; some not harsh enough. But if you&#8217;re looking to get beyond the glitz of the Roman Empire, or the romance of the Tuscan sun, "The Italians" gives tremendous insight into how things came to be &#8212; at least from Barzini&#8217;s perspective.