What’s in a name? For Navy squadrons, plenty

The logo of Fighter Squadron 143, the Puking Dogs, is actually a griffin. (Courtesy of Naval Historical Center)

The logo of Fighter Squadron 143, the Puking Dogs, is actually a griffin. (Courtesy of Naval Historical Center) 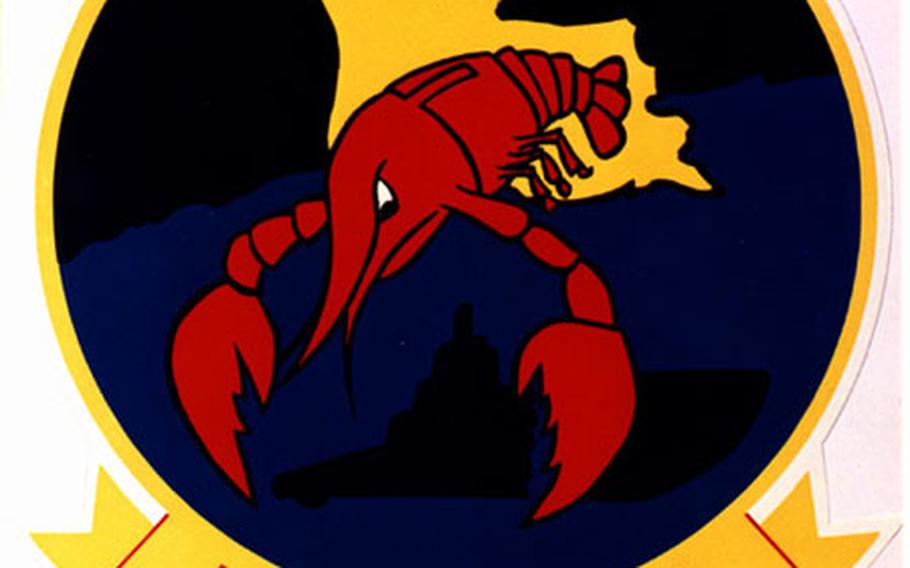 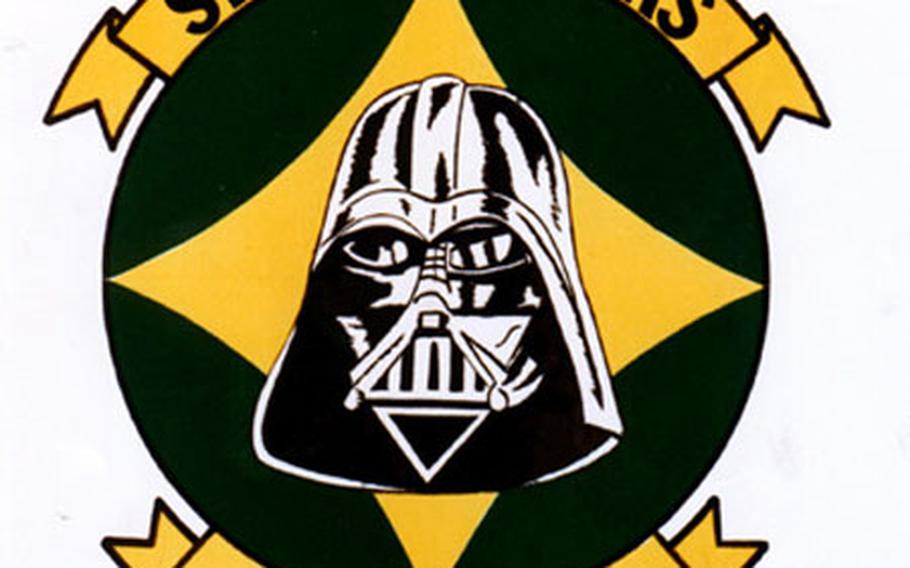 Now’s a good time to be one of the Star Warriors, a Navy Reserve unit in Washington, D.C. (Courtesy of Naval Historical Center) 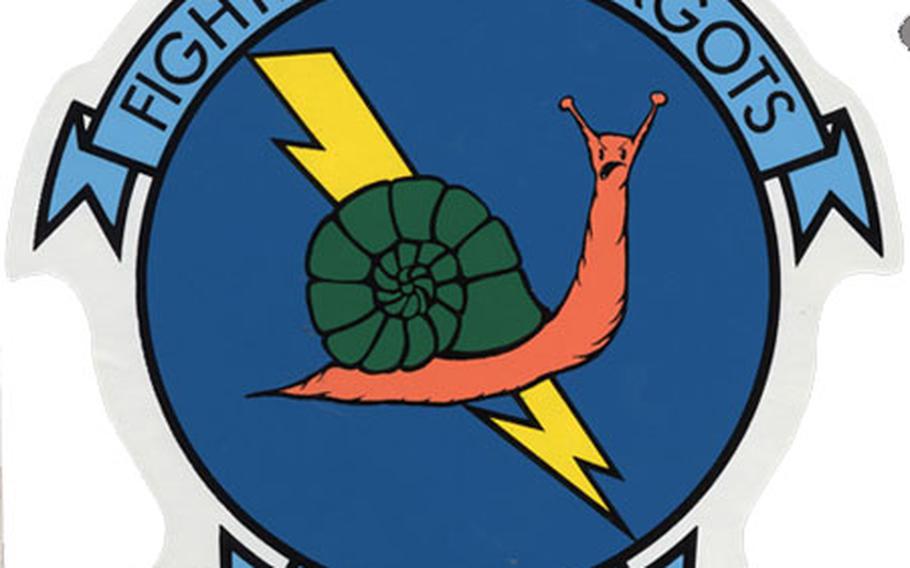 The Fighting Escargots, a Navy Reserve unit that flew E-2C Hawkeyes, were recently decommissioned, but while in service were said to be “no slugs to readiness.” (Courtesy of Naval Historical Center)

Nor do the rest of the sailors assigned to the Norfolk, Va.-based Carrier Airborne Early Warning Squadron 123 mind being called Screwtops.

The Screwtops are among the large number of aviators throughout the sea service&#8217;s history to be assigned to squadrons that have had unusual nicknames.

Looking through the Navy&#8217;s All Hands magazine from January, it&#8217;s clear that the names run the gamut from cool to, well, crustacean.

Crustacean, as in the Navy Reserve&#8217;s Patrol Squadron 94 Crawfishers, which has a large, red crayfish on its unit emblem.

Some of the more unique squadron names have evolved from a variety of sources, ranging from their mission to where they&#8217;re based.

The Zappers of Electronic Warfare Squadron 130 fly the EA-6B Prowler, which has equipment that can jam enemy radars. The Crawfishers fly from New Orleans and it&#8217;s an appropriate name as Louisiana exports the majority of the world&#8217;s crayfish.

One squadron even earned its official name from the sickly look of their squadron insignia.

The Pukin&#8217; Dogs of Fighter Squadron 143 were originally known as the Griffins, which is a mythical creature that had the head and wings of an eagle and a body of a lion.

Squadron lore holds two versions of how it got its new name, both of which involve someone mistaking the Griffins insignia&#8217;s down-turned head and open mouth for a, well, vomiting dog.

Though not as strange as being called the lead Pukin&#8217; Dog, being the head Screwtop does sometimes bring an unusual response when introduced.

When Klothe took over the squadron, his father, a retired Army warrant officer, told him that one thing he had to do while in command was to change the squadron&#8217;s name. He couldn&#8217;t do it.

Klothe served with the Bluetails, which had a blue-painted stuffed hindquarter of a deer in the squadron ready room, before coming to the Screwtops.

The Screwtops started out as the Cyclops long before Klothe took over as the unit&#8217;s commander. The aircraft&#8217;s large, spinning radar dome had an &#8220;all-seeing&#8221; eye painted in the center of the dome. When squadron members added a large swirl radiating out from the eye, it looked to others like the aircraft had a giant screw on its top. So, the Cyclops became the Screwtops.

They are the only unit to have their radar domes painted that way, and in the past year Screwtops aircraft have flown over both Iraq and Afghanistan.

Another squadron name of a similar turn is the Screwbirds of Sea Control Squadron 33 from Naval Air Station North Island, Calif. They fly the S-3B Viking maritime patrol aircraft and their unit insignia is, appropriately, a red bird with a giant screw stuck through its middle.

Neither screwy, crazy &#8212; nor mad &#8212; are the Mad Foxes of Patrol Squadron 5, which is currently deployed to Naval Air Station Sigonella, Sicily.

&#8220;[The name] refers to the MAD &#8212; a magnetic anomaly detector that&#8217;s part of our [aircraft&#8217;s] capabilities,&#8221; he said about their P-3C Orion maritime surveillance and submarine hunting aircraft. The MAD can detect changes in the earth&#8217;s magnetic field brought about by submarines.

And when there are nearly three dozen F/A-18 squadrons in the Navy, it&#8217;s important to have a name that stands out.

So for every squadron with a name like the Gunslingers or the Eagles, there are others called the Fighting Omars, Old Buzzards or even the Fighting Escargots.

Yes, escargots as in the French word for snail.

Squadron lore has it that the name originated from the slow-flying speed of the propeller-driven E-2C Hawkeye. The Fighting Escargots, a Navy Reserve unit, crawled out of active service earlier this year.

Navy ships, on the other hand, are pretty much immune, as they&#8217;re usually named after places, people or battles.

Some of the more unusual Navy squadron names throughout the years: