Volksmarcher has covered a lot of ground 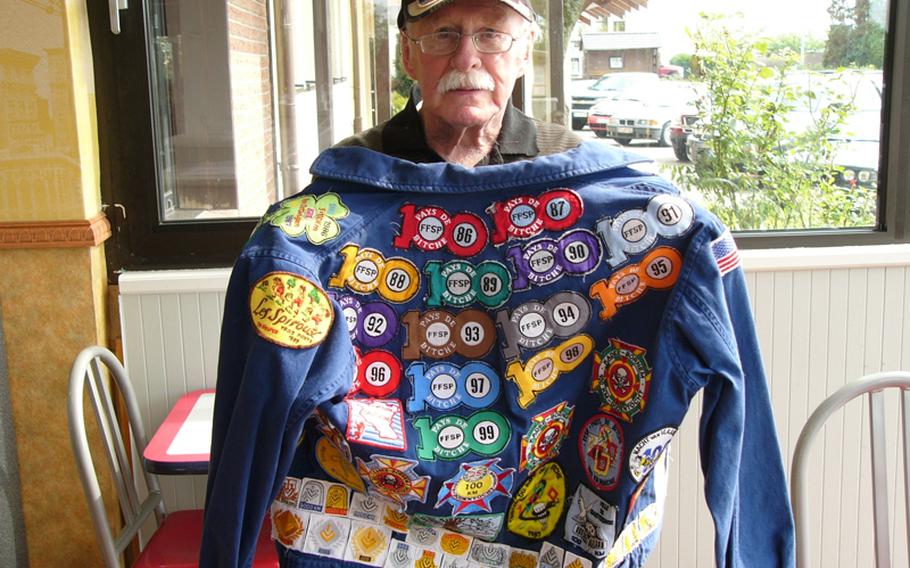 &ldquo;I used to run five miles a day when I was in the Air Force,&rdquo; the 74-year-old Miller said recently. &ldquo;It was boring. You&rsquo;re out there all by yourself.&rdquo;

So when he retired in 1975, Miller decided to give volksmarching a try. He&rsquo;s been walking every since.

&ldquo;You meet a lot of people, see the countryside and pick up a few medals and mugs along the way,&rdquo; he said of volksmarching.

His accomplishments include 48 one-day, 100-kilometer volksmarches.

But the milestone he reached in July is one of the most noteworthy.

This year, Miller completed his 25th International Four Day Marches at Nijmegen, an annual four-day series of 50-, 40- or 30-kilometer circuits around the Dutch city of Nijmegen.

But Miller said his ribbon and medal was different than the others. His medallion had a &ldquo;25&rdquo; on it, in honor of completing his 25th Nijmegen walk.

Miller said he did the 50-kilometer circuit (about 125 miles over four days) for 21 of his marches. The last four have been the 40-kilometer course to bring his total Nijmegen mileage to 4,840 kilometers, or just over 3,000 miles.

The total is higher than it needs to be, according to Miller.

&ldquo;I could still do the 50, but I did 40 because I walked with friends.&rdquo;

Including his boss, Michelle Hetcher, who tried her hand, or more aptly feet, the last two marches.

Miller &ldquo;talked me into the first one,&rdquo; said Hetcher, the Spangdahlem-Bitburg food court manager. &ldquo;I did it the second time because a friend wanted to do it. I won&rsquo;t do it again until I&rsquo;m 50 and get to walk 30ks.&rdquo;

Unlike his boss, the 20-year Air Force veteran Miller couldn&rsquo;t wait to go back for more after completing his first tour of Nijmegen.

&ldquo;You get hooked,&rdquo; he said. &ldquo;By then you&rsquo;re in condition, and you want to keep going.&rdquo;

Conditioning is no problem for Miller, who in addition to the big events, walks to his job at Spangdahlem Air Base three times a week from his home in Bitburg, about eight miles and a steep valley away, and has participated regularly in volksmarches.

So, how far has he walked?

Miller, who likes to pause for a beer or two on his walk home from work, prefers to walk with British and Dutch hikers at Nijmegen. &ldquo;The Brits and Dutch will stop along the way for a beer,&rdquo; he said. &ldquo;The Americans usually just go to the official rest stops.&rdquo;

For all the ground he&rsquo;s covered, Miller said he has no special equipment nor training regimen, other than walking.

&ldquo;I&rsquo;ve never done any lifting or do any stretching,&rdquo; he said.

And how about state-of-the-art hiking boots?

&ldquo;I just wear Nike shoes,&rdquo; Miller shrugged. &ldquo;They&rsquo;re good and durable. The good part about them is you can buy a pair right now and go out and walk 100 miles.&rdquo;

Miller, however, plans to walk a lot farther than that.

&ldquo;I have to do at least six more (Nijmegen marches),&rdquo; he said. &ldquo;This year was the 94th march. I want to do the 100th.&rdquo;