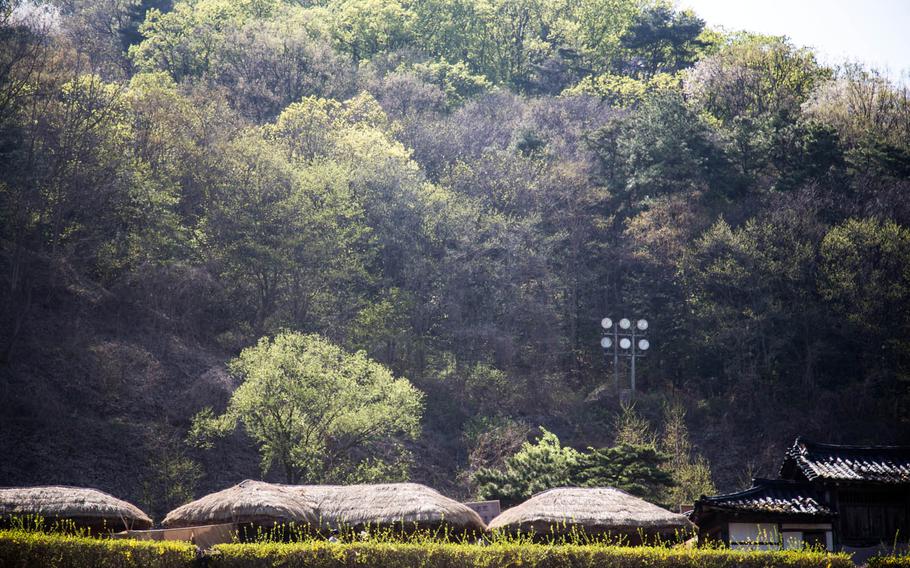 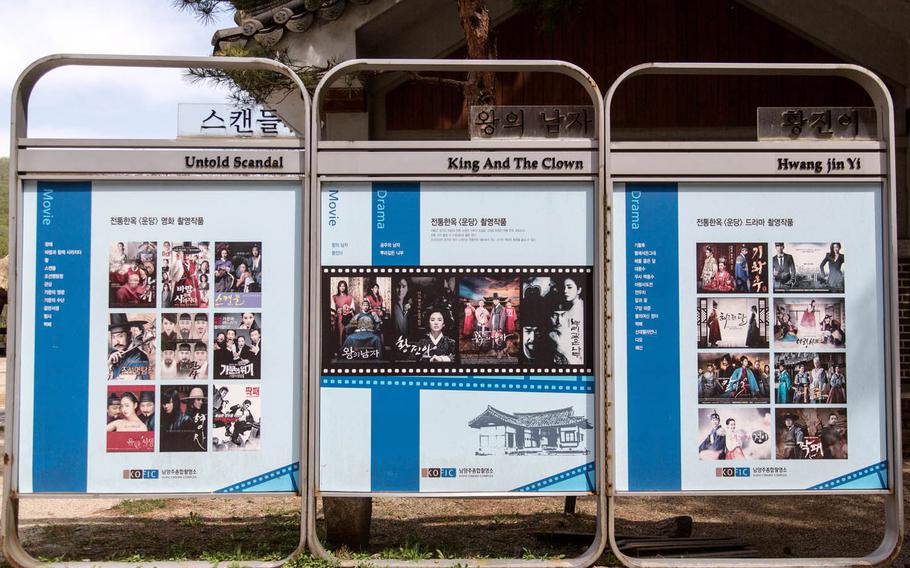 Buy Photo
Each set at Namyangju Studios in South Korea has a list of films shot at that location. (Marcus Fichtl/Stars and Stripes) 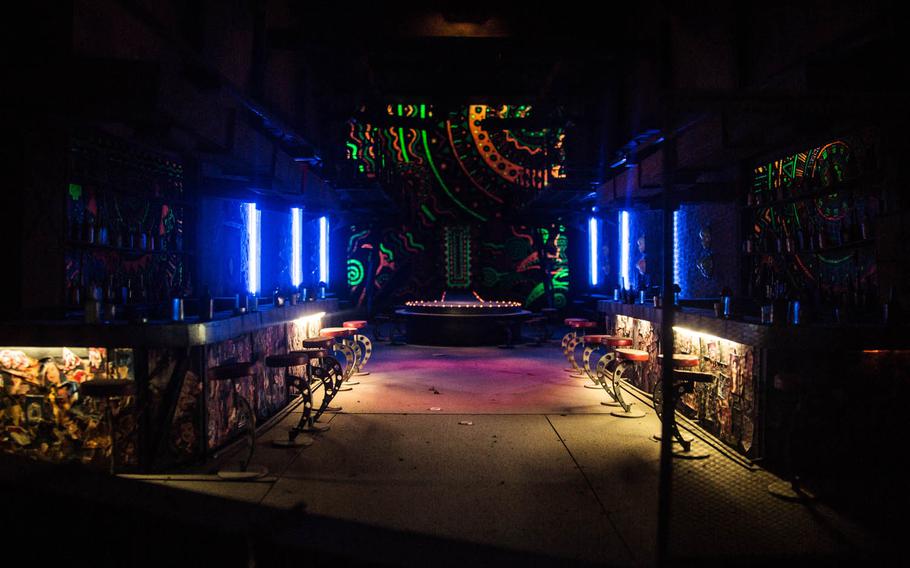 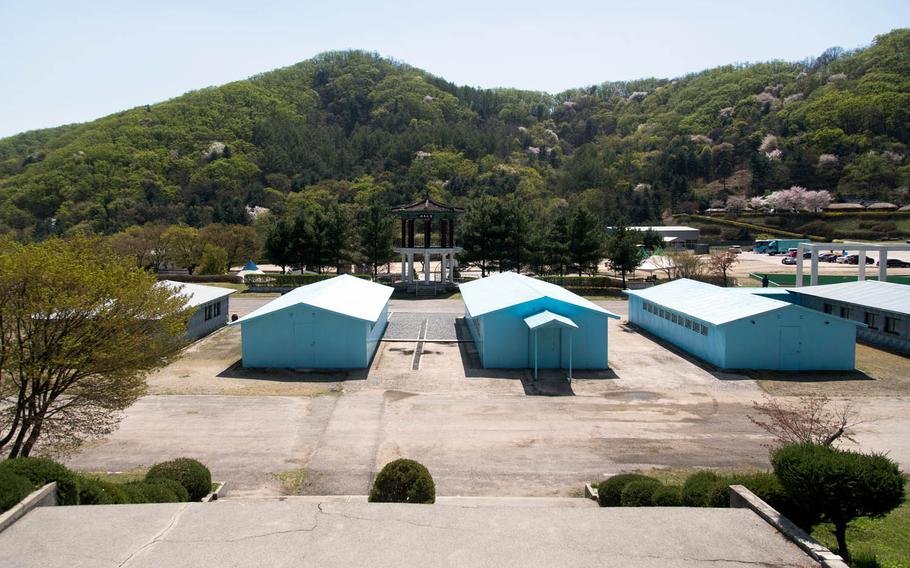 Ever wanted to see what the North Korean side of the Demilitarized Zone looks like without the hassle of security guards or creating an international incident?

Just an hour east of Seoul by light rail lies the Korean Film Council’s Namyangju Studios. Its centerpiece: a near replica of North Korea’s Panmon Hall and the U.N.-blue colored armistice buildings found at the Joint Security Area in the truce village of Panmunjom. They were built for one of South Korea’s biggest blockbuster movies, “J.S.A.: Joint Security Area” (2000). The only glaring difference between the set and the real-life version is the missing third story of Panmon Hall, which hadn’t been built when the set was created.

If you’ve visited the real Joint Security Area, there’s an undeniable tension as you step across the invisible demarcation line onto North Korea’s side in one of the buildings, which is the only place you’re allowed to do that. A Chosun dynasty-era pirate ship near the set helps take the edge off at the studio.

Asia’s largest outdoor studio — and a working one, at that — Namyangju provides an almost urban exploration feel. Elaborate outdoor sets from traditional Korean villages, mansions and even subway cars will feature just you and your imagination.

There’s an almost complete lack of supervision or hand holding, which would be unheard of at similar tourist spots in the United States. No one will tell you to stop opening the doors and walking through all the interactive parts of the set.

Signposts list the names of films in which each set has been featured. For aspiring filmmakers, there’s even an option on the studio’s website to rent a set yourself. Chances are high you’ll see one of the sets in use — providing a behind-the-scenes look at the filmmaking process.

After you’ve spent one or two hours of climbing through the sets and scaling the hill that overlooks the small valley in which the studio nests, a multifloor museum awaits. Just underneath the Panmunjom set, a road lined with framed movie posters takes you on a stroll of South Korean cinema.

One downside is that there are no English descriptions of the pieces, but the art and visuals don’t require words to appreciate.

The highlights of the indoor tour are the massive miniature sets for the 2003 animated movie “Wonderful Days,” also known as “Sky Blue.” Much as in the outdoor sets, the only other people you’ll see in the surprisingly well-maintained exhibits and underground hallways will be the support staff of whatever’s filming that day.

The visit shouldn’t take more than three hours. There’s no fancy restaurant to hold you over, and some of the more intensive sites like the free movie theater require a strong understanding of the Korean language to be worthwhile. A sense of imagination and exploration is needed. An appreciation of South Korean cinema is suggested. And the virtual trip to North Korea is simply surreal.

The studio is near bike trails and hiking if you want your visit just east of Seoul to continue.

The studio is at 138, Bukhangang-ro 855beon-gil, Joan-myeon, Namyangju-si, Gyeonggi-do. To get there from Yongsan Garrison in Seoul, take the Gyeongui Jungang line from Ichon or Seobinngo stations to the Ungilsan stop. The ride takes about an hour.

Open 10 a.m to 6 p.m. March through October and 10 a.m to 5 p.m. November through February. Closed on Mondays, New Year’s Day and the Chuseok holiday period.

There’s small gift shop, but pack your own food and drink.