‘Van Gogh: Between the Wheat and the Sky’ looks into the artist’s spirit 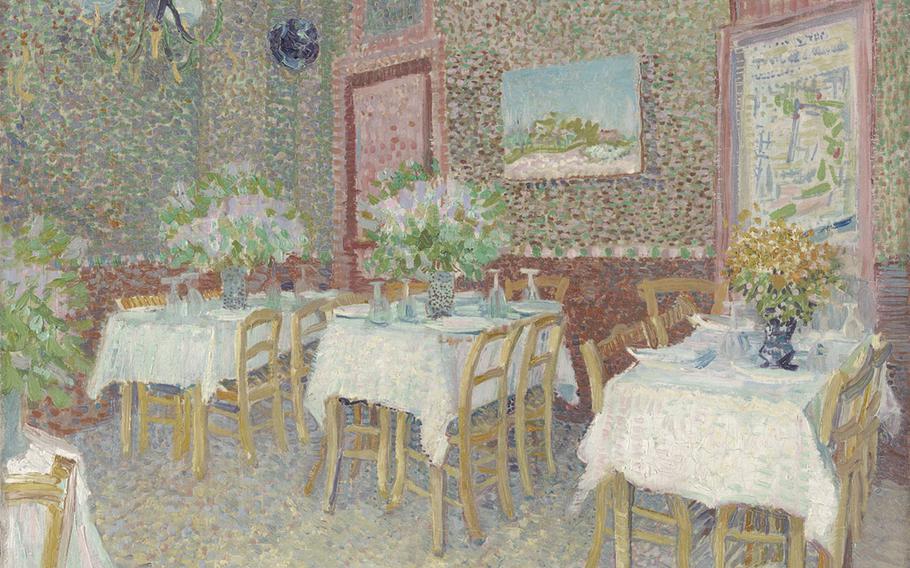 Van Gogh's "Interior of a Restaurant" was painted in 1887. (Courtesy of The Kroeller-Mueller Museum, Otterlo, Netherlands)

Van Gogh's "Interior of a Restaurant" was painted in 1887. (Courtesy of The Kroeller-Mueller Museum, Otterlo, Netherlands) 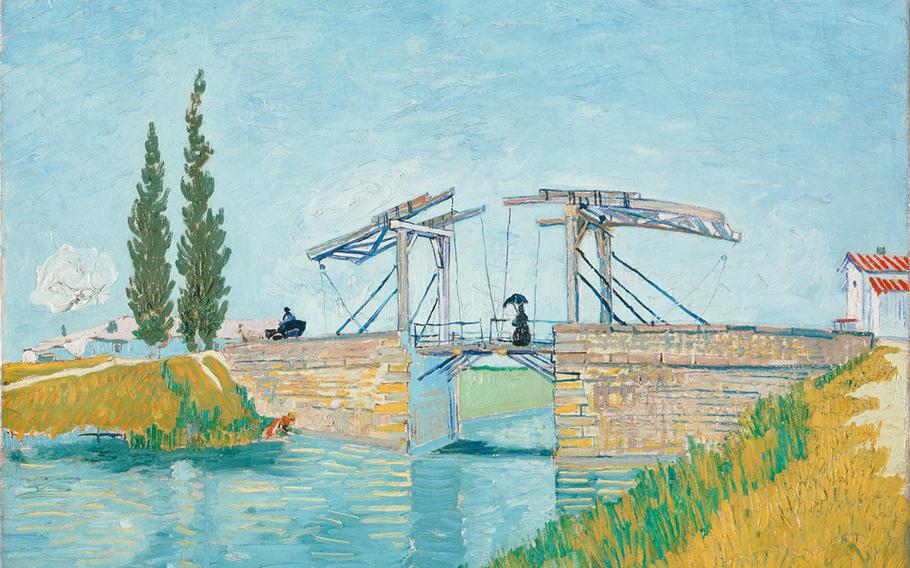 Van Gogh painted "The Drawbridge" in 1888. The painting is included in an exhibition of Van Gogh's life and works at Vicenza's municipal art museum. (Courtesy Rheinisches Bildarchiv) 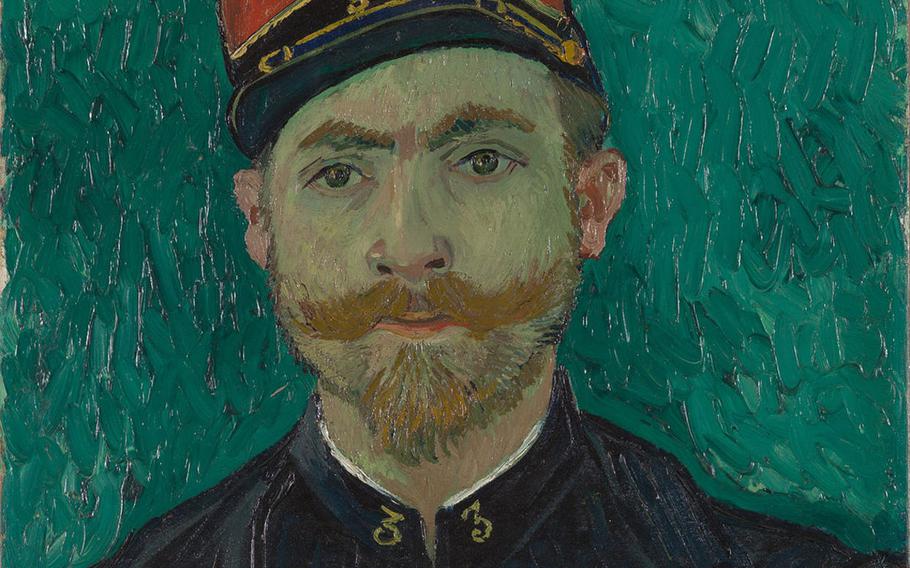 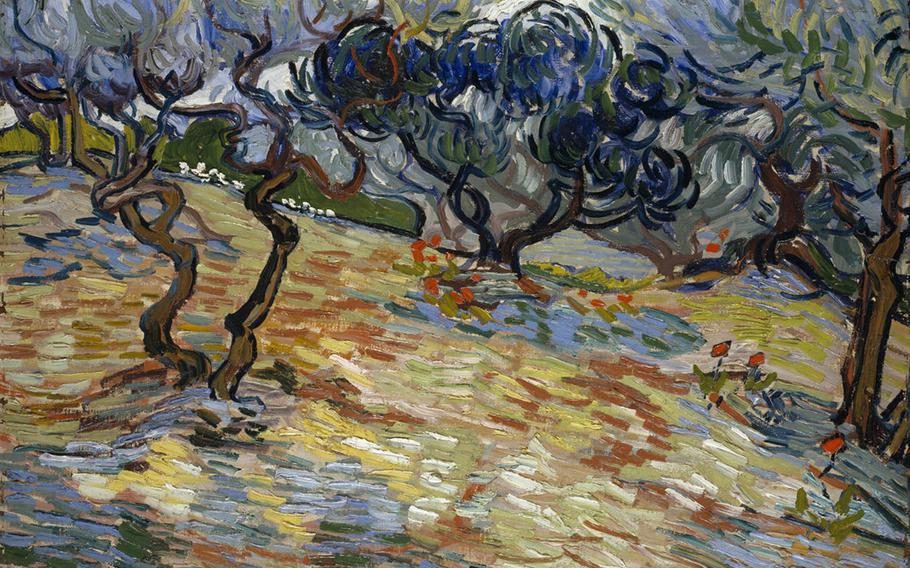 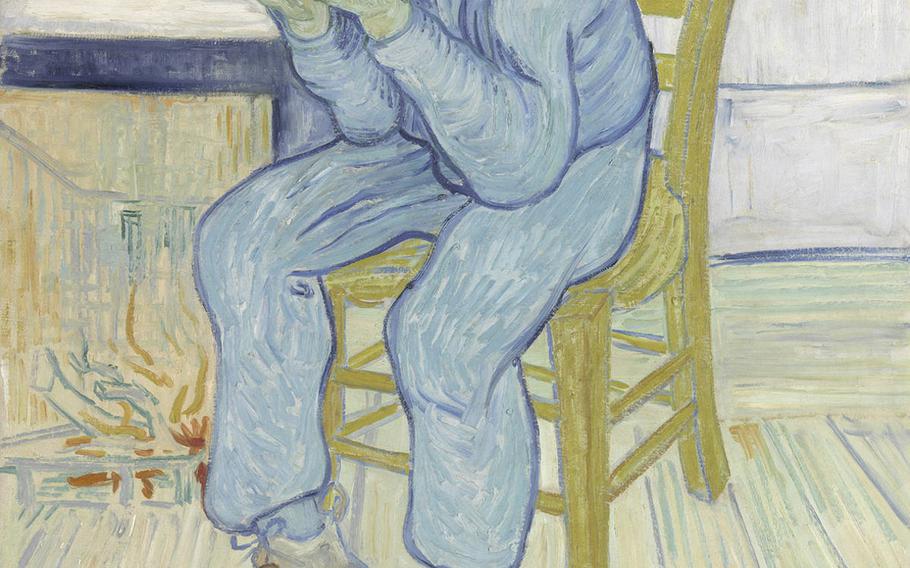 Van Gogh's "Sorrowing Old Man (At Eternity's Gate)" was completed in1890, shortly before his death. (Courtesy of The Kroeller-Mueller Museum, Otterlo, Netherlands) 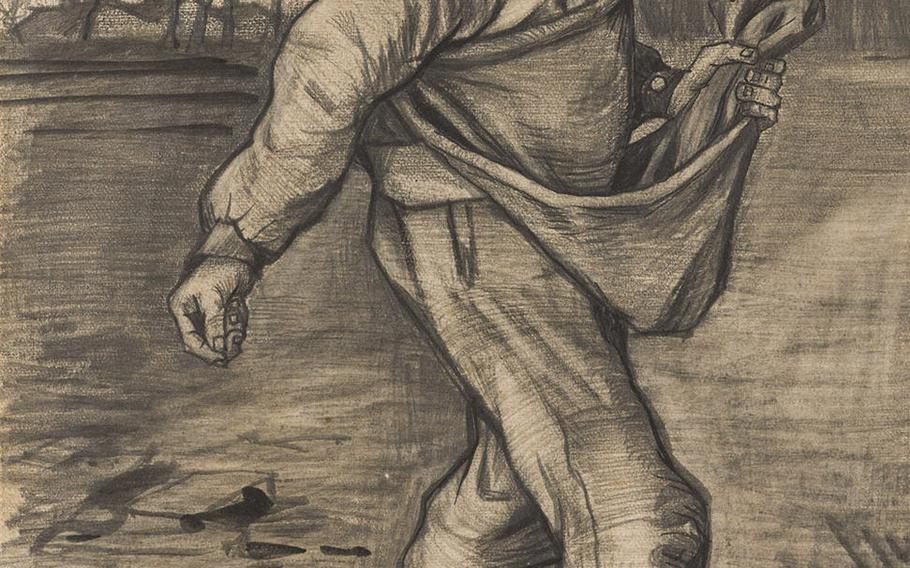 Van Gogh drew "The Sower" in 1882. The drawing is included in an exhibition of Van Gogh's life and works at Vicenza's municipal art museum. (Courtesy Margareta Svensson)

Madonnas, Last Suppers, and John the Baptists by Renaissance artists like Caravaggio, Michelangelo and Leonardo da Vinci are a dime a dozen in Italy, in museums and churches all over the country.

But to see a collection of wheat fields, sunflowers, self-portraits and starry nights of the tortured Expressionist genius Vincent Van Gogh, you generally have to travel north to the Netherlands.

Now Vicenza’s municipal museum changes that, with an exhibition that charts Van Gogh’s life and art before taking his life in France in 1890 at age 37.

“Van Gogh, Between the Wheat and the Sky” contains 43 paintings and 86 drawings, many on loan from the Kroeller-Mueller Museum in Holland, as well as letters Van Gogh wrote, many of them to his brother Theo.

The exhibit aims to artistically reconstruct Van Gogh’s biography, to allow viewers “into the laboratory of Van Gogh’s spirit, into that secret place, known only to him, where his images were formed” and to “trace the shortest and most tormented story in the entire history of art.”

“What am I in the eyes of most people — a nonentity, an eccentric, or an unpleasant person — somebody who has no position in society and will never have; in short, the lowest of the low,” he wrote to Theo in 1882.

“All right, then — even if that were absolutely true, then I should one day like to show by my work what such an eccentric, such a nobody, has in his heart. That is my ambition, based less on resentment than on love in spite of everything, based more on a feeling of serenity than on passion.”

‘Van Gogh: Between the Wheat and the Sky’ DIRECTIONS

On display at Vicenza’s municipal museum, in the Basilica Palladiana, in the city’s Piazza dei Signori.

There are scores of bars, cafes and restaurants close by.

There are no English translations present in the curation, but English-language audioguides are available for an extra fee. A film at the end of the exhibit is in Italian.