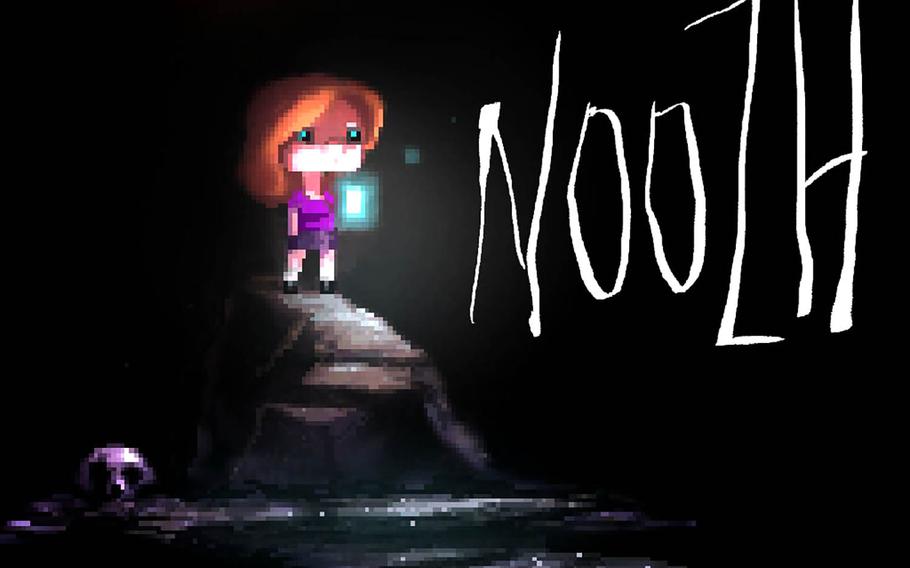 There are quite a few game ideas floating around on crowdfunding sites, most of which simple do not deserve attention. Kickstarter and similar sites are choked with half-baked ideas, scams and pie-in-the-sky projects that have less likelihood of coming to fruition than “Half-Life 3.”

But there are exceptions. Take, for instance, “NOOzh,” by Argentinian developers Wannabe. Pronounced “news,” this is a procedurally generated dungeon crawler with what looks to be point-and-click adventuring elements attached. While dungeon crawlers are a dime a dozen on Kickstarter and the like, this one has an interesting hook that I feel separates it from the pack.

“NOOZh” is being developed, in part, as a way for one of Wannabe’s team members to help his daughter Dalia overcome her persistent nightmares. The game’s heroine is an analogue of the girl, and her real-life struggles are mirrored within the adventure.

During her normal day, she might encounter an everyday obstacle that will become twisted and frightening to her sleeping self. The nightmares she has serve as the dungeons of the game.

While sleeping, she’ll have to go complete puzzles, conquer tricky platforming segments and avoid monstrosities that lurk within the shadows. Wannabe promises that the dungeons will be dynamic and will take on different elements as players make decisions in the “real” world.

The art style is suitably dark and foreboding for a game of this style, but the lighting effects steal the show.

Part of Dalia’s nightmare — as explained in the Kickstarter pitch video — was that she couldn’t see anything, save for the light of her cell phone. This is reflected in the game, with the heroine having to point her light at anything she hopes to see. This could add quite a bit of challenge to the game, and definitely adds a new dimension to the dungeon crawling.

“NOOZh” has until Feb. 7, and Wannabe is asking for only 10,000 pounds ($14,721) to get it made. Personally, I hope it’s funded as it looks great, even in this rough form. If you’re interested in seeing more of the game, or dropping a buck or two to help it get developed, check out their official Kickstarter campaign at tinyurl.com/gup9mxf.