Tray "Tonto" Ardese ‘It was "game on" when you walked out’ 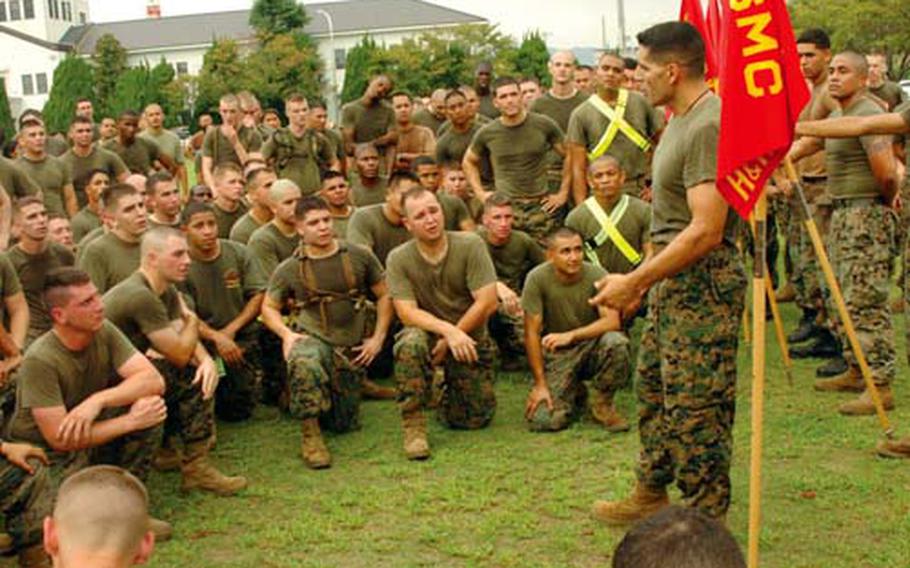 Lt. Col. Tray "Tonto" Ardese comes from a long line of warriors and a tradition at least as old as his Marine Corps.

He credits his tough Native American frame for taking a five-ounce chunk of shrapnel and not shutting down during a 2006 ambush in Iraq&#8217;s Anbar province.

Instead, he called in an airstrike and returned fire, moves that helped get wounded troops to safety.

The medal came with a sharp, orderly ceremony at the air station in December. But the scene in western Iraq during the summer of 2006 could not have been more different.

Ardese was sent to the region as an individual augmentee. The McAlester, Okla., native was attached to a special task force that spent the next few months running secretive missions in the dangerous areas west of Baghdad.

The work was sensitive and the area was hostile, said Ardese, who was a fire-support coordinator and forward air controller. When things got hot, it was his job to radio for artillery or air support.

"It was a tough time for the military. We had kind of put the surge in place, but like everything else in life, sometimes when you put pressure, it gets more difficult," he said. "It was &#8216;game on&#8217; when you walked out of your base camp," noting that it was common to take sniper fire right out of the gate.

One night at the end of June, task force leaders decided to send a foot patrol into the Anbar farmlands. There had been reports of nighttime activity in the area, and the team hoped to gather intelligence for further operations, Ardese said.

"It was going to be a reconnaissance patrol. We thought we would sneak out and see what was going on," he said. "Somebody was watching the base and caught us leaving."

It was just before midnight when Ardese got an uneasy feeling, a kind of sixth-sense tingle.

The attack opened with the detonation of a homemade bomb &#8212; artillery shells buried in an embankment. The blast shot shrapnel through the air and seemed to slow down time, Ardese said.

The unit&#8217;s corpsman and communication specialists were hit, and a piece of metal tore into Ardese&#8217;s shoulder, breaking it before lodging in his shoulder blade.

"I came back to my senses, and there was a lot of gunfire and people fighting," said Ardese, who was knocked off his feet.

There was an indescribable ringing in his ears, and his nose was bleeding.

Attackers bore down with small-arms fire, while a member of the unit tried to suppress the fire with an M-240 medium machine gun, he recounted.

Ardese called to his dazed radio operator to get ready. He requested a fire-support mission from an artillery battery, followed by close air support from F-16 jets.

Meanwhile, he and the rest of his unit kept up the fight.

Ardese said the firefight against about a platoon of insurgents lasted about 40 minutes. It is unknown how many of the attackers were killed, he said.

"It was going back and forth. We were gaining fire superiority with machine guns," he said. "We didn&#8217;t stay behind. At the end, we had to get out of there."

He said he had been promoted in rank the day of the attack and returned to Iraq in 2007 as a lieutenant colonel.

"All the Choctaw Americans are proud I am carrying on the warrior tradition," he said.