Trattoria Pizzeria Stella: No place to go on a diet 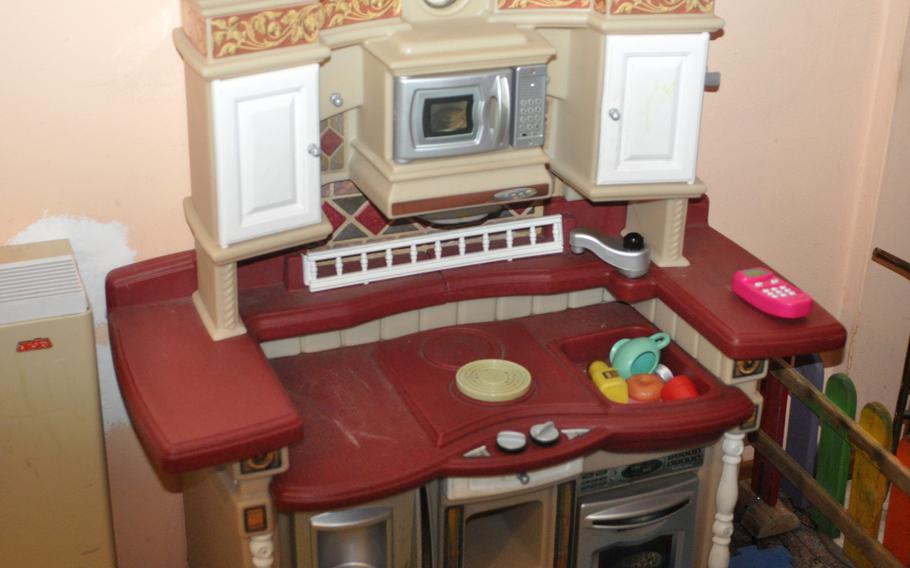 This is the first stove that Stella Greco "cooked" on when she was young. It's currently in a small room in her restaurant, Trattoria Pizzeria Stella, set up as a playground for kids. (Kent Harris/Stars and Stripes)

This is the first stove that Stella Greco "cooked" on when she was young. It's currently in a small room in her restaurant, Trattoria Pizzeria Stella, set up as a playground for kids. (Kent Harris/Stars and Stripes) 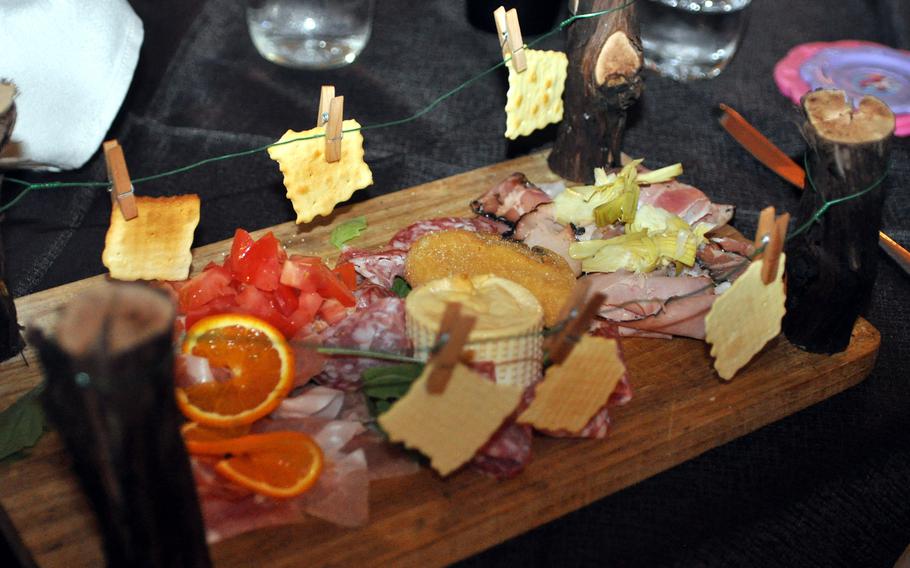 This dish, featured as an appetizer at Trattoria Pizzeria Stella, won't leave many diners with much room for anything else. It features an array of cheeses and sliced meats and is presented on a board with grape wood posts and crackers hanging from wires strung between them. (Kent Harris/Stars and Stripes) 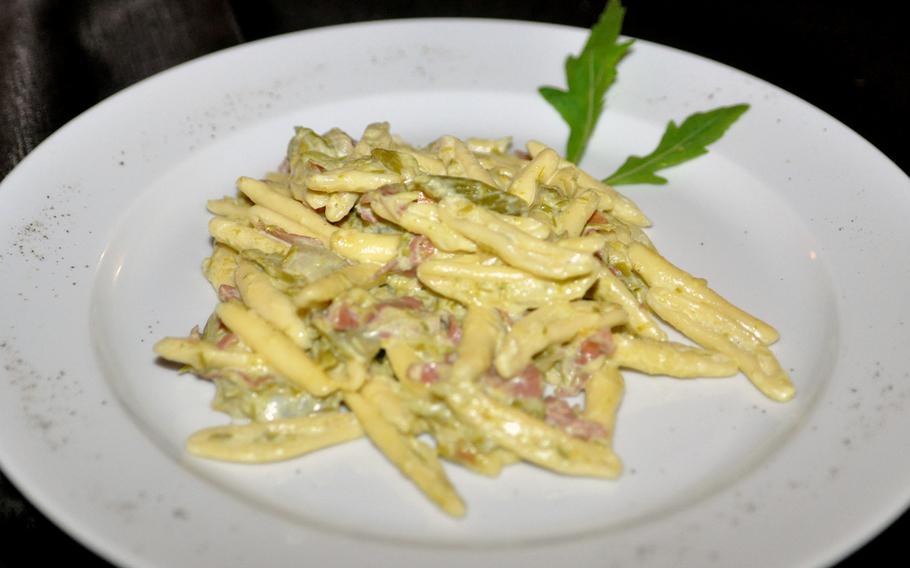 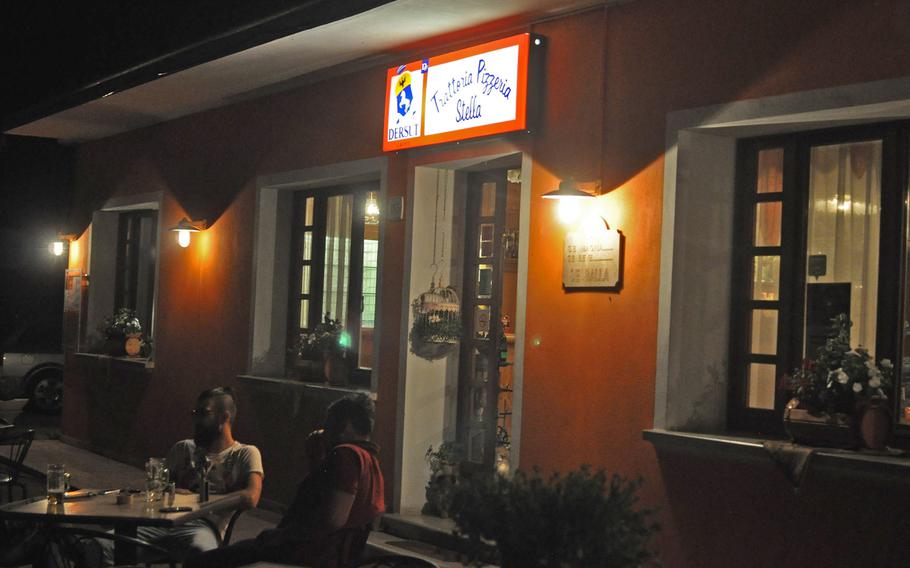 Trattoria Pizzeria Stella sits just off the road that connects Vigonovo and Polcenigo and is a short drive from Aviano Air Base, Italy. (Kent Harris/Stars and Stripes) 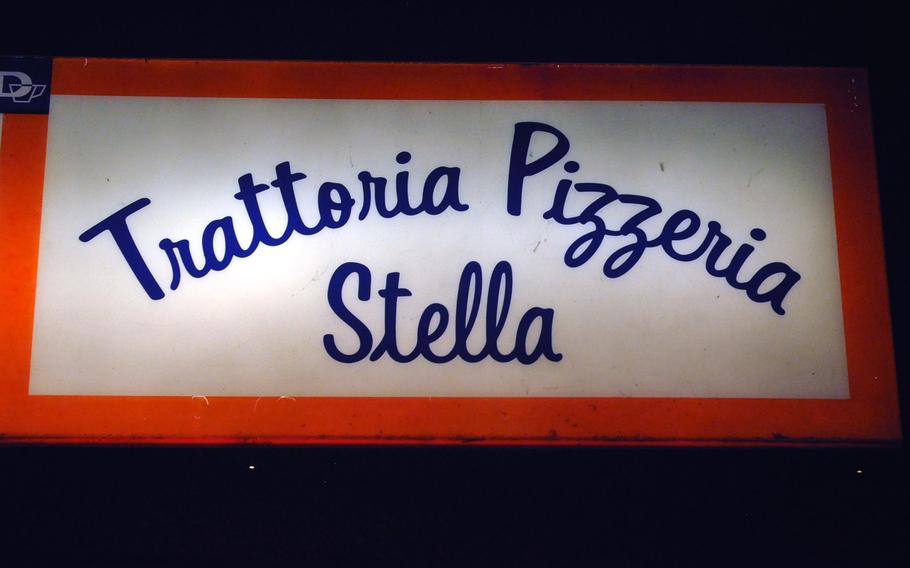 Trattoria Pizzeria Stella has been serving customers for a decade. (Kent Harris/Stars and Stripes)

Stella Greco received an unusual birthday present about a decade ago.

She had just turned 18 and her parents handed her the keys to a building that would eventually become Trattoria Pizzeria Stella.

“I didn’t know what I wanted to do,” she said of her career aspirations at the time.

Today, the 27-year-old spends most of her time in the kitchen, preparing pizzas and other food for diners. Her mother, Louisa, who has spent decades working in restaurants in Germany and Italy, serves as hostess.

Stella Greco says much of the food is a tribute to what her grandmother served her growing up. So the family apparently ate pretty well.

Start with the appetizers. Many diners might want to stop there, because they’re fairly filling, with large portions, especially for the price (7 euros).

The menu changes every week. But recent options included a cutting board featuring sliced meats, cheeses and other fixings that could serve as a complete meal — especially if you consider the complimentary bread basket. Other options included prosciutto with melon and artichokes, prosciutto with creamed radish, and montasio cheese with peppers and potato slices.

A favorite for locals, Stella Greco said, is breadsticks fried in beer and bacon fat. This is not the place to go on a diet.

First-course dishes included trofie pasta with pesto, cheese and dried tomatoes; fusilli pasta with asparagus, cheese and prosciutto; and spinach-filled ravioli. Second-course options included sliced beef with ruccola; steak with mushrooms and sweet cheese; sliced chicken; or a vegetarian plate featuring cheese, polenta and fried vegetables. Many kids would be satisfied with a side of fries (3 euros).

Four dozen types of pizza are on a separate menu that includes various beers and wines.

There are about a dozen tables inside — as well as a small play room for kids that features a toy stove Stella Greco once played with — and another dozen spots for people to eat on a covered patio outside in warmer weather.

Directions: Coming from Aviano, take a right at the traffic circle in Vigonovo and head toward Polcenigo. The restaurant is on the right a few blocks before the city limits.

Clientele: Local Italians with some American customers who live nearby.

Hours: Open for lunch daily and dinner six days a week; closed for dinner on Wednesdays. Also closed for lunch on Sundays in August.