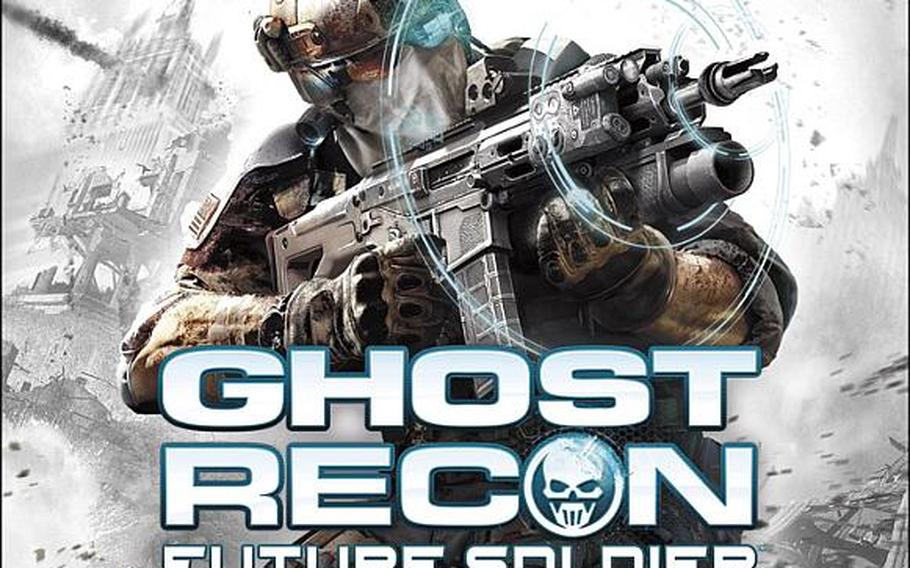 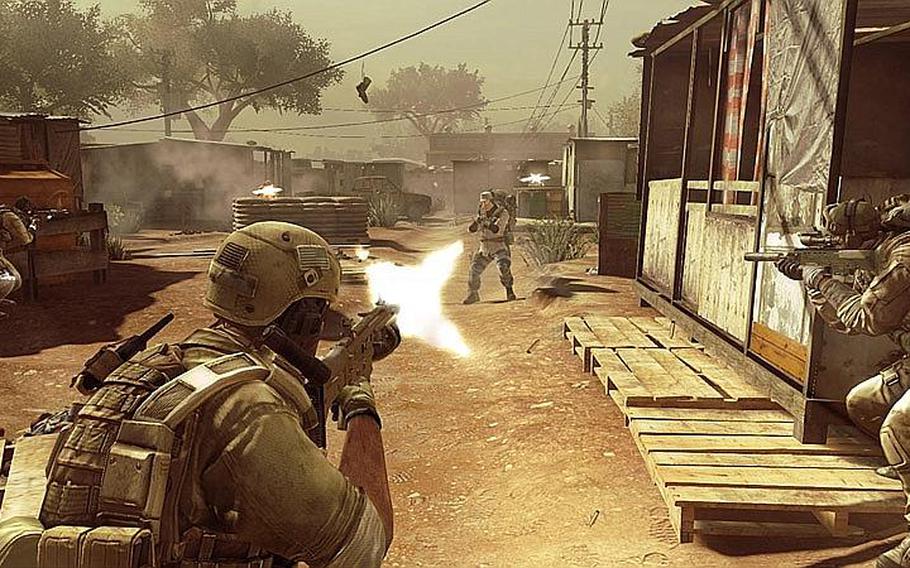 Step into the future as the ultimate soldier in 'Tom Clancy’s Ghost Recon Future Soldier,' which offers access to a massive, a high-tech weapons arsenal, spy drones and advanced optical camouflage technologies, right, that allow you to go invisible. (Ubisoft)

The “Ghost Recon” warriors definitely live up to their name in the franchise’s latest edition. Camouflage that adjusts chameleonlike to the surroundings lets the special operations troops haunt the battlefield with deadly results.

The high-tech camo is just one of the technological wonders that give the operatives in “Tom Clancy’s Ghost Recon Future Soldier” an edge over their foes. They can call on sensors, drones and what are basically X-ray goggles to find and defeat the bad guys.

In the M-rated shooter from Ubisoft, you play as part of a four-member team that has been assigned to track down weapons traffickers. You’ll find yourself fighting in South America, Africa, the Caucasus and Russia. If you’ve played any game about modern warfare in the past five years, you’ll be able to guess the general direction the story is taking. However, it’s still a fun journey.

The missions generally involve finding a person or piece of intelligence and usually require some degree of stealth — at least at the beginning. This is where your gadgets are most helpful. Of course, most missions eventually end up with assault rifles blazing and grenades exploding, which should satisfy those with twitchy trigger fingers.

The combat mechanics have been revised quite a bit since the popular “Ghost Recon Advanced Warfighter 2.” Many of the changes are related to the new gadgets. However, almost every aspect of the game — from aiming to taking cover to switching gear — has been refined to make the action much more fluid.

The biggest change concerns the way you handle your squad. In previous editions of “Ghost Recon,” you had complete control of your team, giving them movement and combat instruction in every engagement. In “Future Soldier,” your teammates make their own decisions on almost everything. The only time you need to direct your comrades is when you designate targets for a synchronized shot. Fortunately, the artificial intelligence is very good so your teammates don’t open fire when they shouldn’t and come to your aid when they should.

You also now have a great amount of control over the components of your weapons. You can select different barrels, stocks, optics, muzzles and attachments in the Gunsmith Mode. You can tweak your weapon to suit your style of play, boosting your range, maneuverability or rate of fire with different weapon components. Those who have a Kinect attached to their Xbox 360 can use the motion- and voice-sensing gadget to help navigate the Gunsmith Mode. Personally, I’m satisfied with the traditional controller.

The campaign can be played solo or with as many as four players online. This can be tremendous fun as long as everyone’s on the same page. Co-op play must be genuinely cooperative to be successful. The ability to share battlefield intelligence, sync shots and heal your teammates is vital.

This is even more true in the game modes outside the campaign. For example, a lone wolf who wanders from the pack and dies in the Guerrilla survival mode will end the game for all players. And success in the competitive multiplayer mode is dependent on all players working together and using the full capabilities of the different combat classes.

Although the need to work as a team won’t make many fans among the running and gunning fans of “Call of Duty,” the multiplayer mode is one of the best available. The mode offers a good array of team-based challenges on well-designed maps that provide a good mix of close and long-range combat. The three classes offer an interesting blend of abilities. The soldier can use heavier weapons and wears heavier armor. The engineer can use drones to survey the battlefield. And the scout can use active camouflage — although this is definitely not a fool-proof cloak of invisibility in the multiplayer mode.

The graphics are generally very good, although facial renderings are a bit weak and some of the characters move stiffly in the cut scenes.

The game has an M rating but seems to earn the mark only because of its intensity and some relatively minor swearing.

Bottom line: “Tom Clancy’s Ghost Recon Future Soldier” is a great game and is certain to be among the year’s top shooters.