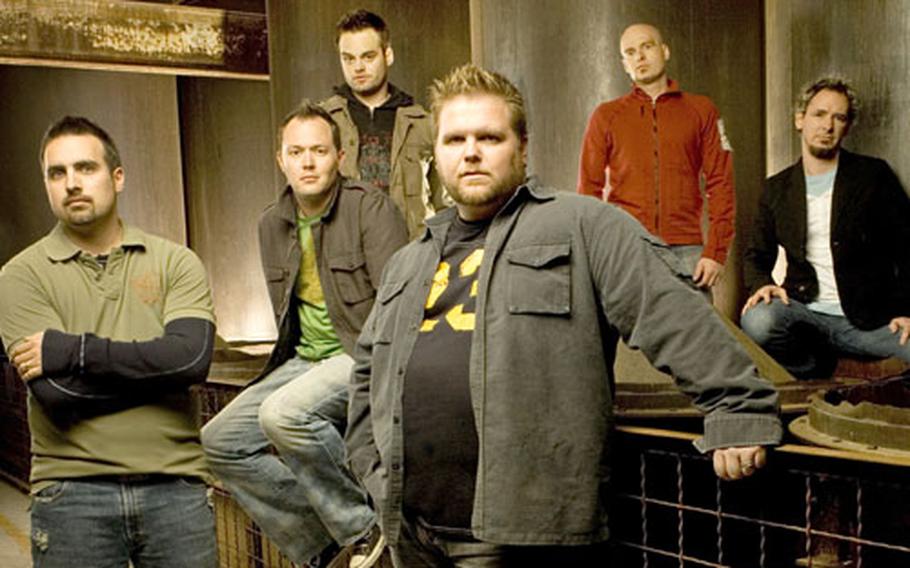 “Coming Up To Breathe” is the latest disc by the praise band MercyMe. Lead singer Bart Millard, front, is in top form for the band’s latest outing. (INO Records)

The disc &#8212; which hit No. 1 on Billboard&#8217;s contemporary Christian chart &#8212; offers rock, pop ballads and more as it dishes out encouragement and praise.

We&#8217;ve come to expect solid praise songs and insightful lyrics from MercyMe. &#8220;Coming Up To Breathe&#8221; delivers those but also offers quite a bit of fun.

Concerts for troopsIn coming days, troops in Germany will have the not-so-ordinary opportunity to hear from a young band called Ordinary Man.

The concerts are free and sponsored by the U.S. Army Garrison Hessen Chaplains Office.

Ordinary Man, which formed about two years ago, takes its name from the passage in the Book of Acts that describes how people were astounded by the teaching of the apostles, who were just ordinary men.

I quickly realized the disc was by Ana Laura and, wow, she can sing.

Ana Laura, whose last name is Chavez, delivers rich vocals that can soar when a song demands it. For example, &#8220;If You Ever Fall&#8221; pours out a heartfelt plea to land in the arms of God. And &#8220;Safe In You&#8221; glides gracefully as it offers comfort.