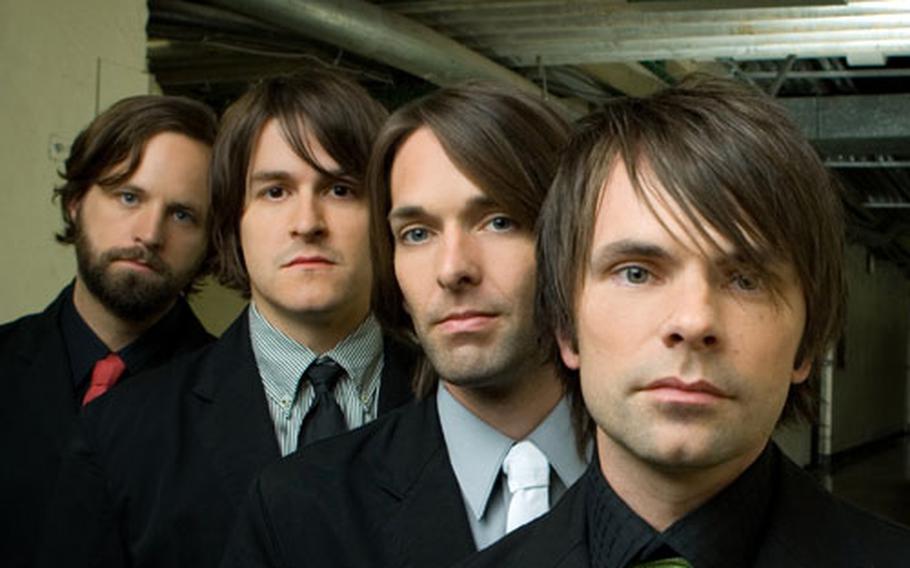 We want to do good, but our inner monsters often get in the way.

Jars of Clay takes a hard look at this tricky situation and comes up with an incredibly powerful and appealing disc in &#8220;Good Monsters.&#8221;

Starting with the blistering guitar assault in the opening track, the CD carries listeners on a musical and emotional thrill ride. The disc delivers old-style Jars&#8217; rock, occasionally mixed with bluegrass elements left over from the band&#8217;s acclaimed &#8220;Redemption Songs.&#8221; And Dan Haseltine&#8217;s vocals perfectly convey all of the emotions contained in the deeply insightful lyrics.

The title track then sends the disc accelerating back into rock territory, asking: &#8220;Do you know what you are?&#8221; The answer: a good monster. It&#8217;s a tough act to follow but Jars, incredibly, manages to increase the power by easing off on the tempo. &#8220;Oh My God&#8221; starts as a simple acoustic ballad that slowly builds into an incredibly emotional indictment of our fallen &#8212; monstrous &#8212; nature and a plea to God.

&#8220;Take Me Higher&#8221; is steadily assertive in its praise of what God can do. The complicated nature of human love gets a Johnny Cash-like treatment in &#8220;Mirrors & Smoke,&#8221; a duet featuring Haseltine and Leigh Nash, formerly of Sixpence None the Richer.

Our internal struggle has been described by Christian writers since the Apostle Paul. However, it has rarely been presented to the postmodern audience in a form so lyrical, powerful and approachable.

Leeland offers up new discFresh ideas for praise are always welcome, and you can&#8217;t get much fresher than Leeland &#8212; the band fronted by 17-year-old Leeland Mooring.

&#8220;Sound of Melodies&#8221; is a surprisingly deep and rich collection of praise songs, featuring Mooring&#8217;s restrained vocals and a full-sounding progressive rock.

Each song is well-crafted and engaging. However, while each track touches you, none really grabs you. At many points, Leeland seems ready to soar &#8212; but never really takes off. In a way, that&#8217;s good since it leaves the listener eager for more.

He&#8217;ll also be in the Netherlands during this tour. Details weren&#8217;t available at press time. If you live in the Benelux, keep an eye on the Web at www.donmoen.com.