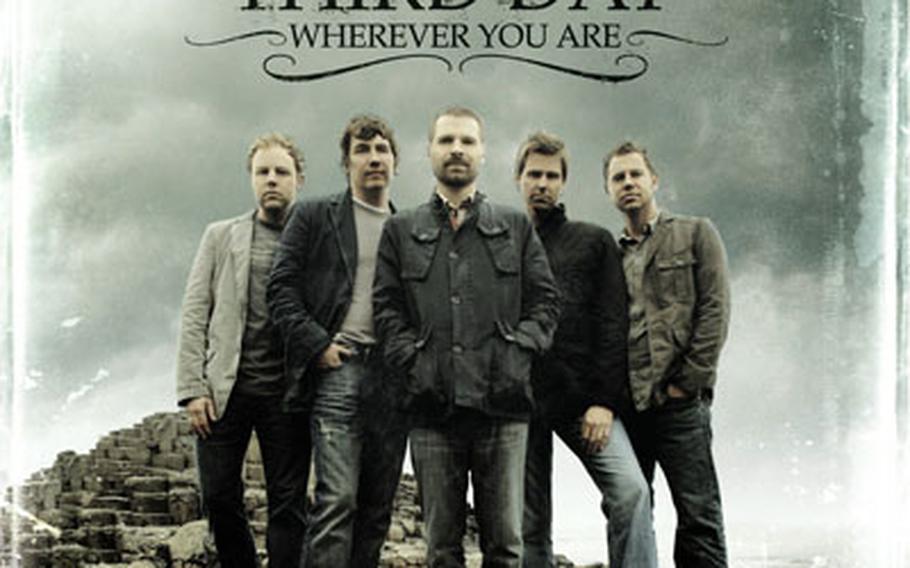 Third Day’s new album, “Wherever You Are,” includes the single “Cry Out To Jesus,” which served as a rally cry for many hurricane relief workers. () As survivors and relief workers struggled in the wake of Hurricane Katrina, many drew comfort and encouragement from a song.

The song spoke directly to the pain and suffering. It was quickly embraced by radio stations and relief agencies as a rallying cry.

The only problem: It hadn&#8217;t actually been released yet.

The rock band&#8217;s next album, &#8220;Wherever You Are,&#8221; was still more than two months from release. However, radio promoters heard early samples of &#8220;Cry Out to Jesus&#8221; after Katrina and pushed for the song to be released immediately. It was posted on Third Day&#8217;s Web site, available for download.

After that, the band started encouraging donations for hurricane relief at its concerts &#8212; raising tens of thousands of dollars.

Overall, Third Day&#8217;s southern rock flavor comes through, though it&#8217;s a tad muted. And that&#8217;s fine. A roaring rock anthem would feel misplaced on a disc that aims to console and encourage.

The message of hope is something that the band itself needed during the disc&#8217;s creation. Members and their families encountered a number of struggles and losses. However, from their difficulties arose an album that has brought comfort to others.

Songs of beautySara Groves has a gift for exploring the nature of human relationships and exposing the pain, frustration, joy and hope that emerge when people get together.

It&#8217;s a gift that results in tender songs that prompt deep reflection.

Her new disc, &#8220;Add To The Beauty,&#8221; digs into the feelings and events that mark every marriage and comes up with rich nuggets of insight and wisdom. Her soft, sweet voice and simple but rich, folk-leaning accompaniment touch the heart as well as the mind.

Overall, &#8220;Add To The Beauty&#8221; touches on many of the same themes as Groves&#8217; previous three albums. However, it seems more self-assured and focuses even more on simple joys and hope. It&#8217;s a great message for the season.