The zombies are dead, but your choices are very much alive 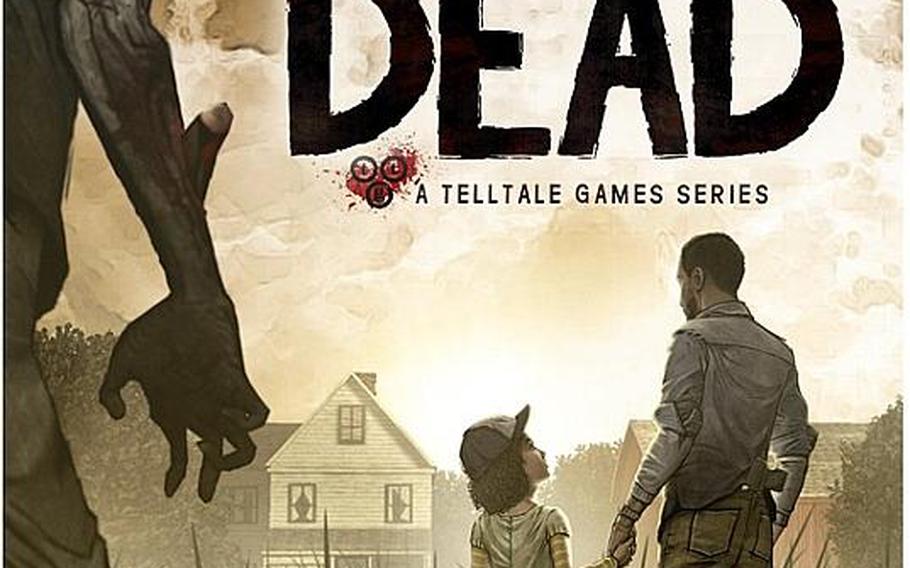 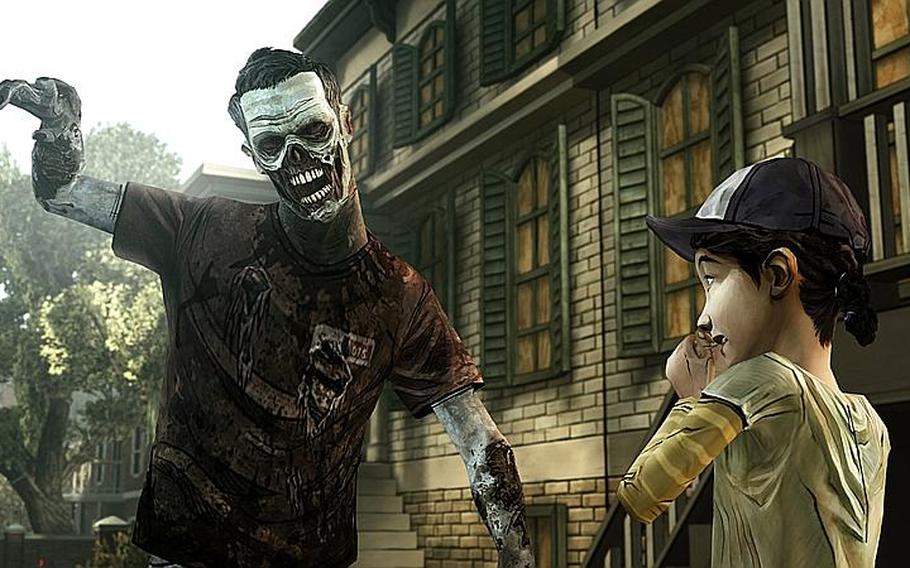 “The Walking Dead” has plenty of plot twists and turns that will stick with users. (Courtesy of Telltale Games) 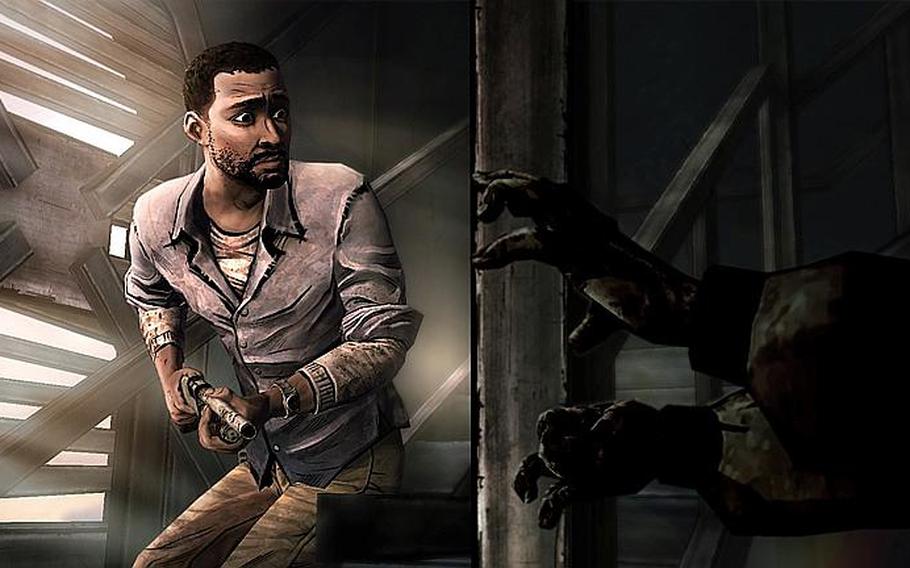 “The Walking Dead” has plenty of plot twists and turns that will stick with users. (Courtesy of Telltale Games)

In Telltale Games’ episodic adventure game adaptation of “The Walking Dead” series of comics, the player takes on the role of Lee, a middle-aged African-American man. On your way to prison for a crime of passion, you make small talk with the officer in the front seat until a sudden accident leaves you unconscious in the mangled wreckage of the patrol car. After busting your way out of the vehicle, you find yourself, and a young girl you meet soon thereafter, battling for survival in a world where the dead have returned to life.

It might not sound much different from the setup of the countless zombie-centric games to grace screens this console cycle, but rest assured, “The Walking Dead” will stick with you in a way few games ever will.

Part of the credit for that goes to the game’s plot, which unfolds at a measured, but never sluggish, pace. The producers keep players on their toes with enough plot twists and turns that you can never be quite sure what is in store for your weary (and ever-shrinking) band of survivors, who are themselves well-written enough that you will find yourself emotionally invested in their fates. Danger lurks everywhere, and zombies are often the least of your worries, as other survivors frequently prove just as dangerous, and nearly as unreasonable.

But what really makes “The Walking Dead” stand out is its tremendous moral choice system. When talking to other characters — something that, it should be noted, is what you spend much of the game doing — you are presented with a range of possible responses, a la “Skyrim” or “Mass Effect.” However, unlike in those games, and most others that offer some sort of moral choice system, there is almost never a clear-cut good/evil, right/wrong response.

Indeed, “The Walking Dead,” in both the choices it offers and the story it tells, exists in a world colored by shades of gray. Do you lie to cover up your criminal past, trading peace of mind in the present for the chance of being found out later? Or do you come clean and hope for the understanding of your companions? Do you save a boy who has been part of your group for some time from a horde of Walkers (the game’s preferred nomenclature for zombies), or the young man you just met who might be of greater help down the road?

These decisions and more are all yours to make, but don’t expect the game to tell you if you’ve made the right choice.

Rather, nonplayer characters will remember your responses and make judgments of you accordingly, shaping how the story unfolds in sometimes explosive, but more often subtle, ways. Telltale Games should be applauded for crafting a game that causes the user to seriously contemplate what it means to do good or evil in a world where one’s traditional moral compass has no bearing. You will make decisions you later regret. You will make decisions that cost the lives of your companions. And when you turn off your console and go to bed, you’ll likely find yourself lying in the dark, still wondering if there was something you could have done differently.

These events, which might involve moving the cursor to kill a Walker in a short time window, or simply choosing to save or not save a desperate survivor, occur organically, and do not disrupt the flow of play the way QTEs often do in other genres. Furthermore, like the choices you make during conversations, these are not typically pass/fail decisions. While there are times that failure to accomplish an objective will result in game over, generally these events simply further the plot in one direction or another.

While “The Walking Dead” doesn’t offer the frenetic thrills of the latest first-person-shooter, the wide-open sense of freedom of a sandbox adventure, or the scores of multiplayer options now common in most games, it does provide one of the most engrossing single-player experiences you’ll find this year. And with a price of $5 for each of the five downloadable episodes, it provides entertainment value more than commensurate with many other full-price titles. It stands as a triumph of interactive storytelling, and should be included in any conversation for 2012’s game of the year.

Bottom line: A must-play for fans of the comic, television series, or being entertained.