The power of being positive to yourself 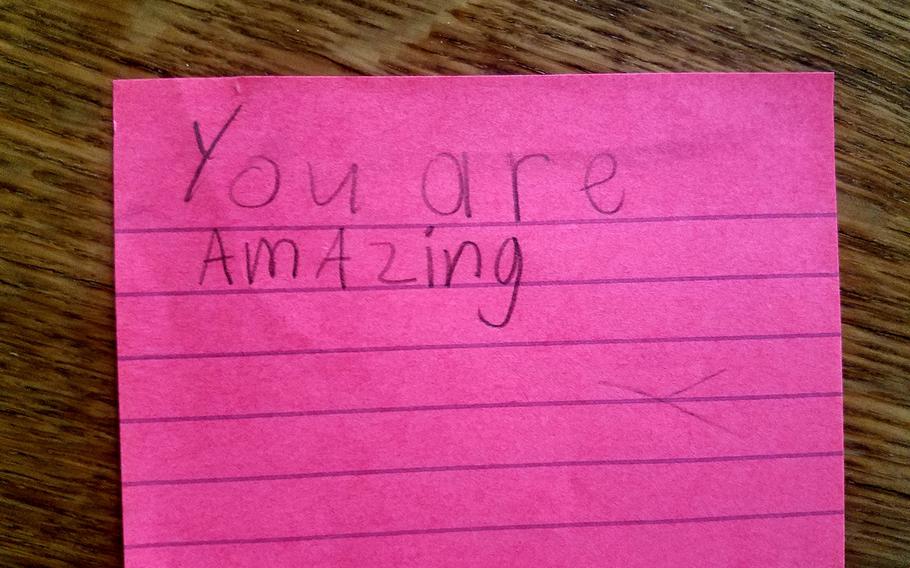 I had taken the part-time library job out of desperation. After interviewing and being rejected for three other positions because I “didn’t have enough experience” (a common problem for military spouses), I accepted the offer to work weekend night shifts at the boarding school library.

Although I was grateful to be employed, the job branded me with a permanent feeling of defeat. I had been working as a freelance writer for more than a decade and was a licensed attorney, but the 10-hour-a-week library job represented my first outside employment since the ’90s, when I quit my legal job to stay home with the kids.

The decision to look for outside employment had been a tough one after so many years. But I had mustered the courage, telling myself that, although I had gaps in my résumé, employers would understand the challenges of military life, and would see me as a capable candidate.

Three tough rejections later, I had to come to terms with the brutal fact that no one would interpret my status as a military spouse as “work experience” — I would need to prove myself before an employer would believe in me. Not an easy task, because I didn’t always believe.

“You’re stupid. You talk too much. You’re fat. You’re boring.” These were the subconscious insults I had hurled at myself since adolescence. During periods of insecurity and stress, I unknowingly turned on myself, engaging in an inner dialogue that was self-defeating and counterproductive.

Having grown up in arguably the last generation of hard knocks, before millennials made narcissism and entitlement acceptable, I hid my insecurities and got on with the business of life. Despite my secret lack of confidence, or perhaps because of it, I pushed myself to earn degrees, seek relationships, pursue a career, succeed in marriage, commit to parenting and create a healthy household for our military family.

But those insecurities were there, constantly threatening to derail me.

It wasn’t until my teenage daughter began battling her own inner naysayer that I became cognizant that “negative self-talk” was a thing. Like many adolescents and teenagers, and like me when I was her age, my daughter had begun to hate herself without truly understanding why. Although the reasons are complex, negative self-talk can develop when a teenager becomes aware of social hierarchies, her physical appearance and her place in the world. This competitive environment, made worse by social media and parental expectations, can lead to feelings of inadequacy and negative coping mechanisms.

Research has shown that those who engage in negative self-talk are more anxious, depressed and socially maladjusted. Therapy often involves training oneself to use positive inner dialogue to avoid the downward spiral of negativity. Essentially, words matter, and can have a powerful impact on one’s mental well-being.

Two months into my library job, I was behind the circulation desk, hiding away from the scrutiny of the students and faculty, who surely thought I was an idiot. A door opened, and a resident faculty member entered with her three young daughters. They often came in at this time, to return books and check out more. I saw the soft brown curls of the eldest, who couldn’t have been more than 5 or 6, bobbing by the desk at her mother’s side. “Go ahead, you can put it there,” her mother whispered.

While her sisters fought over who would drop books into the return slot, the one with brown curls reached an arm up over the desk and slapped something pink onto the wood surface. I turned back to my computer, and the three sisters toddled off to the children’s section.

A few minutes later, I was scanning their newly selected books and printing due date slips. It was so sweet, I thought, that a book about a cartoon rabbit was such cause for excitement.

And then I saw it. The pink note stuck to the desk. Peeling it away, I deciphered the words scrawled in pencil.

“You Are Amazing,” it read. I felt the power of those three simple words, and for that moment, I believed.