The life-changing experience that is LASIK 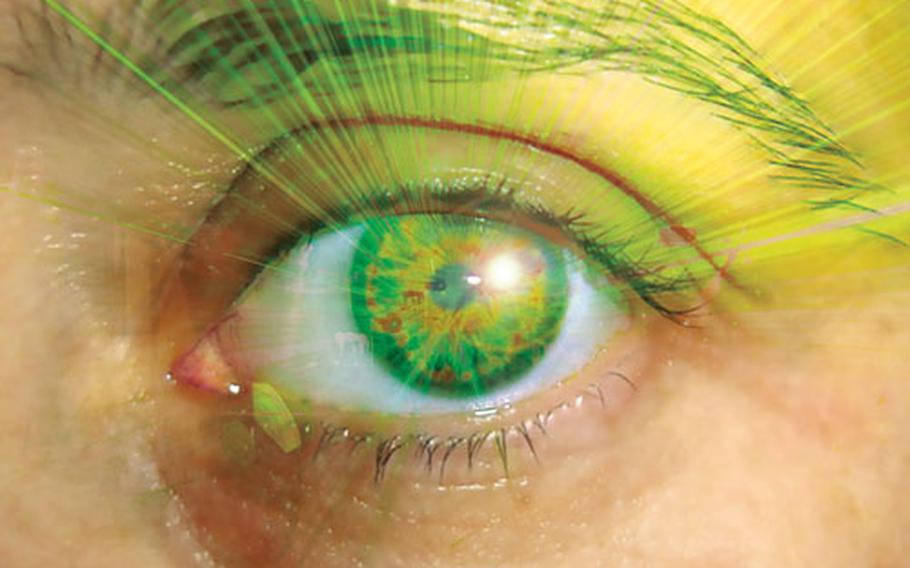 Laser eye surgery doesn’t work perfectly for everyone, but for many, the conversion to perfect vision is miraculous. (Illustration by Siegfried Bruner/ S&S)

Laser eye surgery doesn’t work perfectly for everyone, but for many, the conversion to perfect vision is miraculous. (Illustration by Siegfried Bruner/ S&S) 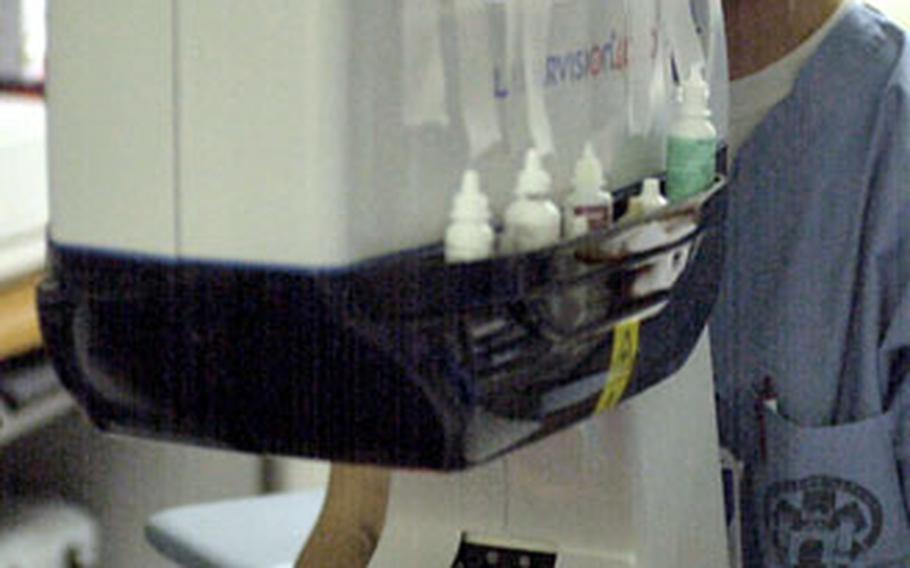 For most of my life, I have been legally blind.

In middle school, I sported thick, wire-rimmed glasses that screamed &#8220;nerd.&#8221; When I switched to contacts, I looked better but my vision got worse. I lost or tore dozens of contacts and went through enough contact solution to fill an Olympic-sized pool.

But in just 15 minutes a few weeks ago, my vision and my life changed.

My eyesight went from 20/800 to 20/20 with LASIK eye surgery. I know that tens of thousands of people have had the procedure done, but to me the ability to see without glasses or contacts is still a miracle. It has literally opened my eyes to a new world.

The procedure is fast and painless, but I thought long and hard before getting it done.

I had considered laser refractive surgery since the Food and Drug Administration approved it in the 1990s. But I didn&#8217;t go through it because of the cost, and I was afraid something might go wrong with a surgery relatively new in the United States.

I reconsidered after a doctor in Germany told me that my years of wearing contacts longer than I should and in places like Iraq and Afghanistan had permanently damaged my eyes. I could no longer wear soft contacts.

I wanted to get the procedure done close to my home in Kaiserslautern, Germany, but the doctors I found charged between $5,000 and $6,000 for both eyes. I considered getting the procedure performed in eastern Europe, where patients can get it done for as little as $1,800 for both eyes, but it seemed too big of a risk.

Since I&#8217;m a civilian and cannot get the procedure performed at a U.S. military hospital, I went to my home state of Ohio. There, I saw Dr. Robin Beran of the Columbus Laser Center. After weeks of researching doctors, I decided on him. Laser surgery is his specialty, and he has performed more than 30,000 procedures.

I met him on a Tuesday, the day after I arrived from Germany. The first step was to get a checkup to see if I was a good candidate for refractive surgery.

Patients who do not have stable vision or have chronic dry eyes, large pupils or poor eye health are generally not considered good candidates. The doctor who conducted the screenings said I met the criteria.

There are two types of refractive surgeries: Photorefractive keratectomy &#8212; or PRK &#8212; and laser-assisted in situ keratomileusis &#8212; more commonly known as LASIK.

PRK, which is the common method used by U.S. military hospitals, uses an excimer laser. It reshapes the cornea by removing small pieces of tissue from the surface. In LASIK, the doctor uses an instrument to slice a thin flap on the cornea and removes the tissue beneath the flap.

Studies have shown that both procedures provide similar results, but the major advantage of LASIK is that it is not as painful, and good vision can sometimes be obtained almost immediately.

Since I planned on returning to Germany in a week, my only choice was LASIK. But Beran said he would have recommended LASIK over PRK regardless because of the success he has had with the method.

On the day of the procedure, I was given anesthetic, numbing eye drops. I had read horror stories of the side effects of the surgery on the Internet and looked at some gruesome pictures to know what could go wrong, from poor night vision to blindness. It wasn&#8217;t pretty.

Only a small fraction of patients have serious complications, so I was more excited than scared. The Valium pill they gave me minutes before the surgery also put me at ease.

They had me lie down below the laser, which had a green light I was told to stare at when the laser was in use.

My greatest fear was of the contraption used to hold my eyelids apart to prevent blinking. I had seen pictures and videos of the procedure, and it looked like a scene out of &#8220;Minority Report,&#8221; when Tom Cruise is getting his eyeballs swapped. I thought it would be uncomfortable, but with the numbing drops I didn&#8217;t feel a thing. Again, the Valium didn&#8217;t hurt either.

Beran marked my cornea and prepared it for the laser. Then he put a metal ring around my eye socket that felt like pressing a telescope eyepiece firmly against my face. Moments later, a mechanical blade sliced the flap on my cornea. For a second, I couldn&#8217;t see a thing.

It was one of the strangest times of my life to have my eye open completely and not see anything. It lasted only briefly before the laser started going to work.

I stared at the target light as the laser was turned on. I didn&#8217;t feel it burning off parts of my cornea, but I could smell it and heard the buzz of the laser correcting my eye. It took less than 30 seconds to do my right eye.

Then, he did my left eye. The whole surgery took no more than 15 minutes.

When I was done, I was told to rest sitting up with my eyes closed for about 10 minutes in another room. After my eyes were given a quick look, I was allowed to leave. Although some people notice immediate results, my eyes were blurry. It looked like I was seeing through a couple of dirty contacts.

I had to wear a pair of protective plastic shields the first 24 hours and sleep with them the first week. Sunlight and bright lights were unbearable the first few hours after surgery. As my father drove me to our hotel, I had to keep my eyes shut because of the blinding afternoon sun.

When the anesthetic wore off, my eyes burned and welled with tears. As long as I kept my eyes closed, the pain wasn&#8217;t too bad.

Center staff members said that patients typically feel better after a long nap. They were right. I slept for four hours and when I awoke, the pain was gone and the tearing had subsided.

I could see pretty well, too, but it was still a little blurry.

The next day, the day before I would leave Ohio for Germany, I got a post-operation exam. Although I could see quite well with my left eye, my right eye was a little weaker. Doctors say it takes several months for vision to stabilize after the surgery and a full six months to be completely healed.

Three weeks after the surgery, I was seeing 20/20 in my left eye and 20/30 in my right. Although a German doctor said on my first visit he thought he saw signs of striae, or small wrinkles in the flap of my right eye, I continued to see a little better each day. Two months after surgery, the same doctor said I see 20/20 in both eyes and there is no striae.

I know it has been less than three months after my surgery, but a day doesn&#8217;t go by that I am not thankful for my new vision.

I can see the clock radio at the side of my bed for the first time. I will be able to go swimming this summer without having to worry about losing a contact lens. I can wrestle with my two sons without worrying about breaking my glasses. I don&#8217;t have to go to a place like Iraq or Afghanistan on assignment and worry about dust getting lodged under my lenses or risk a painful corneal ulcer.

I can see, and it is the best thing I have ever done for myself.