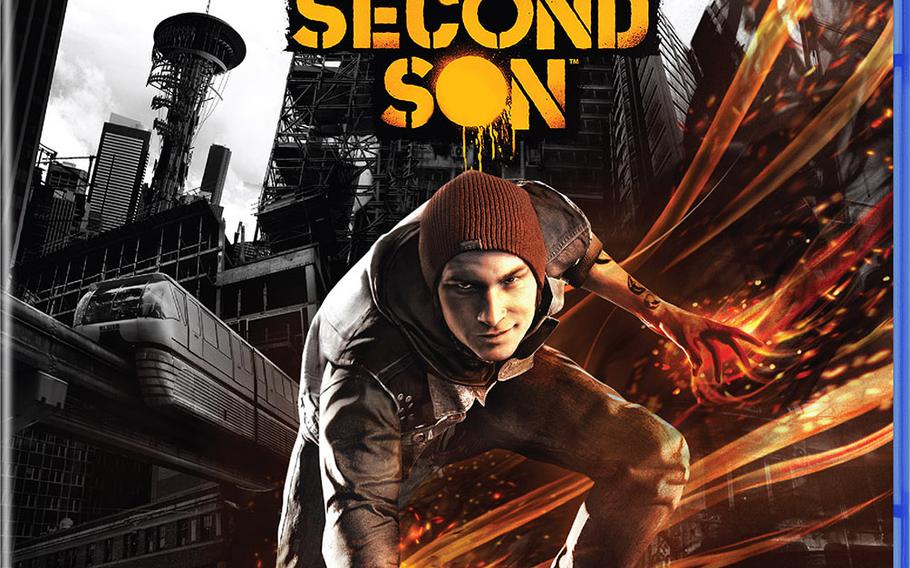 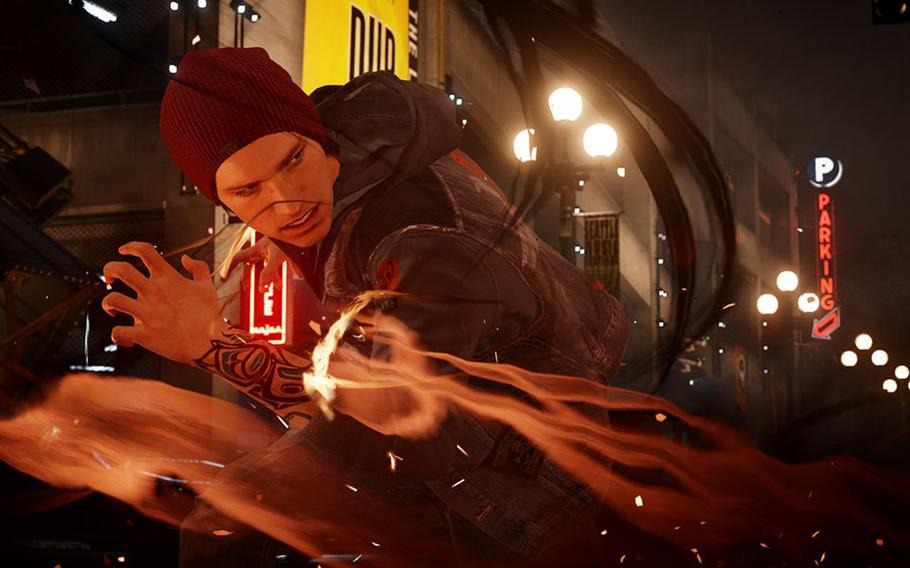 Created by Sucker Punch, the “inFamous” series is best described as a superpowers action simulator, in which the actions you take in-game will result in you becoming a superhero or a murderous villain. (Sony) 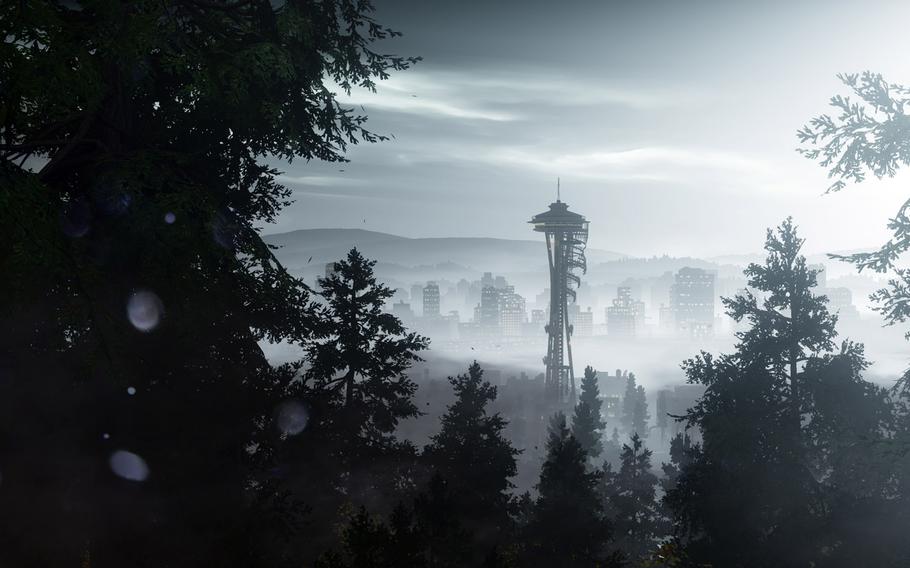 “Second Son” gives a new protagonist in the form of Delsin Rowe, whose story is told against the backdrop of Seattle. (Sony) 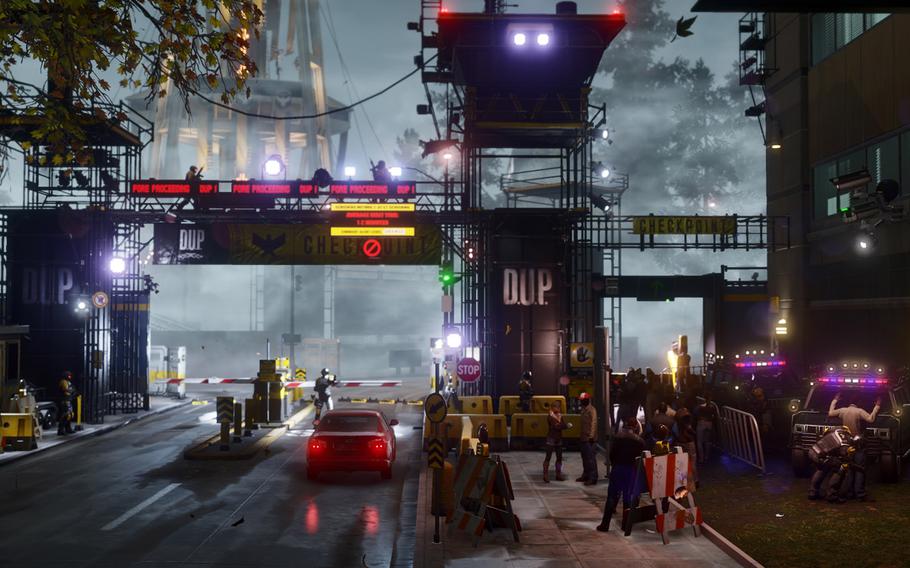 While the combat is front and center in “inFamous,” the storyline has a couple of neat hooks that help bring it above the comic book storytelling it generally falls back on. (Sony)

“InFamous: Second Son” is aptly named, as it’s really the second big exclusive for the PlayStation 4 and as such, has a fair amount of expectation placed on it. Owners of the PS4 really needed “inFamous” to step up and fill a void in the quality of available titles that “Knack” and “Killzone” just haven’t filled.

Luckily, “Second Son” is here, and it definitely helps justify the high cost of being an early console adopter.

Created by Sucker Punch, the “inFamous” series is best described as a superpowers action simulator, in which the actions you take in-game will result in you becoming a superhero or a murderous villain.

The first and second “inFamous” games focused on superpowered protagonist Cole McGrath as he ran around fictional analogs of New York City and New Orleans, either saving citizens and defeating evil or kicking puppies and generally acting like a big, electric jerk. This binary good or evil system lies at the heart of the franchise and influences everything from gameplay to story progression.

“Second Son” doesn’t diverge from this formula much, although it does give us a new protagonist in the form of Delsin Rowe, whose story is told against the backdrop of the very real city of Seattle. Delsin is a small-time delinquent, specializing in graffiti and annoying his big brother, who just happens to be a local police officer. Through a chance encounter, Delsin finds out that he’s a “Conduit” — the name given to superpowered folks in the “inFamous” universe — with the ability to copy other Conduits’ abilities. After a bit of exposition, he and his brother find themselves in Seattle with designs on taking down a corrupt government official.

In order to do this, Delsin has to chase down other Conduits in order to borrow their powers. To do this, he’ll have to make a series of decisions that will influence how the game plays out, both in how the story is told and how the abilities he gets will be used. If you make heroic decisions, your powers will be more benign. If you decide to be more villainous, your powers will be more combat-oriented.

While the past “inFamous” games toyed with different abilities, they never gave players the number of skills found in “Second Son.” Without spoiling it too much, by the end of the game, Delsin has access to four sets of powers. Some of those abilities are basically palette swaps with one another, but there is enough variation between the abilities that players can adjust to fit their own play style.

Personally, I used the power that allowed me to run up walls when I needed to get from point A to point B, then I’d drain some smoke powers when it was time to throw down. The power subsets can’t be changed on the fly, but are switched up by finding one of the appropriate power sources scattered across the map and draining it. I wish we had been given the ability to change between abilities a bit quicker, but that’s a minor nitpick.

Generally, a power set has a ranged attack, a transportation mode, a melee attack and a super attack, which is powered up by gaining combat “karma.” For instance, if you use a power to disable an enemy, rather than kill him, you’ll gain good karma points that will add up until you can unleash the big attack.

Only one of the power sets is missing this mega attack, which is sort of unfortunate, as it leaves that one feeling a bit unfinished. Other than that misstep, the combat system is extremely satisfying, thanks to a fluid set of controls that always feels like you’re in charge. Action games live and die on their controls and ability to keep the action fresh, and thanks to the various sets of powers and fine control you have over the combat, the action in “Second Son” never gets boring.

While the combat is front and center in “inFamous,” the storyline has a couple of neat hooks that help bring it above the comic book storytelling it generally falls back on. The best hook is tied into Delsin’s graffiti artist background. His internal monologues are told with a stylized graffiti flair, and one of the common side missions builds on his background by having players hold their controller like a can of spray paint to tag surfaces throughout Seattle. The light on the Dualshock even changes colors depending on the color of paint being used, which is a nice touch.

The side missions scattered through the city aren’t as exciting as the combat or story though, as there really isn’t much variety in the handful the games gives you. Completing them will free up sections of the city, which doesn’t do much to affect the game besides giving access to a fast travel point. It would have been nice to have some sort of reaction from the antagonist as you slowly whittled away her control over Seattle, or even change up missions from sector to sector, but it was the same handful in each area. It turned opening up the city into somewhat of a slog, with no real payoff for the player, save for an unlocking of a different design for the back of Delsin’s vest.

Those are really minor annoyances, though. The game is bound to be a hit for PS4 owners, and for good reason. It marries fantastic visuals with a fun, albeit basic, story and fantastic combat. For fans of the previous games, there is bound to be a sense of déjà vu, but there is enough new here for the formula to feel sufficiently refreshing.

Those who haven’t played the previous “inFamous” games won’t be lost as the story and setting are brand new, though those players might not get the Easter eggs and fan service scattered across the world. Both sets of PS4 owners really have no reason not to pick up “inFamous: Second Son,” as it’s easily the best game on the console right now.

Bottom line: If you have a PlayStation 4 and like fun, “Second Son” is a no-brainer.