Spirit of carnival lives on in these museums, monuments 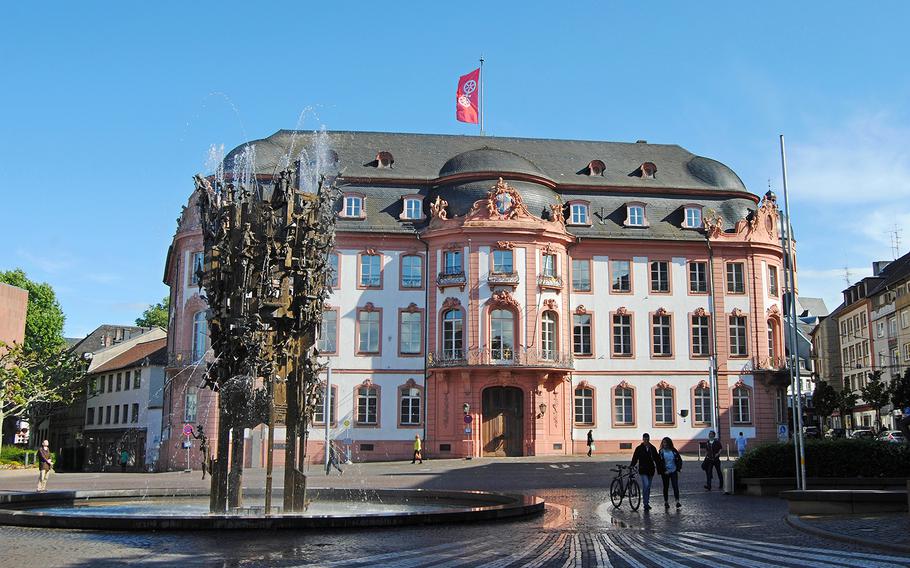 The Fastnachtsbrunnen fountain on Schillerplatz square in Mainz, Germany, is covered with historic buildings and people, including symbols of carnival. (iStock)

To the surprise of no one, the carnival festivities that would normally make this coming week one of the liveliest ones of the winter season have been canceled in 2021. Despite the lack of parades and street parties, the spirit of carnival is so intertwined with local cultures that a number of museums and monuments honor this singular, silly season and all the rites associated with it year round. Here are a few places to feel that carnival vibe no matter the season. (The museums mentioned remain closed for the time being.)

GermanyGengenbach: This picturesque town on the western edge of the Black Forest follows Alemannic carnival traditions, known for its characters wearing hand-carved wooden masks and street celebrations with a folkloric flair. The Gengenbach Fools Museum makes its home in the Niggel Tower, the traditional home of the Hemdeglunker, the roguish main character of Fasend traditions. As one ascends the 118-foot-high, 14th century watchtower, the masks and costumes of warty-nosed carnival witches, old women and farmers peer out from stony nooks and perches high upon the rafters. Explorations conclude at the viewing platform atop the tower. The museum is open 2 p.m.-5 p.m. on Wednesdays and Fridays from April until October, and admission costs 3 euros for adults and 1 euro for children. Online: tinyurl.com/ii1flewr

Kitzingen: This small city just east of Wuerzburg in Bavaria’s Franconia region makes an unexpected location for a museum covering the diverse carnival customs practiced throughout German-speaking lands. The Deutsches Fastnachtsmuseum, or German Carnival Museum, contains several thousand objects relating to carnival rites from the Middle Ages through the 19th century. Early masks, costumed mannequins, photos and more are complemented by multimedia presentations. A highlight of a visit is the virtual “fools theater” in which 12 costumed figures representing carnival stronghold communities speak about their customs. The sound of the traditional carnival cries of “Helau” and “Alaaf” coupled with the sight of the dazzling costumes bring the carnival experience to life. The museum located at Luitpoldstrasse 4 is open 1 p.m.-5 p.m. Tuesdays through Sundays; entry costs 5.55 euros adults; children ages six and under enter free. Online: tinyurl.com/28nsyyel

Mainz: Fastnacht is never far from the minds of the residents of this relaxed city by the Rhine, and a constant reminder of the townspeople’s favorite celebration dominates the Schillerplatz in the form of a 28-foot-high fountain. The Fastnachtsbrunnen, completed in 1967, features more than 200 diminutive bronze figures evoking the spirit of Mainz’s carnival. Try to pick out the representations of Till Eulenspiegel holding his owl and mirror, or the Geldbeutelwascher wetting his purse to ensure his good fortune. The holy trinity of Mainz carnival food, “Weck, Worscht und Woi” (a roll, cold sausage and wine) is represented as well. Mainz is also home to an excellent carnival museum unpacking its beloved carnival traditions. A highlight of its collection is the “Schwellköpp,” the huge papier-mâché heads worn by characters who entertain between the floats of the Rose Monday parade. The museum is found at Neue Universitätsstr. 2 is open 11 a.m.-5 p.m. daily; entry costs 1.50 euros adults and 1.50 euros for children up to the age of 14. Online: mainzer-fastnachtsmuseum.de

ItalyViareggio: This Tuscan coastal city just north of Pisa is home to one of Italy’s most vibrant carnevale parades, staged several times over a single season. Huge floats populated by larger-than-life papier-mâché caricatures of politicians, entertainers and athletes reference the scandals of the past year to scathing effect. The Cittadella del Carnevale, a complex of 16 warehouses and the staging place for the floats on parade days, is home to a museum serving as a vast repository of all things carnival, including floats, photos and other paraphernalia reflecting the concerns of the era as far back as the 1920s. A detailed exhibit reveals the secrets behind the construction of these elaborate pieces. In the run-up to carnival, you might even see some teams hard at work building their own floats. The adjacent Carnevalotto Musuem of Contemporary Art contains objects symbolizing each edition of the carnival and a tribute to the float voted best of its year. The museum is open 3 p.m.-7 p.m. Wednesday through Saturday, with additional opening hours from 9 a.m.-1 p.m. on Saturdays. Adult entry costs 3 euros, students pay 2 euros, and ages 11 and under enter free.

This year, Viareggio hopes to host a special edition “Carnevale Universale,” dedicated to the traditions, stories and culture of carnival celebrations around the world. This would mark the first time in nearly 150 years that the program would take place in the early autumn. Five parades are scheduled for the dates of Sept. 18 and 26, as well as Oct. 2, 3 and 9. Online: viareggio.ilcarnevale.com