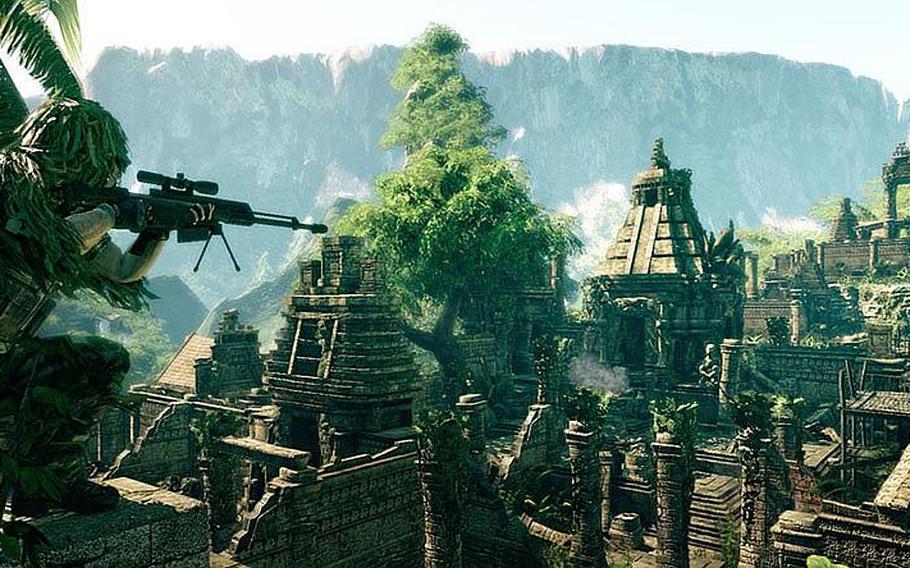 Some games are alternately very fun and very frustrating, so deciding whether they’re worthwhile can be tricky.

“Sniper: Ghost Warrior” — the M-rated first-person shooter from City Interactive — is one of those games. At times, I couldn’t get enough. At others, I’d had more than enough.

In “Sniper,” your job is to stop an evil dictator with nuclear ambitions. The action generally involves skulking through jungles or military facilities to acquire intelligence or assassinate leaders. You also get a few chances to play as a spotter, special operations soldier or rebel, adding some diversity to the action. Most of the missions are well constructed with interesting challenges and goals.

However, a few of the missions end up spoiling much of the fun. During most stealth missions, it’s not particularly difficult to sneak past or eliminate guards. But that changes at several of the bases where the defending soldiers apparently have x-ray eyeballs — and, once you’re spotted, you’re sent back to the beginning on the sequence. One such mission took more than 30 tries to complete. The only thing that kept me going was the knowledge that many other missions were very enjoyable.

But this is only one of the game’s problems.

The graphics are all over the place. The environments are usually impressive, with lush jungles and beautiful waterfalls. But the details can be quite disappointing. It’s not unusual to see an enemy’s gun poking through a wall, or the rifle of a fallen foe floating in midair or highly pixelated shadows.

The audio can be pretty bad. In some cases, enemies repeat the same lines over and over. In others, they continue speaking after they’re dead.

The artificial intelligence is hit and miss — usually miss. Although enemy soldiers will sometimes try to track you down or flack you, they will often stand around while you pick off those around them. And then there’s that issue with the hypersensitive guards.

For the most part, the controls work well. When sniping, you need to account for bullet drop over distance, wind and weather. It can get tricky. Many gamers will probably opt to dial back on the difficulty setting so they can have a red dot indicating where to aim.

In the end, I have to admit that I enjoyed quite a bit of “Sniper.” However, I would hesitate to recommend it.