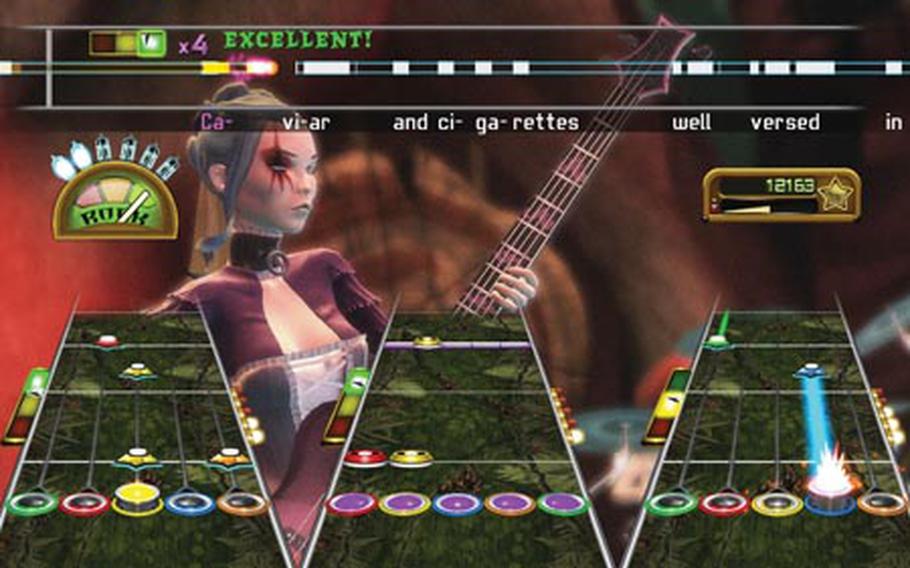 Now you can go through the fire and flames with a good dose of thunder.

Ever since last year&#8217;s "Guitar Hero: World Tour" added drums and vocals to the "GH" universe, gamers have been craving a chance to pound out the rhythms of their favorites from the game&#8217;s drumless days. "Smash Hits" should satisfy many of them.

The list was supposedly drawn up with input from fans. However, you have to wonder why the ultra-popular "Guitar Hero III: Legends of Rock" is woefully underrepresented. Only eight tracks originally appeared on "GH III," while 14 appeared on the original "GH" and 19 appeared on "GH II." The others appeared on "GH Encore: Rocks the &#8216;80s" and "GH: Aerosmith."

Game play is essentially the same as in "World Tour." You can play any songs you like in a solo or band Quickplay session or undertake a solo or band career. The no-fail beginner mode is ideal for those who&#8217;ve never played and the expert mode is quite challenging. The biggest addition is the "Expert+" mode, which originated with this year&#8217;s "GH: Metallica" and adds a layer of difficulty to the drums.

I love the fact that all of the tracks are available in Quickplay from the beginning &#8212; no more need to unlock songs in career mode before enjoying them in a quick session with friends.

The game also brings back the Music Studio, where you can create your own tracks or download those created by others.

Finally, those who&#8217;ve been "Rock Band" fans need not despair. The game works perfectly well with your peripherals. It even cuts the number of drum notes from six down to five to match your setup.