Seoul's 63 Building: A view on the view Buy Photo
The 63 Building on Yeouido Island in Seoul is one of South Korea's leading tourist attractions thanks to the views of the Han River and city available from the indoor observation deck on the 60th floor. (Jon Rabiroff/Stars and Stripes)

Buy Photo
The 63 Building on Yeouido Island in Seoul is one of South Korea's leading tourist attractions thanks to the views of the Han River and city available from the indoor observation deck on the 60th floor. (Jon Rabiroff/Stars and Stripes) 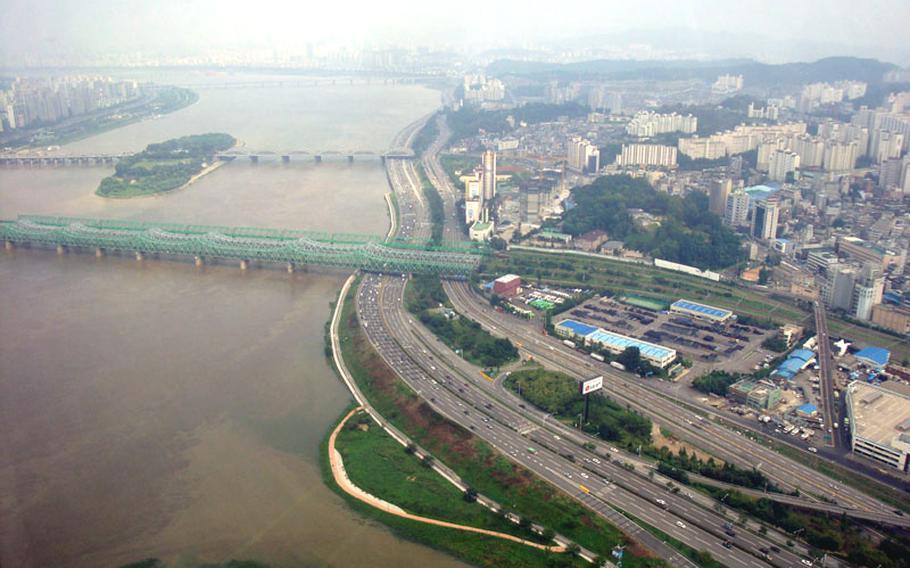 Buy Photo
One of the views available from the top floor of the 63 Building in Seoul, South Korea, is of the Han River snaking its way through the center of the city. (Jon Rabiroff/Stars and Stripes) Buy Photo
Visitors to the top floor of the 63 Building in Seoul, South Korea, take in one of the views of the city below on a recent Sunday afternoon. (Jon Rabiroff/Stars and Stripes) 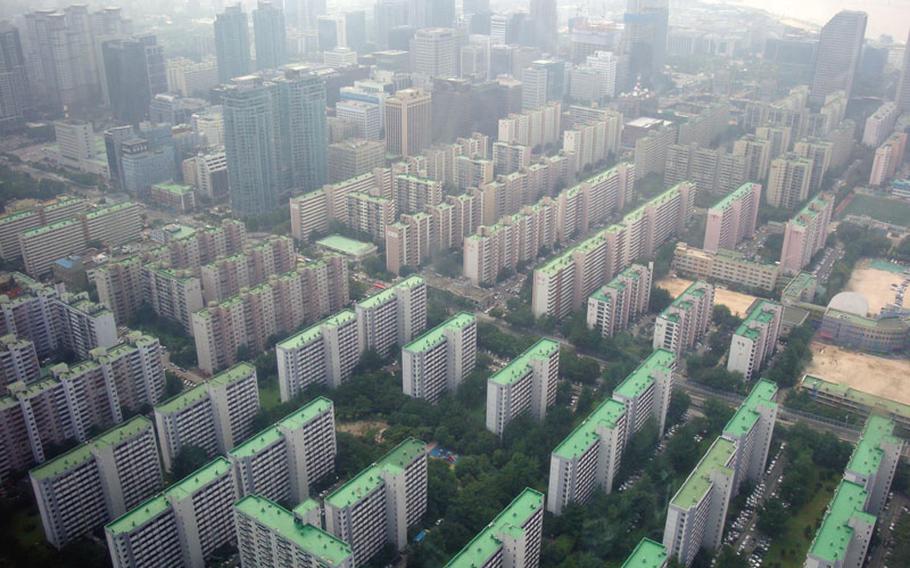 Buy Photo
The rooftops of Seoul are one of the things visitors can see from the top floor observation deck of the 63 Building, a popular tourist destination in South Korea. (Jon Rabiroff/Stars and Stripes) 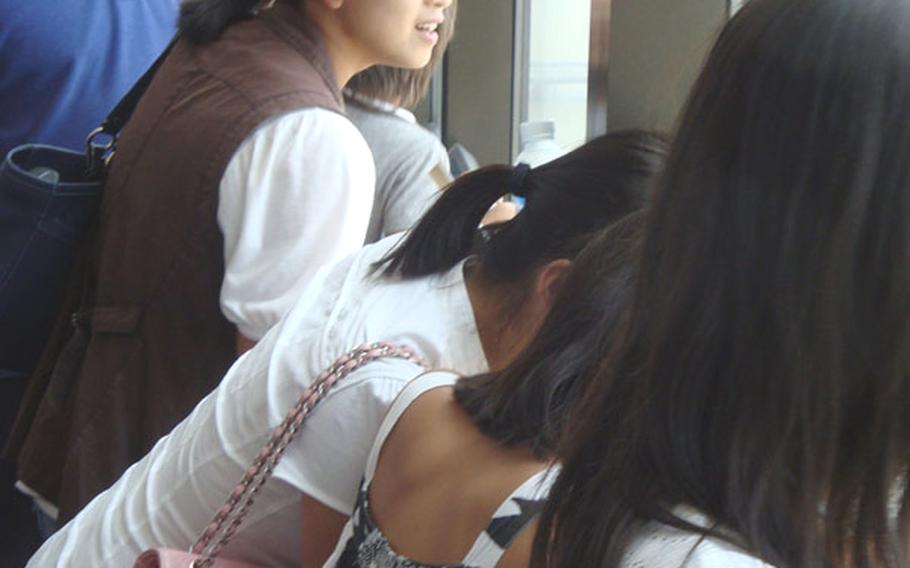 Buy Photo
Visitors to the top-floor observation deck of the 63 Building in South Korea crowd around one of the windows for a view of the Han River and city of Seoul down below. (Jon Rabiroff/Stars and Stripes)

When it comes to tourist attractions featuring amazing views, it seems that Clark Griswold and I share the same, well, point of view.

You may remember Griswold as the character portrayed by Chevy Chase in the 1983 movie &ldquo;National Lampoon&rsquo;s Vacation,&rdquo; who &mdash; when his wife urges him to take in the wonders of the Grand Canyon &mdash; puts his arm around her, bobs his head twice and gives the view all of three seconds of his attention before leaving.

To me, there is nothing more boring than the passive &ldquo;activity&rdquo; of taking in views, no matter how spectacular, because &mdash; then what?

So it should come as no surprise that for more than a year I have resisted the near unanimous urgings of friends here in South Korea that I pay a visit to the &ldquo;must-see&rdquo; tourist attraction of the 63 Building and the &ldquo;amazing&rdquo; views to be had from the top floor.

But with no one around and nothing better to do on a recent Sunday afternoon, I headed off alone to see what all the fuss was about.

In short, the high-rise attraction lived down to my expectations.

History and the Internet tell me that the 63 Building was the tallest building outside of North America when it opened in 1985, but it is not even in the top 100 these days thanks to skyscrapers that have since been built, presumably with even more grandiose views.

The building is named for the number of stories it has &mdash; 60 above ground and three below &mdash; and sits on Yeouido Island, overlooking the Han River in Seoul.

To be fair, there are other reasons to visit the 63 Building aside from the view, and perhaps if I were a little more open-minded or in the company of children I might have actually had a decent time there. One of the basement floors is home to 63 Square, which is part shopping mall and part tourist attraction.

There is the 63 Sea World, which boasts more than 20,000 fish and sea otter, seal and diver shows. There is the 63 Art Hall that features 3-D movies on a giant screen and musical performances. There is even a wax museum named &mdash; yes, you guessed it &mdash; the 63 Wax Museum.

But the main draw and the cherry on the sundae is a visit to the 60th floor indoor observation deck and the wonders to be seen there from 800 feet in the air.

So off I went in search of how to get there, which surprisingly was not as easy as following signs to the elevator to the observation deck. After an hour of being lost, and mistakenly finding my way up to one of the restaurants on the upper floors &mdash; which not too surprisingly boast of spectacular views from their tables, by the way &mdash; via the office workers&rsquo; elevators, I figured out that I needed to return to the 63 Square and buy tickets for the 63 Sky Art Gallery.

First, I had to wait for a total of about 20 minutes in two lines, one to buy a ticket (for 12,000 won, or about $10) and the other to get jammed into the glass-enclosed elevator with 20 of my new closest friends for the trip to the top of the building.

Any surprise view awaiting us was more or less ruined by the fact that you can look out over the city from the elevator, that is if you are tall enough or &ldquo;lucky&rsquo; enough to be pinned against the see-through wall by the crowd.

Once at the top, there are views in every direction &mdash; the river, the city skyline and the rooftops.

What else can you say?

After a few Clark Griswold moments and a beer from the Sky Caf&eacute; &mdash; seemingly the only thing in the building not tagged with a &ldquo;63&rdquo; &mdash; I was in line for the elevator trip back down.

The 63 Building had not changed my views about views.

IF YOU GOWhat: The 63 Building