Scott Redmond ‘You really don’t feel stuff at the time’ 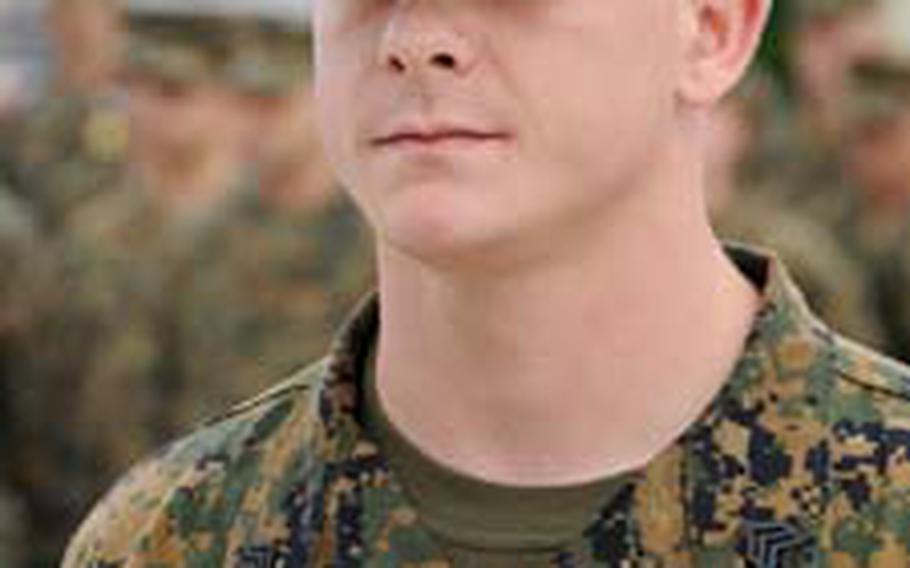 When he returned to Okinawa from Iraq in November, Marine Sgt. Scott Redmond, 22, described 3rd Reconnaissance Battalion&#8217;s seven-month deployment as &#8220;long periods of boredom, followed by short periods of excitement.&#8221;

On July 10, Redmond, then a corporal, was part of a five-man team on a foot patrol conducting reconnaissance and surveillance in Anbar province.

Redmond was the point man as the team moved to a clandestine observation post. All was quiet until the third man back, radioman Cpl. Justin Hullett, stepped onto a hidden tripwire attached to a land mine.

&#8220;An explosion goes off, and I can see a cloud of white smoke and ball bearings flying everywhere,&#8221; Van Hook said.

Redmond just remembers that he felt a burning sensation.

Redmond said his first thought about the explosion was that it was a grenade. Then the team found the wire tangled around Hullet&#8217;s legs.

Van Hook, who had been farthest from the explosion, was the only one without injuries. He recalled that Redmond &#8220;was pretty shaken up&#8221; and that medical help for the team was at least a half-hour away.

Redmond, suffering a concussion, attended to the many entrance and exit wounds on Hullet&#8217;s legs and hip. He also tended shrapnel wounds in team leader Sgt. Darren Dugan&#8217;s thigh and heel.

&#8220;There was a lot of screaming and hollering of instructions,&#8221; Redmond recalled.

He and Van Hook still had to carry their injured teammates out of the minefield to a safer evacuation point.

Now, about 40 minutes after the team encountered the minefield, a quick-reaction force arrived to provide additional security, and helicopter evacuation wasn&#8217;t far behind.

It was only then that Redmond realized the extent of his own injuries.

A ball bearing had punctured his leg within a half-centimeter of his femoral artery, leaving an exit wound in his calf.

When the corpsman, Petty Officer 2nd Class Toran Jacobson, 26, arrived at the scene, he was surprised at how much Redmond and Van Hook had already done for their injured comrades.

&#8220;There wasn&#8217;t a whole lot left for me to do,&#8221; Jacobson said during a July interview in Iraq with Stars and Stripes. He added that he didn&#8217;t realize Redmond was a casualty until he boarded the medevac helicopter after the three other wounded Marines were loaded.

All four were evacuated to the States for further medical treatment, and Jacobson credits Redmond and Van Hook with saving the others&#8217; lives.