Rugby and 'the man report card' 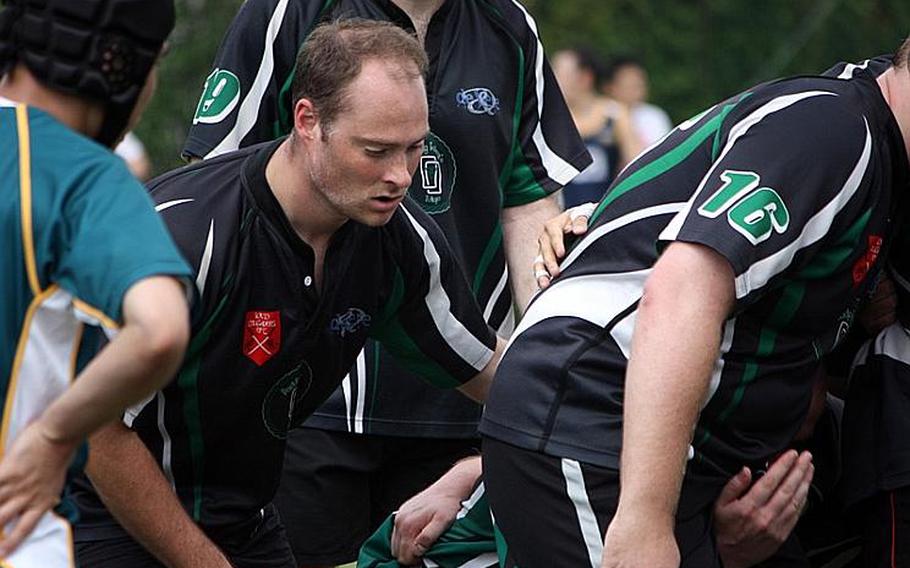 Trevor is about to become part of a scrum. He put his shoulder on the posterior of the man in front of him and pushed mightily. (Kyoko Obayashi/Special to Stars and Stripes)

Trevor is about to become part of a scrum. He put his shoulder on the posterior of the man in front of him and pushed mightily. (Kyoko Obayashi/Special to Stars and Stripes) 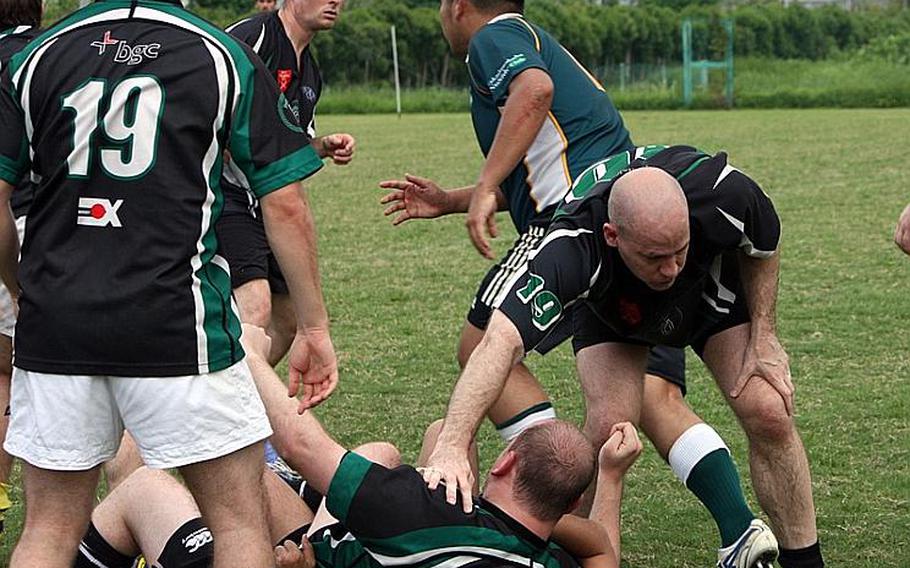 Andersen, in the background, makes an appropriate face for the situation. (Kyoko Obayashi/Special to Stars and Stripes) 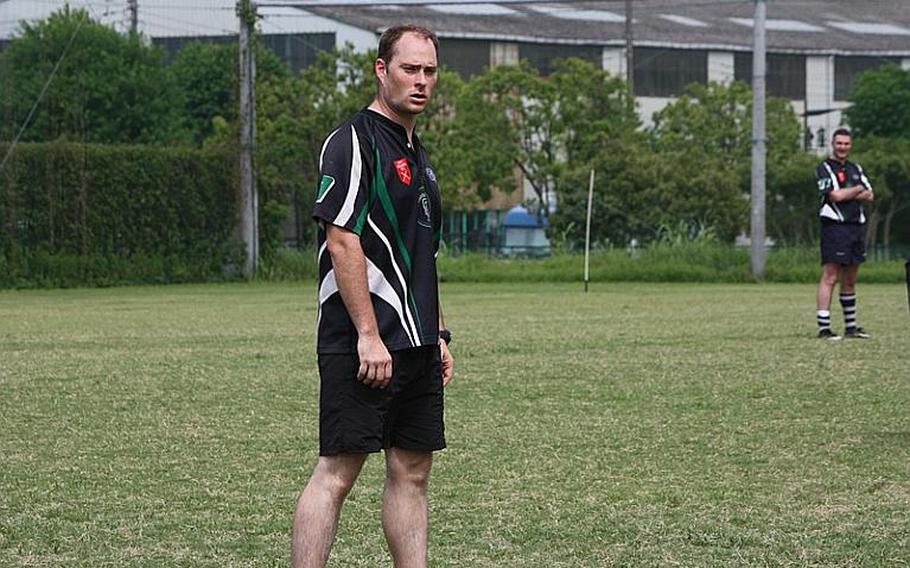 Trevor Andersen is confused. "So I just stand here, right?" (Kyoko Obayashi/Special to Stars and Stripes)

I have never been very athletic. In fact, physical coordination has been the bane of my existence most of my life.

Growing up, my sports r&eacute;sum&eacute; had one offering: T-ball. In high school I was a drama nerd. When I graduated I studied several martial arts in an attempt to make up for my lack of physical skill. It didn&rsquo;t do much good.

There are times in a man&rsquo;s life where he has a chance to look at his deficiencies and either accept them, or do something to change them. Recently, I came upon one of those times.

I felt like my report card as a man had an &ldquo;Incomplete&rdquo; where sports should be, so I decided I should try to fill it in. My thinking: even a failing grade is better than no grade at all.

This whole mess started when I mentioned my interest in rugby to a coworker from New Zealand. It&rsquo;s not a popular game in America, but it looks so chaotic and violent that it captured my attention.

He immediately invited me to play.

So I bought a mouth guard, borrowed some cleats and read the rules online. I was actually a little excited &hellip; until I arrived at the park. I thought I was going to play a friendly game with some hobbyists. I was not expecting an actual sanctioned game with an organization behind it, uniforms, referees and an opposing team from another part of town.

Panic began to set in.

&ldquo;Hi, I&rsquo;m Trevor. I&rsquo;ve never played this game before,&rdquo; I said to everyone I met because I wanted them to know my excuse for terribleness in advance.

My friend asked me if I was afraid of getting hit. &ldquo;No, I&rsquo;m afraid of being awful at sports in front of people,&rdquo; I said.

Getting hit was the least of my worries. It would hurt, but I&rsquo;d have my pride. I wanted to avoid the humiliation of fumbling around like an idiot, as well as the outcast status I would earn by losing the game for my team.

Sensing my concern (and probably not wanting to lose the game) our coach didn&rsquo;t put me in until the last 10 minutes, for which I was grateful. We were far enough ahead that I couldn&rsquo;t have done too much damage. That was my hope anyway.

Unfortunately, as soon as I got on the field, the opposition kicked the ball directly to me.

So I let the ball fall aimlessly through my hands. I watched in dismay and bewilderment as the other team picked it up.

My team encouraged me even after my open display of cowardice. Heck, they even let me play the rest of the game.

And guess what? I didn&rsquo;t drop the ball again. I even started feeling comfortable doing the task I&rsquo;d been assigned, which was jamming my shoulder into the backside of a guy I&rsquo;d never met. I&rsquo;m still trying to figure that one out.

After our victory, we went to a pub to have a beer and watch the Rugby World Cup. I was surprised to discover I wasn&rsquo;t a social outcast.

Since the team I played with doesn&rsquo;t practice together, a few of the members invited me to practice with them at a later date so I could become more comfortable with the rules and the game in general.

Yes, I made a fool of myself, but no one seemed to care besides me. The most important thing is I had a lot of fun. I want to do it again, but better next time.

My &ldquo;man report card&rdquo; finally has a mark in the sports column. It may be an F, but it&rsquo;s a start.