Ristorante Beirut in Naples hits all the right notes The three-month old Ristorante Beirut is a welcome addition to a food scene with few ethnic options. (Steven Beardsley/Stars and Stripes)

The three-month old Ristorante Beirut is a welcome addition to a food scene with few ethnic options. (Steven Beardsley/Stars and Stripes) The "kafta" at Ristorante Beirut in Pozzuoli, Italy, is a skewered meatball served with tahini, fries, pickles and a piece of pocket bread. The dish goes well with a hot sauce available from the kitchen. (Steven Beardsley/Stars and Stripes) 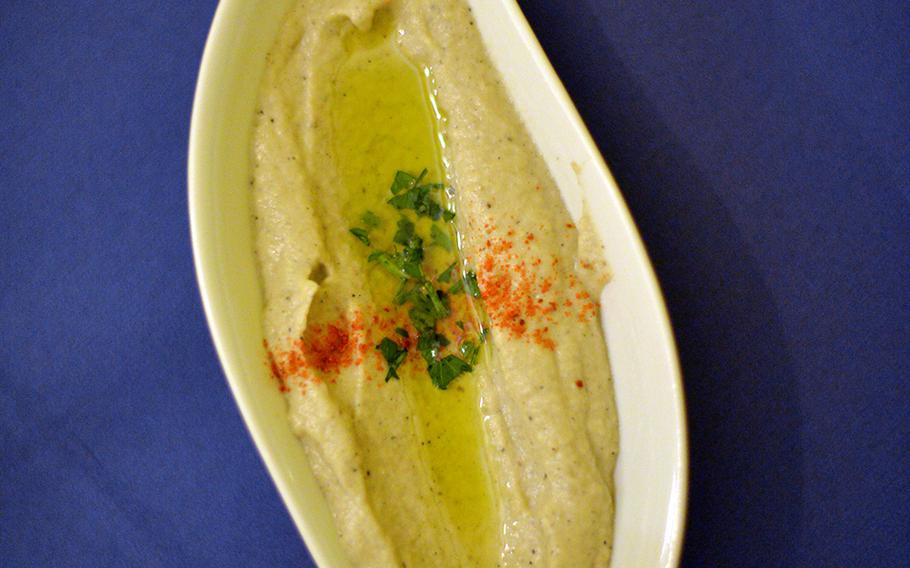 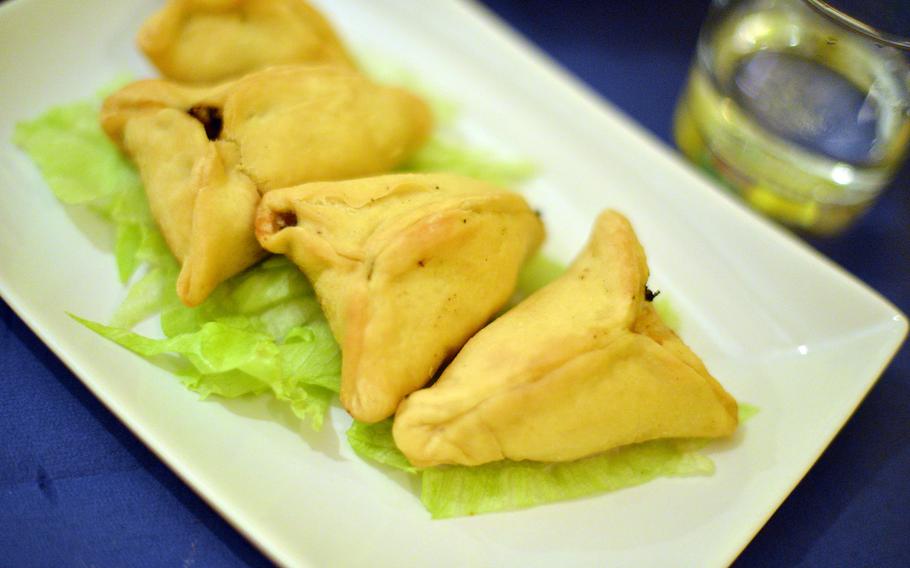 The "fatayer," or spinach pie, at Ristorante Beirut in Pozzuoli, Italy. The restaurant is a welcome addition to a food scene with few ethnic dining options. (Steven Beardsley/Stars and Stripes)

Locals in Naples, Italy, tend to be fickle about ethnic food, meaning Mohamad Chamseddine has his work cut out for him.

Since opening the small Ristorante Beirut in a nearby port town known for its seafood restaurants, the personable Lebanese expat and his two business partners have angled to win Neapolitans to the exotic tastes of schawarma, baba ghanoush and kafta.

It’s been an easier sell for Americans. As word of the restaurant spread among the Navy and NATO communities in the immediate area, Chamseddine’s dining room has grown popular with English speakers during the early evening hours.

Beirut is worth a look to those outside the immediate area as well. It offers one more reason to visit the congested, but charming, Pozzuoli port.

The food hits all the right notes for meaty, spicy Lebanese fare. It can feel at times like a more dressed-up version of the takeout window around the corner, given the pre-made nature of many of the dishes. But it works better than that may sound, with fair prices, good presentation and attentive service from Chamseddine’s cousin and business partner, Moustapha Noureddine. (The lack of alcohol, which Chamseddine doesn’t serve for religious reasons, could make Beirut a non-starter for some local diners, however.)

Bread, meat and spice are the key components here. Start with any of the cold appetizers, which come with a basket of pocket bread for dipping. Appetizers include hummus, baba ghanoush (pureed eggplant with tahini, a sesame seed paste) and tabbouleh, a salad of bulgur, herbs, tomatoes and lemon juice.

A simple mansaf rice pilaf is a proper follow-on, a cinnamon-spiced blend of rice, shredded chicken and ground beef with toasted almonds.

Best of all are the meat dishes, whose heavy seasoning and spiciness are a nice departure from milder Neapolitan fare. The schawarma might be the most flavorful, with tender strips of beef coated in salt, pepper and garlic with citrus zest. A close second is the chicken kebab (shish tawok on the menu), with marinated tenders grilled on a wooden skewer.

The kafta, a kind of grilled meatball on a skewer, was best dipped in a pepper sauce that came with another of the dishes we ordered. The sausage was a bit dry but also worked well with several of the sauces. A garlic butter comes with most of the meat dishes, and tahini was served with the sausages. Pickle spears and a small serving of fries also come with each meat dish.

Again, much of Beirut’s food is premade and assembled to order. If expected for cold appetizers, such shortcuts can take the oomph out of dishes like the mansaf, which we found lukewarm one time and piping hot another. Overall, the price, service and taste, so different from the standard fare in this area, have me rooting for Chamseddine and his friends.

Ristorante BeirutAddress: via Marinai 1, 80078 Pozzuoli (Naples). To get there by public transportation, take the Cumana train line to exits for Pozzuoli (north of the port) or Cappuccini (east of the port) and walk toward the port area. The Pozzuoli metro stop (L2 line) is about a 15-minute walk from the port.

Menu: In Italian, with photographs.

Information: Telephone: (+39) 320-932-0822. Facebook: www.facebook.com/ristorantebeirut. For religious reasons, no alcohol is served. Vegetarian options and takeout are available. Arrive before 8:30 p.m. for the best parking.