‘Rise of the Tomb Raider’ improves upon predecessor in every way Put Lara Croft on a dangerous quest to discover the secret to immortality before it falls into the wrong hands in "Rise of the Tomb Raider." (Square Enix/TNS)

Put Lara Croft on a dangerous quest to discover the secret to immortality before it falls into the wrong hands in "Rise of the Tomb Raider." (Square Enix/TNS) 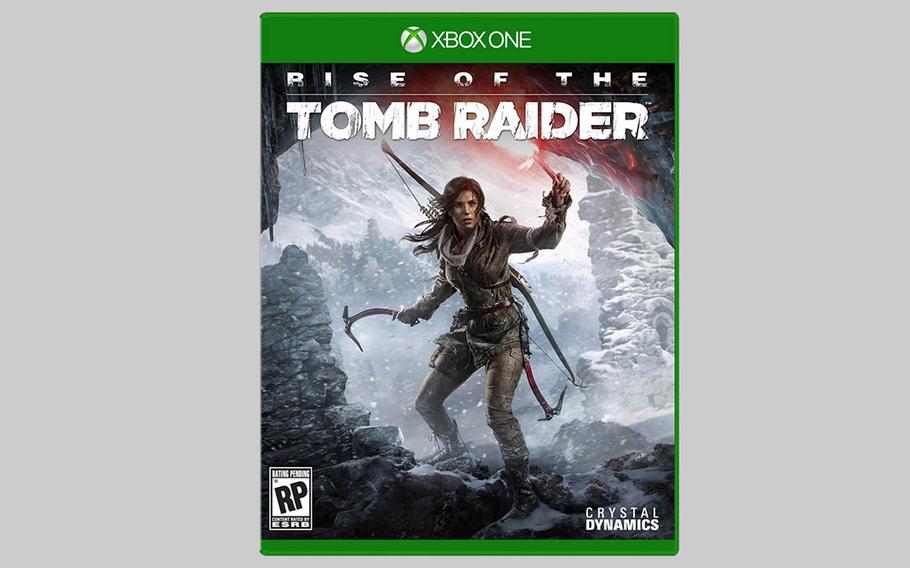 Fans of the series, which was once the mascot for not only the PlayStation but for gaming in general, were upset at the changes to the time-tested formula.

The lengthy, intricate levels of the past were replaced in the reboot with more linear action set pieces and, ironically, far fewer tombs to raid. Lara Croft, heroine extraordinaire, was rebooted from a quip-cracking adventurer into a woman just trying to survive a terrible situation.

Those changes, along with a renewed focus on combat over exploration, rankled longtime fans of the Tomb Raider series. As I had no real attachment to the past games, I was able to enjoy it for what it was — a solid action-adventure game with a compelling protagonist. But on the other hand, it’s easy to see why the reboot was divisive.

In a move that has become rare among AAA game developers, Crystal Dynamics took the complaints about their 2013 reboot to heart when making “Rise of the Tomb Raider.”

The Lara we get to know in “Rise” is a much more self-assured heroine, the combat encounters have been dialed back a substantial degree and the exploration becomes the main focus of the experience.

Time will tell whether old-school fans will fall back in love with Lara, but one thing is certain: There isn’t a single element from 2013’s reboot that hasn’t been improved. Fans of that game might as well stop reading now and go buy the game. Those who need more convincing, read on.

The major improvement is the revamped tombs. During her misadventures, Lara will cross several hub areas, each with storyline-progressing tombs and a smattering of optional side areas to explore.

Each has a greater focus on solving puzzles than 2013’s relatively anemic offerings. There’s even one set of puzzles that stumped me for a good five or 10 minutes. That never happened in the last game.

As with the last game, some areas will remain blocked until specific items are found. This element receives more emphasis this time. And toward the end of the game, each temple, cave and tomb will force players to use not only their wits, but every tool at their disposal.

The best part of the new hub-area system of exploration is that it offers something for players of all temperaments. Players who just want to experience the core story can safely ignore all the side areas. Explorers will have plenty to find, see and do. And this time around, the tombs offer actual challenge and substantial rewards in the way of unlockable weapons, costumes and game-enhancing gear.

All the really important pieces of gear can be unlocked without exploring too much of the side content, but the extra pieces offer a nice reward to more diligent players.

Combat has been changed quite a bit, as well. For starters, there seems to be much less of it. I recall being worn out by areas that held seemingly endless waves of enemies. In “Rise,” combat happens more infrequently and has some extra tactical elements that keeps it fresh throughout.

Lara will still find upgrades and new weapons along the way. Each can still be swapped out at campsites scattered throughout the world. Now, though, she can also craft makeshift weapons on the fly out of junk she finds. A tin can and some minerals can be made into a grenade, for instance.

Enemies are also smarter this time around and won’t be fooled by the old “shoot a guy then run and hide” tactic that was so useful in the last game. They’ll search high and low, flank Lara’s position and utterly annihilate the unprepared. This, coupled with the relative scarcity of bullets in the beginning stages, makes every encounter suspenseful and supremely enjoyable.

In fact, thanks to a great new antagonist, everything from combat to exploration has more of an emotional impact on players. In the previous game, Lara was gunning down faceless bad guys in set pieces that existed solely because they were part of a video game. “Rise” gives Lara a personal reason to be fighting her enemies and it really helps sell not only the combat but the overall storyline.

Rather than re-creating the semi-helpless victim of circumstances Lara was in the previous title, the Lara Croft of “Rise” is much more of a self-actualized character. She chooses to travel to dangerous places and does so because the game gives her a real reason to do so.

This seemingly small change helps to bring context to everything the player does during the course of the game. Why is Lara exploring this random cave? Well, because in this game she’s not trying to just escape an island, she’s an explorer. Why is she engaging in combat with these heavily armed mercenaries? Well, because she has a personal vendetta against one of the antagonists.

It’s really refreshing to play an action game as a character with realistic motivations. It elevated what could have been another generic plotline into something that resonated emotionally. Lara Croft in “Rise” felt like a real character, and not just an empty cipher for players to pour themselves into.

On the technical side, the game runs smoothly enough. There are some frame-rate drops in some of the larger areas, and I encountered one game-crashing bug. Otherwise, I encountered no other issues. Considering the size of the game, I found that to be impressive.

I should also mention that there are some micro transactions tied to the game. Players will gain coins during the course of the game they can then exchange for packs of cards that unlock bonuses and extra mission parameters in the new “expeditions” mode.

This mode is basically a series of challenge maps based on the main campaign and can be safely ignored without missing much of anything. The packs of cards can also be purchased with real money, though I’m not sure why anybody would. The mode seems fairly insignificant and not really fleshed out.

But other than that complaint, “Rise” is a game that really should be on every Xbox owner’s must-play list. It’s rare to have a game that improves upon its predecessor in every way. It’s even rarer for that game to feature a protagonist and antagonist that are so utterly compelling.

“Rise of the Tomb Raider” does a fantastic job of both and turns what was ultimately an “Uncharted” clone into a fantastic game with its own personality. I can’t recommend this game highly enough.

Grade: AESRB: M for MaturePlatforms: Xbox One (PC version planned for next year)