‘Puzzle Quest 2’ more of the same 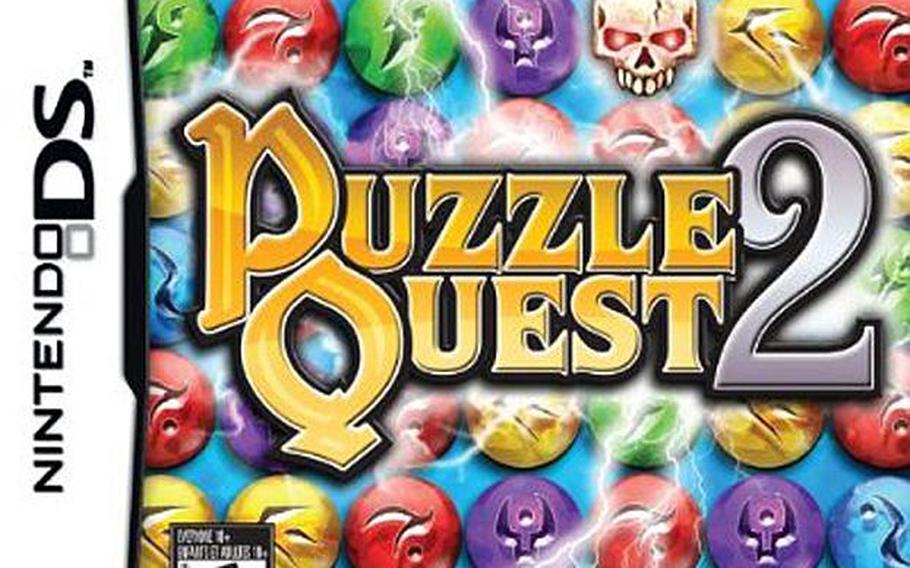 The first &#8220;Puzzle Quest&#8221; breathed new life into the puzzle genre, bringing attention to puzzle games in a way that only Tetris had done before.

So with &#8220;Puzzle Quest 2,&#8221; a heavier burden was placed on the title, not necessarily to reinvent the &#8220;Bejeweled-style gameplay&#8221; but to somehow build on it, likely with RPG elements. And while D3 Publishing managed to tweak the formula with a new movement and selection system in addition to a deeper customization system, it&#8217;s pretty much the same puzzles layered with the same epic adventure overtones.

For those who have never played &#8220;Puzzle Quest,&#8221; the RPG elements only deviate this title from the puzzle genre a slight amount, staying fairly true to the roots of the game. Some may find this to be satisfying, but it&#8217;s likely that the average gamer is going to get a little exhausted by the sheer number of puzzles. Thankfully, &#8220;Puzzle Quest 2&#8221; does add some variety.

The movement system has been redrawn from the over-world view to an angled birds-eye third-person view. In this way, actions aren&#8217;t activated by finding new towns or caves, but by finding new characters in those areas, which are fairly lengthy and filled with plenty of baddies.

The new view also allows for a couple of nice mini-games that mix up the standard puzzle battles. For example, if you need to loot a treasure chest, you&#8217;ll match money tokens to create loot tokens that net you materials and equipable items. Or if you need to pick a lock, match up gear and machinery tokens to drop the right kind into the slots of a keyhole. While these still use the sliding-and-matching mechanics, they are a nice diversion from the main game, and well integrated to boot.

As far as creating your own, all-powerful puzzle-solving warrior, you&#8217;ll start out by picking one of four classes each with its own specialties. Of the classes, the most interesting is certainly the Assassin, whose in-battle moves allow him/her to use purple tokens to shield himself or change up the basic color tiles for big combos. But if you prefer a more straightforward approach, the Warrior is also a solid way to go. And of course there are plenty of weapons and pieces of armor that you can collect and upgrade at shops, all of which is fairly well balanced.

And leveling up is frequent and fruitful, but aside from new moves and a different variety of heroic maces, it&#8217;s basically the same as its predecessor.

In short, &#8220;Puzzle Quest 2&#8221; plays like a fleshed out flash title, complete with customizable characters and some kind of story. But if you don&#8217;t have the stomach for a castle-full of hours of straight up token-matching puzzle action, you&#8217;re probably better off playing another version of this game online and for free.

While the RPG portion of this game, as with &#8220;Puzzle Quest,&#8221; is a good addition that deepens the experience somewhat, it&#8217;s not entirely enough to completely revolutionize the puzzle genre.