'Prince of Persia' still knows how to have fun 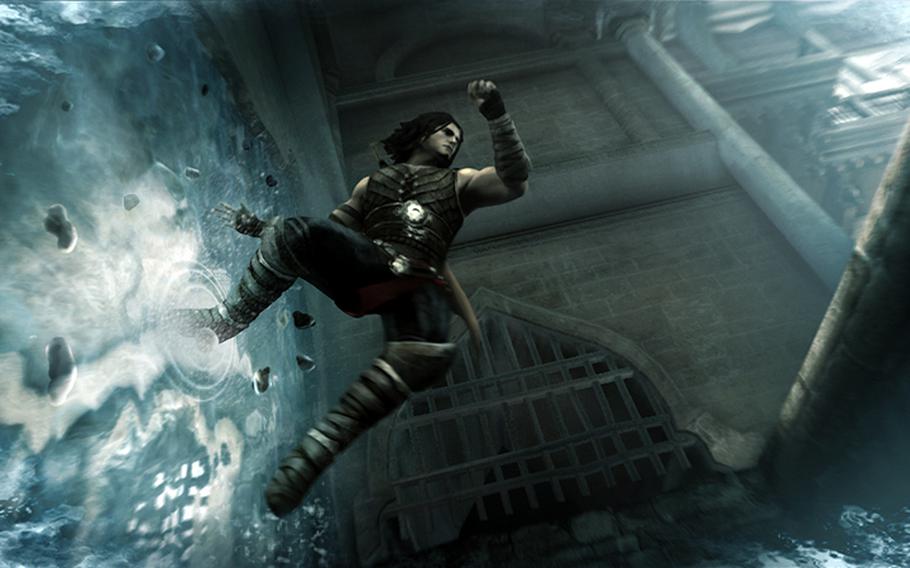 The Prince proves his athleticism during a scene from “Prince of Persia: The Forgotten Sands.” (Ubisoft)

The Prince proves his athleticism during a scene from “Prince of Persia: The Forgotten Sands.” (Ubisoft) 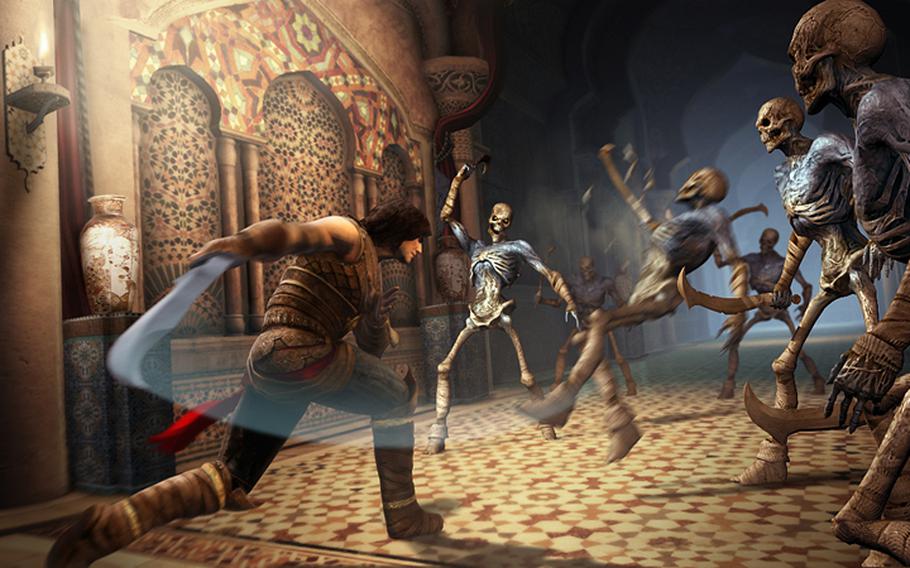 The Prince swings at warriors created from the desert sands in “Prince of Persia: The Forgotten Sands.” (Ubisoft)

However, rejecting Ubisoft’s T-rated “Prince of Persia: The Forgotten Sands” would be a big mistake if you’re a fan of platform games. In fact, the Jake Gyllenhaal movie — “Prince of Persia: The Sands of Time” — is based more on an earlier chapter of the Prince saga, so don’t expect any overlap in the story.

The “Forgotten Sands” opens with the Prince visiting big brother Malik just as an invading army overruns his city. Malik decides to release the legendary “army of King Solomon” to turn back the invaders.

Unfortunately, this magical army of sand creatures was created to fight against Solomon, not for him, and you spend the rest of the game trying to undo Malik’s mistake.

Fortunately, you have Queen Razia of the magical Djinn on your side. She grants you the ability to rewind time a few seconds at a time — handy when you make a misstep on a high parapet or among whirling blades. She also introduces you to some pretty cool powers that you can turn on your enemies. For example, you can unleash a blast of ice or a whirlwind or a trail of flames.

However, fighting is only a fraction of the Prince’s job. He actually spends most of his time climbing towers, running along walls, leaping across gaps and swinging from poles to get from one end of the beleaguered fortress to another. The acrobatic Prince even has some new moves, such as jabbing his scimitar into a wall banner and gliding to the bottom while slicing through the fabric. He also spends a lot of time solving puzzles and evading traps. These can be intricate and intriguing.

In addition, the story line is interesting and the narration — by the Prince — adds a new dimension to the tale.

Of course, longtime fans just want to know how “Forgotten Sands” compares to the franchise’s last edition, simply named “Prince of Persia,” which Ubisoft released about a year and a half ago. Admittedly, the new game does feel like a bit of a throwback when compared with the older title. The graphics are pretty good, though they don’t have the sense of style and flair of the older game. In addition, the challenges, foes and scope of “Forgotten Sands” never seem to reach the level of those in the earlier game. And unlike “Prince of Persia,” the new game is very linear — offering just one path forward. As a result, the game feels shallower.

But none of this is enough to detract from the fun of the game’s platforming and puzzle-solving.

The controls are very smooth and forgiving.

At first, I found some of the camera angles a bit irritating, but quickly realized that they were simply pointing me in the right direction. Since the game offers just one path to success, there’s not much point in gawking too much.

While the game doesn’t quite rise to the level of the last “Prince of Persia,” it’s still worth a whirl.