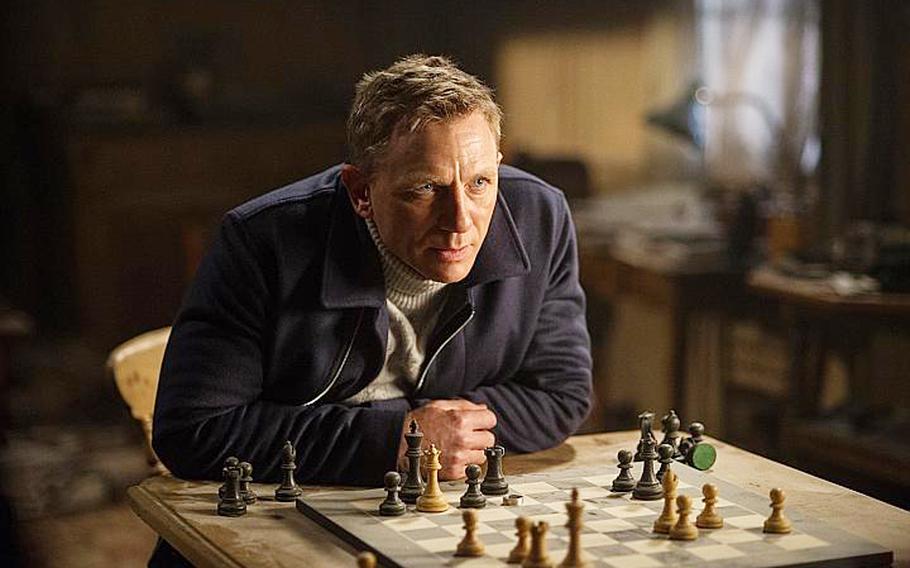 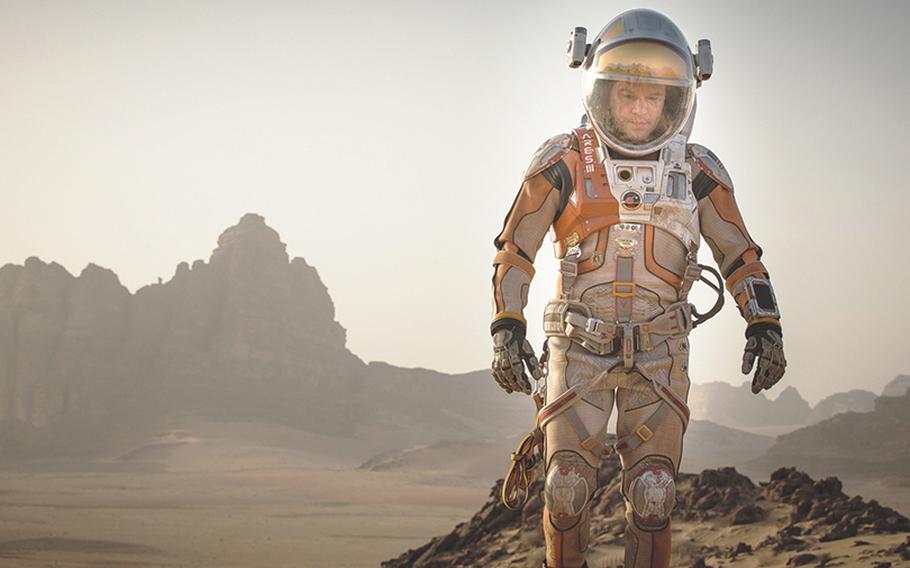 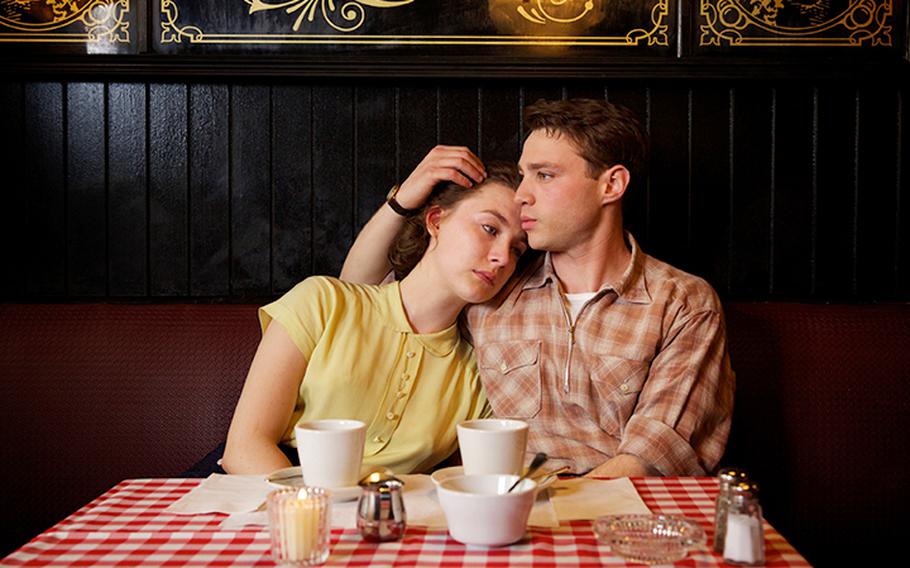 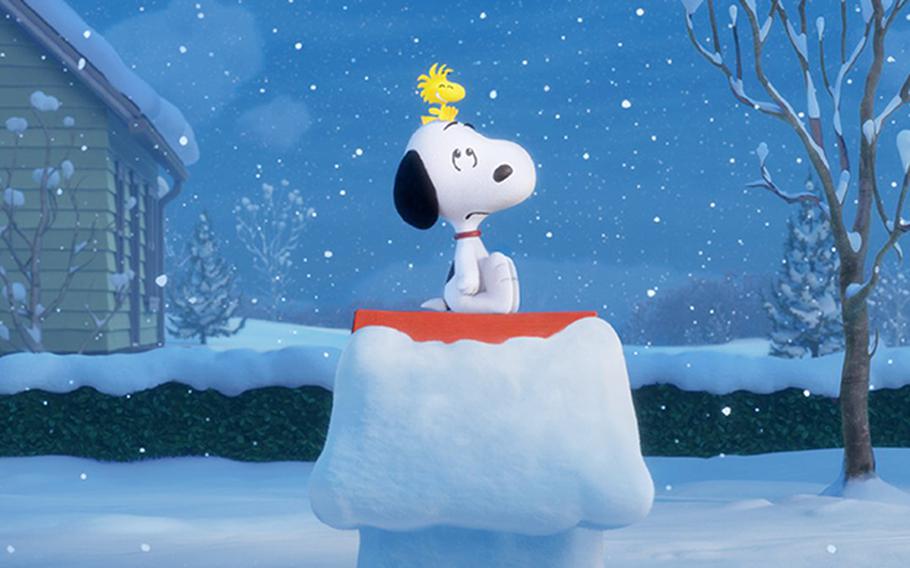 Snoopy and Woodstock in "The Peanuts Movie." (Twentieth Century Fox)

I’ve been excited about the movie prospects for “The Martian” (Oct. 2, PG-13) since reading Andy Weir’s novel, and the casting of Matt Damon as smart-alecky astronaut Mark Watney sealed the deal.

Damon played a less likable spacegoer in last year’s “Interstellar.” He dons a spacesuit again to play Watney, who is abandoned on Mars when his crewmates mistakenly leave him for dead after a storm on the planet scuttles their mission. Cut off from humanity and with only a few months’ worth of rations to sustain him, Watney has to employ some seriously creative (but theoretically sound) science in order to survive long enough for a potential rescue attempt.

Full disclosure: I’m a big fan of science fiction. But I think this story will hold appeal for a wide range of viewers. Weir based Watney’s innovations on technology that exists today. The story’s got the “stranded in a seemingly impossible situation, with only one’s wits to sustain one” scenario going for it, and the science feels just a half-step ahead of current levels of space exploration. Indeed, visiting — or even colonizing — Mars has been a topic of serious discussion for some time.

Though much of the story will be carried by Damon in isolation on Mars, the cast is strong from top to bottom. Some of my favorites, in scenes played out Earthside and aboard a space shuttle, include Jessica Chastain, Sebastian Stan, Kristen Wiig and Sean Bean. And director Ridley Scott (“Blade Runner,” “Alien,” “Prometheus”) surely knows his way around sci-fi action.

All told, I think moviegoers will be seeing red — for all the right reasons.

It wasn’t ruined by the incomprehensible spinning metal of the Transformers movies, the steroid-addled “G.I. Joe” reboot or the pizza-sized plot holes marring the 3-D spectacle of the “Teenage Mutant Ninja Turtles.”

And it won’t be ruined by a computer-generated Charlie Brown in “The Peanuts Movie” (Nov. 6, G).

Your childhood, you see, lives in the past, where it can be affected by current events only if you allow it. No matter how crass and simplistic this new Peanuts flick gets — even if Lucy does the “Whip/Nae Nae” accompanied by Schroeder on piano — all of your favorite moments live eternally in the Great Pumpkin patch in your heart.

Besides, it doesn’t look that bad. It’s the simple story of Charlie Brown battling his debilitating social awkwardness to try and win the affections of a new girl who doesn’t yet know how socially awkward he really is. It’ll be laced with a few too many sight gags and pratfalls for the purist’s tastes, but such a tale should fit nicely into the vintage Peanuts canon.

I’m going to give it a chance, and I think you should, too.

For me, the James Bond films featuring Daniel Craig as 007 have walked a strange line — both a reboot and an embrace of 50 years of history — but there is no denying that the Sam Mendes-directed “Skyfall” was quite possibly the best film of the modern era. It is reassuring Mendes is back to helm “Spectre” (Nov. 6, PG-13), and handling the reintroduction of Bond’s greatest enemy, the Special Executive for Counter-intelligence, Terrorism, Revenge and Extortion, which, due to a copyright dispute, has not been heard from since 1971’s “Diamonds Are Forever.” Christoph Waltz should make a worthy adversary for Craig, whether he is playing Ernst Stavro Blofeld, or some other member of SPECTRE, and the film promises all the action and flash one has come to expect from the series. But more than that, “Skyfall” had an epic quality beyond the scope of the tried-and-true Bond formula, and I’m hoping “Spectre” can continue in that vein.

"Brooklyn" and "The Keeping Room"

This season’s silver screen offerings seem driven by men (and dark to boot). But here are two movies with female leads in period pieces.

In “Brooklyn” (Nov. 6, PG-13), Saoirse Ronan stars as a woman who leaves Ireland for the U.S. in the 1950s and, of course, falls in love. But when circumstances cause her return to Ireland, she finds herself torn between the man in New York and a new man in Ireland. The trailer looks fantastic with lovely costumes and incredible scenery.

In “The Keeping Room” (Sept. 25, R), two sisters and a slave (Brit Marling, Hailee Steinfeld and Muna Otaru) in the South during the last days of the Civil War work together to save themselves from Union soldiers. Described as a feminist Western, the film looks like it will be a thriller.

The epic conclusion to the global phenomenon.

This statement, appearing in a recent trailer for “The Hunger Games: Mockingjay — Part 2” (Nov. 20, PG-13), has the hyperbolic ring of a boast just waiting to be proven false. But The Hunger Games franchise is indeed a global phenomenon, both on page and screen. And early impressions of the upcoming final film suggest that it might just live up to the epic portion of its brash declaration.

At this point in the saga — a trilogy of books spawning four movies, of which this is the last — most potential viewers have either bought in or checked out. And not everyone is on board; last year’s “Mockingjay — Part 1” fell well short of its predecessor, “Catching Fire,” at both the domestic and worldwide box office. The payoff of “Part 2” is nigh, and I predict it will be awesome.

The revolution is officially and unequivocally on. Citizens of the unified districts of Panem, finally and perhaps belatedly grown weary of a cartoonishly oppressive government literally murdering their children for sport, follow heroine Katniss Everdeen into The Capitol to overthrow President Snow and the white cat he is presumed to be methodically stroking. But the city itself is rigged with Acme-approved traps like the ones Katniss encountered in the Hunger Games playing fields of the first two movies. It’s the same battle Katniss has waged all along, against the same enemy, just on a grander scale.

In this spinoff of the Rocky movies, the son of Apollo Creed (Michael B. Jordan) seeks out Rocky Balboa (Sylvester Stallone) to train him. It is an intriguing way to continue a saga which, to me, was satisfactorily concluded by 2006’s “Rocky Balboa.” By focusing the film on the son of Rocky’s legendary opponent and friend, “Creed” (Nov. 25) could give the underdog story a reboot without throwing away 40 years of Rocky mythology. It is easy to forget after all the sequels that “Rocky” won the Oscar for best picture in 1976. While it might be too much to ask for the film to rise to that standard, with original producers Irwin Winkler and Robert Chartoff on board, and under the direction of Ryan Coogler (“Fruitvale Station”), who also co-wrote “Creed,” the movie has the potential to be more than just a spinoff or another sequel.

Three words … Star freaking Wars. Need I say more? My nerd senses are tingling for this one.

Take a new but experienced director (J.J. Abrams of Star Trek movies fame, who also co-wrote the script), a new vision, a new cast, and toss in some old throwbacks for good measure (Han Solo and Chewbacca, to name two), and we have epic proportions of potential for “Stars Wars: The Force Awakens” (Dec. 18). Can this film actually live up to the hype? Can it live up to the high bar set by the original trilogy, but drastically lowered by the prequel trilogy? There’s only one way to find out. Be there this December, when the Force will Awaken!

We have to be careful how much history we digest from movies, but “Concussion” (Dec. 25, PG-13) is based on a true story that merits attention. Will Smith stars as Dr. Bennet Omalu, who made the first discovery of football-related brain trauma, CTE, in a professional player. Hollywood loves an underdog story, and as a result this film probably will go waaaay overboard in its version of David (Omalu) vs. Goliath (The NFL). CTE is a real and serious problem, though, and it’s unfolding on our big-screen TVs every Sunday. That’s worth remembering while we’re checking on our fantasy football teams.

Why do I want to see Alejandro G. Iñarritu’s follow-up to his Oscar-winning “Birdman: Or (The Unexpected Virtue of Ignorance)”? The trailer. Cinematographer Emmanuel Lubezki, who made “Birdman” appear as though it were shot in a continuous take, has a chance to one-up himself based on this beautiful footage. The clip is so packed with dazzling images of explorers-and-Indians warfare, majestic mountains and even a bear attack, that you forget that at its heart the film is a revenge tale. With such a setting, stars Leonardo DiCaprio and Tom Hardy appear at first glance to be in the rare position of being forced into second billing. (Movie is out Dec. 25.)