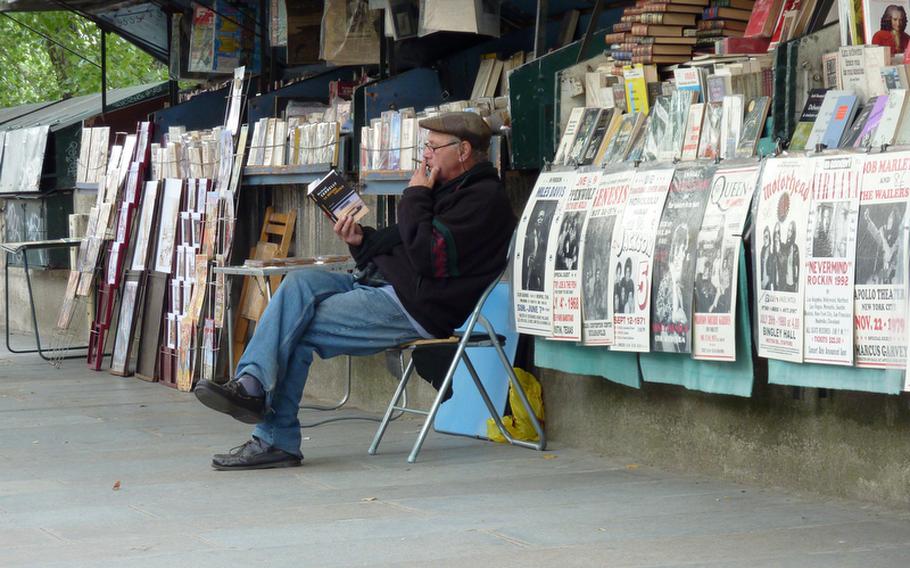 For some, the districts on the Left Bank of the Seine River are the heart, if not the soul, of Paris.

True, the Right Bank has the Louvre, the Arc de Triomphe, the Champs-Elysées, Pere Lachaise cemetery and Montmartre.

The Left Bank, or La Rive Gauche, as the French call it, has the Latin Quarter, the boulevards Saint Germain and Saint Michel, the Panthéon, the Musée d’Orsay, the Sorbonne university and the last remnants of Gallo-Roman Paris.

As a frequent visitor to Paris, I enjoy both sides of the river, and the islands of la Cité, with Notre Dame Cathedral and St.-Louis in between.

But still, there is something that draws you to the Left Bank.

Maybe it’s the cafes or the open-air markets, or maybe it’s the ghosts of Hemingway, Stein, Hugo, Wilde, Matisse and Sartre that attract.

Whatever it is, it brought my wife and me back to Paris and a weekend on La Rive Gauche.

On our last visit, we had crisscrossed the French capital, sightseeing until our feet bled. This time, we promised ourselves a languid, laid-back Parisian weekend.

We booked a hotel on Rue Monge, a busy street that heads south off Boulevard Saint Germain, in the heart of the Left Bank.

From there, we moseyed along the restaurant-, shop- and market-lined Rue Mouffetard and enjoyed the view of the city from the balcony of the Arab World Institute, a building with an intriguing facade. We passed by the Great Mosque of Paris with its 108-foot-tall minaret.

We had a peaceful stroll through the Jardin des Plantes, Paris’ botanical gardens, and gawked at the modern art at the open-air sculpture museum on the bank of the Seine.

We shopped for wine, sausage, bread and cheese at the St. Germain market and enjoyed it as we sat on a bench along the Seine with a view of Notre Dame.

We rummaged through books, drawings and postcards at the booksellers’ stalls along the river and watched the young play soccer and the elder play boule in the ruins of the Roman arena.

We paid our respects to some who made the arts great — Jean-Paul Sartre, Simone de Beauvoir, Samuel Beckett, Man Ray and Guy de Maupassant, to name a few — at the Montparnasse cemetery.

And when our feet did get weary, we relaxed, with many others, in the beautiful Luxembourg Gardens.