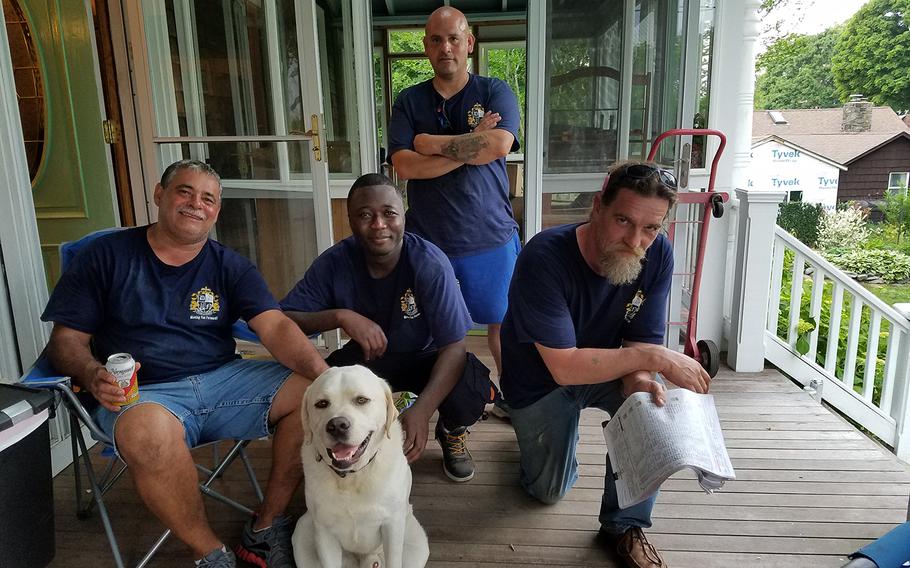 The day had finally come. Our eleventh, and last, military household goods move. The Navy’s final retirement gift after 28 years of active-duty life.

The sun was up and burning bright when the trucks’ brakes hissed outside our new house. Despite the fact that daily temperatures in Rhode Island had averaged in the 50s all month, the forecast was calling for a hot, humid day.

I glanced around at our empty house. The hardwood floors were clean and unscratched. The recently steam-cleaned rugs were perky and smelled faintly of vanilla. Our freshly painted walls and trim gleamed smooth and flawless.

After 23 years as a military spouse, I knew that, by the end of the day, our house would be transformed into a war zone. I took in one last breath of calm, disinfectant-scented air, and walked outside, hoping I had the stamina to make it through one more move in.

On the porch, I heard a hacking cough followed by the voice of the crew leader, Bill. While the others finished morning smokes and busted chops in the street, Bill went over a huge stack of inventory sheets with me. He gave me the kind of glare that said, “You have way too much stuff, lady.”

The rest of the crew was a ragtag bunch: Stanley, Frank, Jose, Lou and a 22-year-old rookie they called Smarley. Over the course of the long day, I would get to know them all very well.

I spread the inventory sheets out on a folding table like a deck of cards as the movers started hauling in boxes and yelling out inventory numbers from little orange stickers.

Frank was the talkative one, but also the hardest to understand thanks to his thick Italian-Portuguese-Rhode Island accent. He mumbled something about music, and I soon heard Sinatra blaring from his portable speakers, “These little town blues are melting away!”

The music was a pacemaker, electrifying the process, keeping the rhythm of boxes pumping steadily in and out of our house. As the morning temperatures reached into the 80s, everyone followed the pace of Frank’s Rat Pack mixtape and fell into a sweaty routine.

Bill made me feel culpable with every look, as Sinatra belted, “That’s amore!”

Stanley, a tall Nigerian immigrant, smiled cheerfully as Martin quipped, “Ain’t that a kick in the head!”

Jose worked tirelessly in silence, as “I did it my way” wailed.

Lou performed playful imitations of his coworkers as “I’ve got you under my skin” hummed.

Smarley tried to avoid working as “Fly me to the moon, and let me play among the stars” echoed in the eaves.

Midday, my husband, Francis, arrived with lunch. As the crew munched deli sandwiches on our porch and swapped stories about slipped disks and reconstructed joints, Francis made a scene of carrying two cases of water from our minivan — huffing, puffing and heaving dramatically as the crew looked on. “Nice work if you can get it, and you can get it if you try” blared.

In the afternoon, the sun hid mercifully behind a cloud, and a playlist of Pavarotti soothed. The respite gave the moving crew the energy they needed to haul our huge armoire up through a second-story window. We all hoped that the miserable work would soon end.

And it did, just after 6 p.m. Each room of our house was piled high with little cityscapes of cardboard skyscrapers. The formerly pristine walls and floors were scuffed and scattered with scraps of paper. I tried not to think about the endless unpacking to come, as I sat with Bill on the porch to sign the final paperwork.

Sammy Davis Jr. channeled my thoughts through Frank’s speakers, and crooned one last encouraging tune into the humid evening air.