Orchestrate a campaign of conquest in challenging ‘Middle-earth: Shadow of War’ 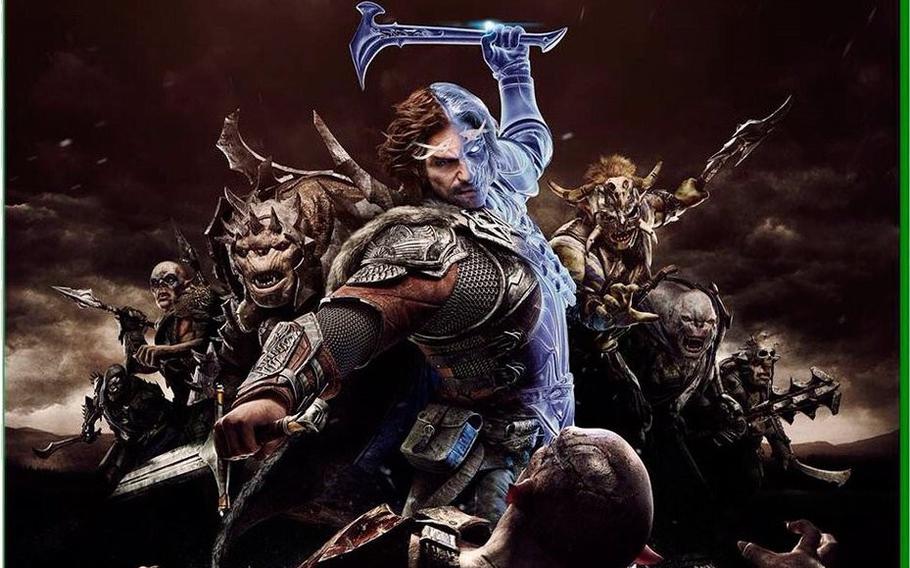 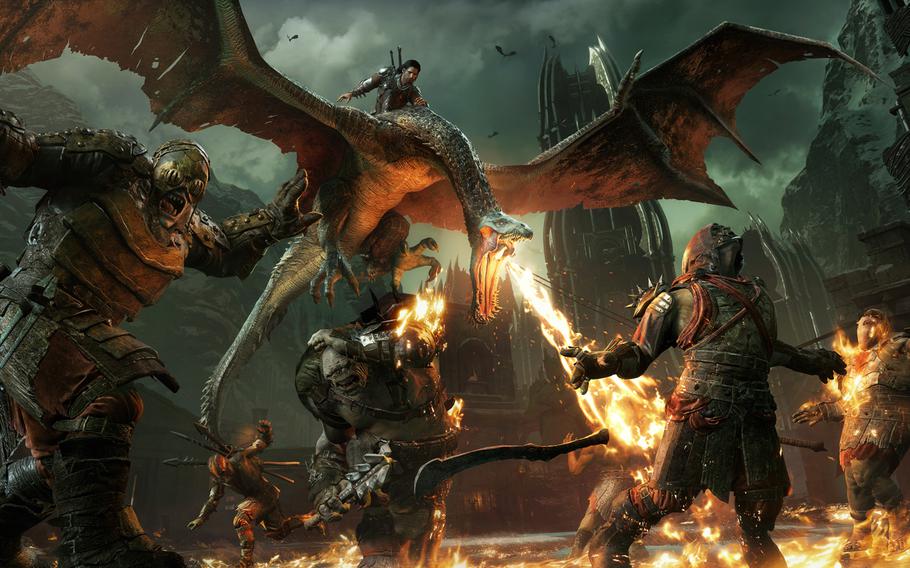 "Middle-earth: Shadow of War" is a playground of intense and emergent action scenes shaped by your choices and triumphs. (Monolith Productions)

Anyone familiar with “The Lord of the Rings” knows that fighting orcs is hard work, but somebody’s got to do it or the Dark Lord wins.

“Middle-earth: Shadow of War” lets you take up a sword and bow to join the battle against Sauron. And it’s definitely hard work.

The fantasy action game developed by Monolith for Warner Bros. is the sequel to the 2014 “Shadow of Mordor.” In both games, you play as Talion, a ranger whose family was captured and killed by Sauron’s forces. They then killed Talion, but he was resurrected and bound to the elfish wraith Celebrimbor. It turns out that the elf/ghost was the one responsible for creating the infamous Ring of Power that propelled Sauron to his status as overload. So both share a burning desire to see the Dark Lord fall.

The basic concept of both games is that Celebrimbor provides you with otherworldly powers that enable you to battle orcish warriors. You can either kill them outright or use your powers to dominate their minds and turn them to your side. In this way, you build an army of orcs that will allow you to challenge Sauron.

Basic gameplay is like a combination of “Assassin’s Creed,” with its wall-climbing and roof-vaulting, and the Batman Arkham games, with their combination of stealth attacks and brutal combat.

When moving from place to place, you can use your powers to shoot up the sides of buildings, somersault through the air and even teleport to an enemy. Of course, the idea here is to put yourself in position for a sneak attack. However, if the stealthy approach fails, you have more spectacular options. You can use your martial prowess and ever-increasing magical powers to literally whittle away at enemy forces. A successful attack on a squad of enemies results in a whirling maelstrom of blades and arrows that leaves heads and arms scattered on the ground. However, you quickly learn that the evil hordes are endless and there’s always another dastardly villain set to take the place of your decapitated foe.

And scattered among the rabble are their leaders — powerful, hideous braggarts who revel in describing their gruesome plans for you. Their introductions can be highly entertaining and are surprisingly diverse. There seem to be dozens of different videos of orcs heaping scorn on you and your efforts. In fact, the orcs end up being far more interesting than the good guys by the time the game hits its stride.

When leaders enter the fray, the difficulty escalates several notches — especially at the beginning of the game, when you feel relatively underpowered. When you manage to defeat a leader, he’s unlikely to stay “dead” for long. Leaders can be patched up and sent back to the fight, stronger and nastier.

If you happen to fall under an orc’s blade, elfish magic is there to resurrect you — again — with little impact on your well-being. However, the impact on the orcish victor can be dramatic. He’s promoted and receives new powers — propelling him toward the status of “nemesis.”

Battles against powerful leaders can be very difficult because these orcs are very robust, hit very hard and can be resistant to certain forms of attack. And at times, they pull unexpected tricks that feel like cheap shots. As a result, many boss battles can be very frustrating at the beginning. However, you eventually gain enough magical abilities to even the playing field.

The best way to end the orcish cycle of death, rebirth and empowerment is to turn them to your side. Talion gains the ability to dominate orcs in the game’s second act — a change that tips the balance of power in your favor almost immediately. Low-level fighters are easy to bend to your will and they can help even the odds in a tough fight. Leaders are more difficult to dominate, but they are the key to your military success. You can call on them in times of need and rely on them to lead your forces in the game’s castle assaults.

The fighting sprawls across five different territories as the campaign lays out a convoluted and not-altogether-satisfying story. Each map contains a number of side quests that unlock gear and special powers. And each contains a castle held by an orcish overlord, who must be overcome through a direct assault on his castle.

Castle assaults are the most exciting portions of the game. First, you assemble your army by selecting orc leaders with different strengths and capabilities. You then lead the charge against the stronghold’s walls. Once inside, you cut your way through enemy forces and capture key positions. After taking control of the outer fortress, you can turn your attention toward the overlord in the central citadel. This duel is certain to be intense and sometimes desperate.

After you’ve captured a castle, you must immediately assign leaders to defend it because Sauron will try to win it back. It’s also possible that your fortress will be assaulted by other players through the game’s online mode.

The castle assaults are just one of the new features added by developers. Some make the game more interesting, but others make the game needlessly complex. Of course there are new martial and magical skills and a host of new enemies and beasts. You can battle a Balrog or fly on the back of a drake. And the system for acquiring and boosting weapons, armor and abilities is robust and rewarding, providing plenty of incentive to pursuing special challenges that unlock new rewards. On the other hand, there’s a “market” that allows you to pay either in-game or real-world currency to boost your weapons or your collection of orc followers. This mechanism prompted a lot of pre-launch controversy, but ended up being of little consequence to gameplay.

Technically, the game is a mixed bag. At times the graphics seem very impressive, with stunning scenery and superb animations. However, many of the facial graphics — including Talion’s, in most instances — are rather disappointing. Most people don’t quite look enough like real people.

While lackluster facial rendering is an aesthetic matter, sloppy controls affect the gameplay. For the first hour of play, I had difficulty keeping Talion running in a straight line. I couldn’t guide him across a stretch of open ground without him veering to the left or right, and he would run up the side of any wall or pillar that he passed. After a while, I was better able to keep him on course when running, but unwanted wall-climbing remained a problem. These issues frequently contributed to the frustration in the difficult boss battles.

Despite all of this, “Shadow of War” is actually a lot of fun to play once you acquire enough special powers to hold your own. The fighting is often intense, and it’s a blast to unleash your elfish powers amid a melee.

The game earns a mature rating for violence and gore — to include hundreds of severed heads and limbs.