Okinawa’s Orion: A chance to sample “The Beer of Beers” 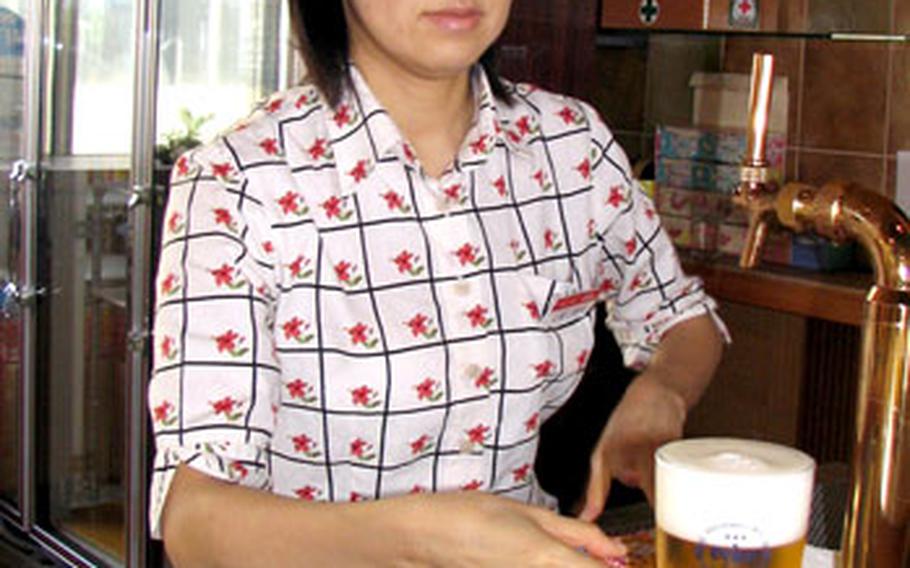 Nachiko Higa serves up an ice-cold glass of beer after a mouth-watering tour of the Orion Brewery in Nago, Okinawa. (David Allen / S&S)

Nachiko Higa serves up an ice-cold glass of beer after a mouth-watering tour of the Orion Brewery in Nago, Okinawa. (David Allen / S&S) 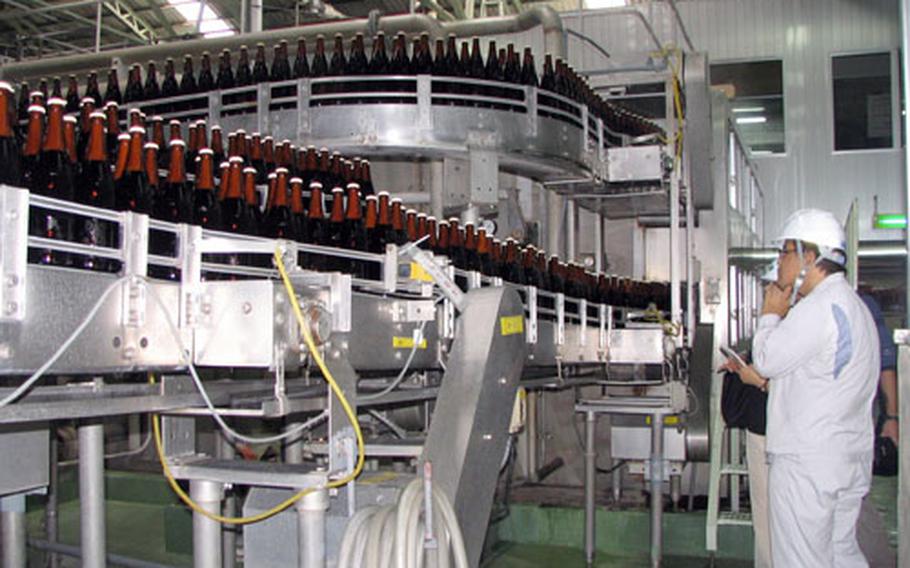 &#8220;Beer of Beers&#8221; is the slogan on every can and bottle produced by Orion Breweries, based in the northern Okinawan city of Nago. Orion Draft is the island&#8217;s most popular thirst quencher on a sultry subtropical summer day, accounting for half of all beer consumed here.

Personally, I prefer a stout. Give me a Guinness or Murphy&#8217;s any day &#8212; or night. But for thirst quenching after an afternoon of snorkeling, scuba diving, parasailing or just lazing about on the patio after mowing the lawn, nothing&#8217;s better than an ice-cold draft Pilsner in a frosted mug.

The Nago brewery is a beer drinker&#8217;s dream. It&#8217;s open daily for free tours, with a free glass or two served to every thirsty soul who completes the brief walk that introduces them to the brewery process.

New construction has shortened the tour a bit, but tour guide Noriyuki Kise was nice enough to give me a hard hat for a personal tour through the brewery. First, some impressive numbers:

But Okinawa, which ranks No. 2 in per capita beer consumption among Japan&#8217;s prefectures, is a pretty thirsty island. According to industry statistics, the average person on Okinawa consumes about 22.6 gallons of beer annually, tying the elbow-benders in Tokyo and surpassed only by drinkers in Osaka, who down 22.7 gallons on average. Some 70 percent of all the alcohol consumed in Japan is beer. The country is the fifth largest beer-consuming nation in the world.

Orion imports high-quality beer malt from Germany and adds German Hallertau and Czech Saaz hops. Kise recently walked a group through the factory, pointing out the stainless steel tanks where the malt is boiled into a base called wort and is blended with hops and cereal grains (rice, corn grits and cornstarch) through a series of computerized mash pans.

After that 10-hour process, it is mixed with yeast and fresh spring water from nearby Mount Nago and allowed to ferment for 10 days. Then it&#8217;s run through a second maturation process and a filtering and quality control process before it is bottled, canned and kegged.

Orion (pronounced o-REE-on), named for the southern star constellation, was founded in 1957, during the U.S. occupation. An American official suggested that brewing a local beer would be an excellent way to kickstart the local economy. The first bottles of beer started rolling down the conveyor belts two years later.

Although Orion has expanded its line to include a lager, a German-style Dunkel and a light beer called Aroma Tone, it&#8217;s the draft beer that keeps the brewery humming.

That&#8217;s because the Orion Draft recipe is closer to old-world style than that of U.S. beers, Kise said.

The fun part of the tour is the march of the beer bottles. Hundreds of them rattle down conveyer belts, first, to be de-labeled, washed and sanitized, and then filled, relabeled and whisked to another machine that packs them in crates that are shuttled out the door for packing with cases of cans and kegs in waiting trucks for speedy delivery to outlets all over the island.

To get there: Take the Okinawa Expressway north to Nago, then Highway 58 north to a McDonald&#8217;s on the right. Turn right and make another right at the third light. You&#8217;ll see the brewery just after the Nago City Museum.