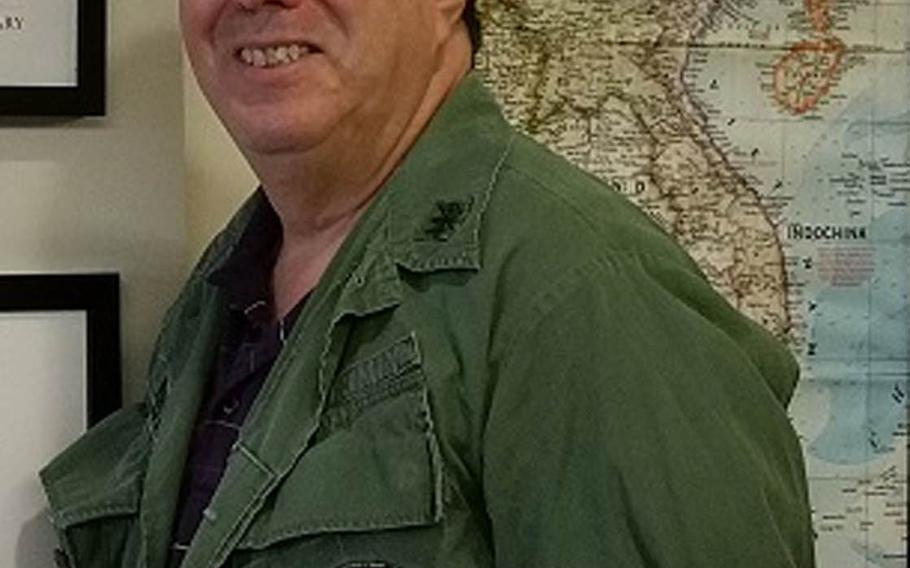 Vietnam veteran Ron Fenster is co-author of "D.A.S.P.O.," a novel based on the experiences of military filmmakers assigned to the Saigon during the Vietnam War. (Courtesy of Ron Fenster)

How wild was life for soldiers stationed in Saigon during the Vietnam War?

According to “D.A.S.P.O.,” a novel based on the experiences of military filmmakers assigned to the South Vietnamese capital, it was a lot more fun than serving in Kabul or Baghdad during the global war on terrorism.

Billed as “the ‘M*A*S*H’ of the Vietnam War,” “D.A.S.P.O.” — Department of the Army Special Photographic Office — has its share of laughs, often at the expense of Army public affairs. There’s also a Frank Burns-style colonel who gets his due in the end.

Authors Ron Fenster and Jerold Greenfield paint a vivid picture of life behind the lines in Saigon — a city that, by 1970, was awash in drugs, booze, prostitutes and corruption. The characters and situations seem larger than life, but are based on real people and events Fenster encountered during three tours in Vietnam, the former DASPO officer said.

DASPO is just one of many acronyms readers are introduced to in the first few chapters. The alphabet soup bogs the writing down at times, but such is the nature of writing about the U.S. government.

The DASPO crew is in Saigon to make educational films for the troops with titles such as “Hazards of Vehicle Operation in Vietnam” and “Mortuary Cosmetology,” but the filmmakers do more than their share of boozing and frolicking in their free time.

It’s a story a world away from the experience of troops deployed to Iraq and Afghanistan, who have, for the most part, spent their downtime in Spartan forward operating bases where the only alcohol available is hand sanitizer.

The DASPO troops aren’t combat cameramen; however, they find themselves deep in the you-know-what more than once. When a mysterious helicopter unit known as the Shadows moves into the compound next door, the filmmakers are drawn into a web of intrigue that leads them to the heart of a drug-smuggling operation backed by a senior officer in the South Vietnamese army.

Passages that detail the Shadows’ missions are the work of Greenfield, who drew on his experience writing “Maverick: The Personal War of a Vietnam Cobra Pilot,” co-authored by late Vietnam veteran Dennis Marvicsin.

If you served in Vietnam and feel the need for a nostalgic laugh, or if you’re just curious about what life was like before the social engineers began their work in the Department of Defense, you might get a kick out of “D.A.S.P.O.”