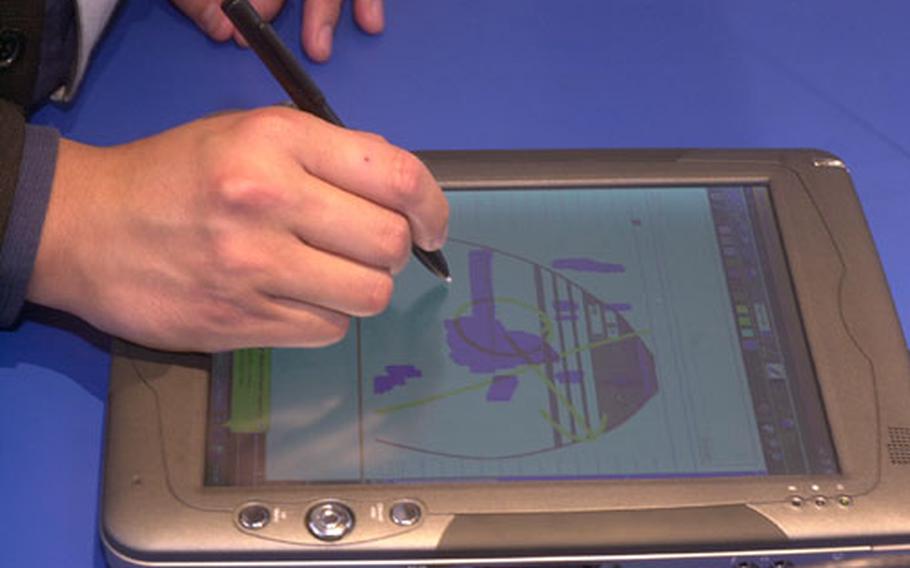 A vendor demonstrates using a specialized "pen" on a tablet computer at the CeBit technology trade show in Hannover, Germany, in March. (Raymond T. Conway / S&S)

A vendor demonstrates using a specialized "pen" on a tablet computer at the CeBit technology trade show in Hannover, Germany, in March. (Raymond T. Conway / S&S) 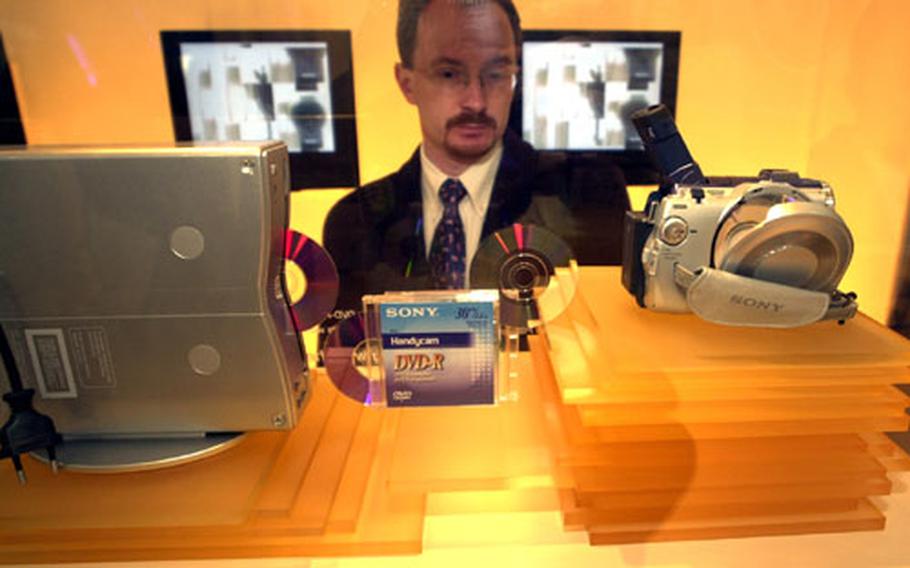 Visitors check out the latest digital video camera from Sony that records directly onto a DVD at the CeBit technology trade show in Hannover, Germany, in March. (Raymond T. Conway / S&S) 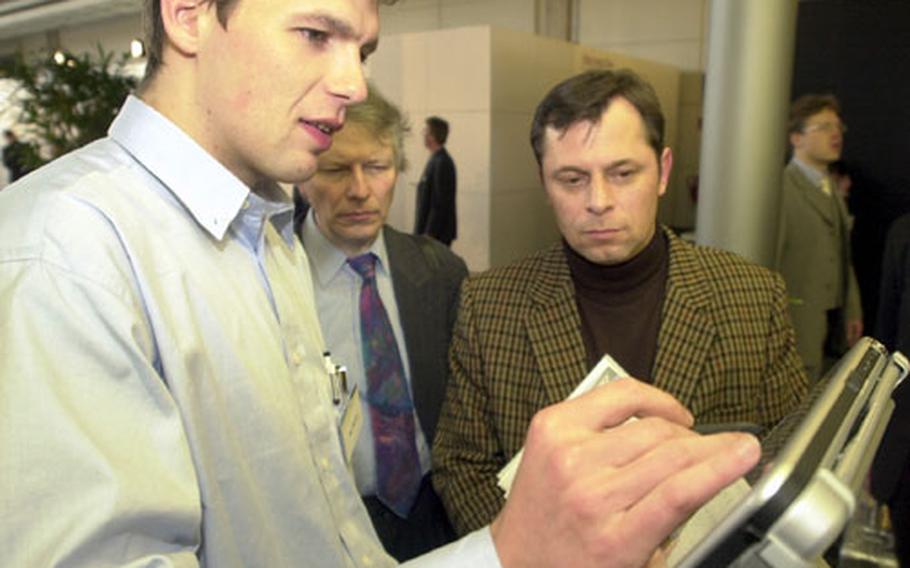 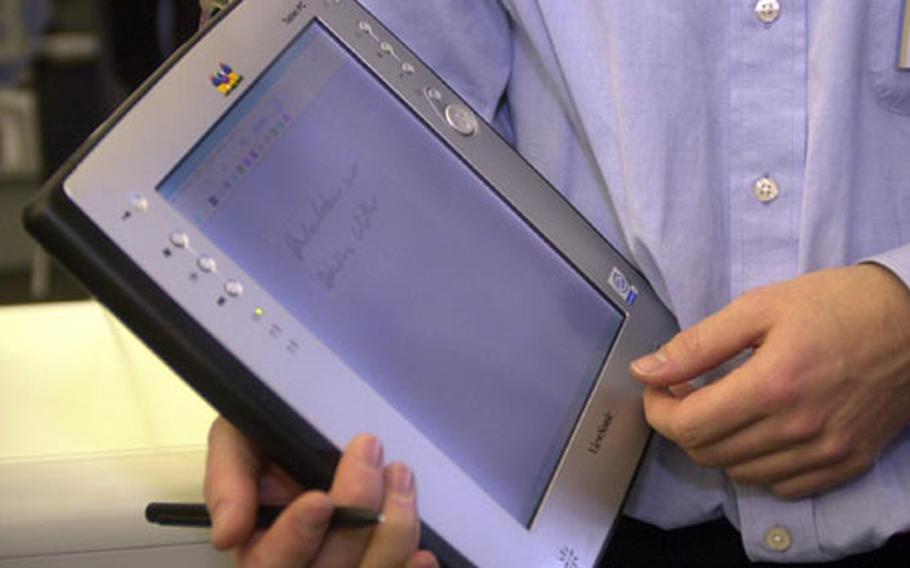 Thin, portable tablet computers, like this one from Viewsonic, were receiving a big push from major manufacturers at the CeBit technology trade show in Hannover, Germany, in March. (Raymond T. Conway / S&S)

Bill Gates wants you to scribble.

Tablet PCs &#8212; full-power portable computers that use pens instead of keyboards &#8212; are getting a big push from His Majesty in Redmond.

Microsoft is hawking its Windows XP Tablet PC Edition as the foundation for the next generation of on-the-go computers. They can convert handwriting into text, or they can keep the cursive as &#8220;digital ink.&#8221; Artists can use them as exotic digital easels. Students can use them as the ultimate note-taking device, and there&#8217;s no annoying key clicking.

Think of them as PDAs, but on steroids. Remember those slates the mini-skirted yeomen used on the original &#8220;Star Trek?&#8221; Same idea.

However you describe them, the tablets have turned out to be more popular than Microsoft predicted.

According to IDC, a market research company, manufacturers shipped 70,000 tablet PCs last year following the November launch of the tablet version on Windows. That&#8217;s double what the industry supposed, said Alan Promisel, a research analyst with IDC. This year, companies expect to sell 500,000.

Some units are just tablets. Others are convertible, and can become a notebook with keyboard or even a desktop while maintaining the touch-screen capability. Promisel expects this to become the norm for all notebooks.

Microsoft is certainly trying to change that.

At March&#8217;s CeBIT, the annual technology fair in Hannover, Germany, the tablets were everywhere: Convention-goers were wooed by smiling reps into considering chucking their keyboards.

One potential customer, Frank Schuijt of Holland, said he was impressed.

He also liked that the OS allows users to work in either portrait or landscape mode.

Though the Tablet PC apparently rose to the Dutch challenge, Microsoft seems extra excited over the Asian market. That&#8217;s not just because Asia is considered technotopia. Many users have found the Tablet PCs offer the easiest means to input kanji, part of a Japanese writing system based on Chinese characters.

Acer and HP&#8217;s Compaq are the leading makers of Tablet PCs. Prices are dropping. But as they currently go for between $1,600 and $2,500, these hot-rod Etch-A-Sketches remain cool, but costly, ways to scribble.