Newcomers will probably find Tokyo festivals to be crazy, confusing ... and fun 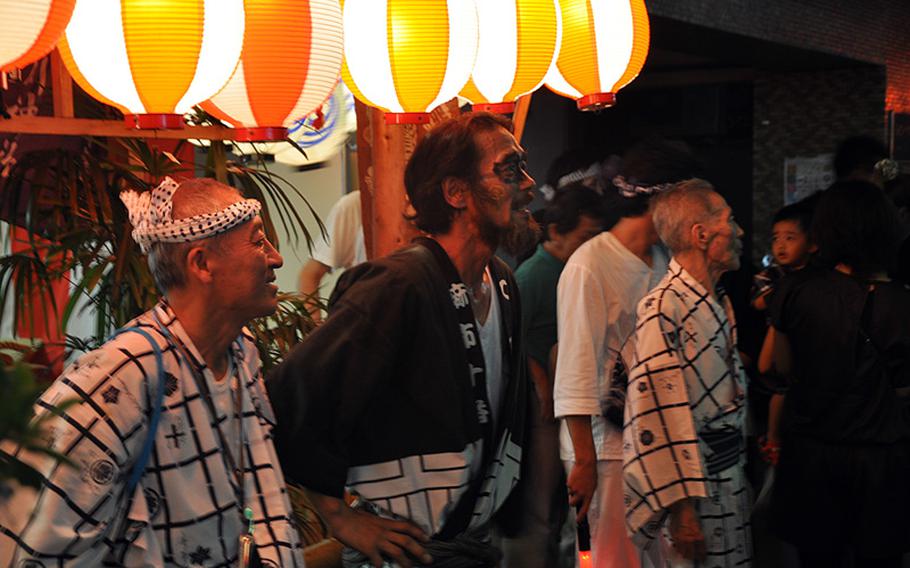 Festival participants gather in preparation for the carrying of the shrine. Many of the men wore no pants. Thankfully, they wore fundoshi. (Trevor Andersen/Stars and Stripes)

Festival participants gather in preparation for the carrying of the shrine. Many of the men wore no pants. Thankfully, they wore fundoshi. (Trevor Andersen/Stars and Stripes) 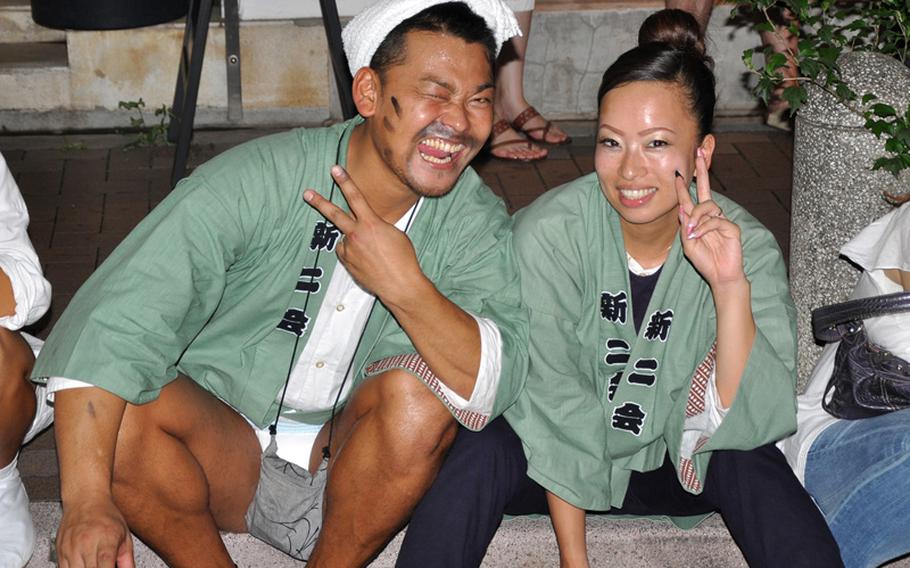 The festival was a fun event for the people involved and for the people watching. This couple helped carry the shrine to its resting place a few blocks away. (Trevor Andersen/Stars and Stripes) 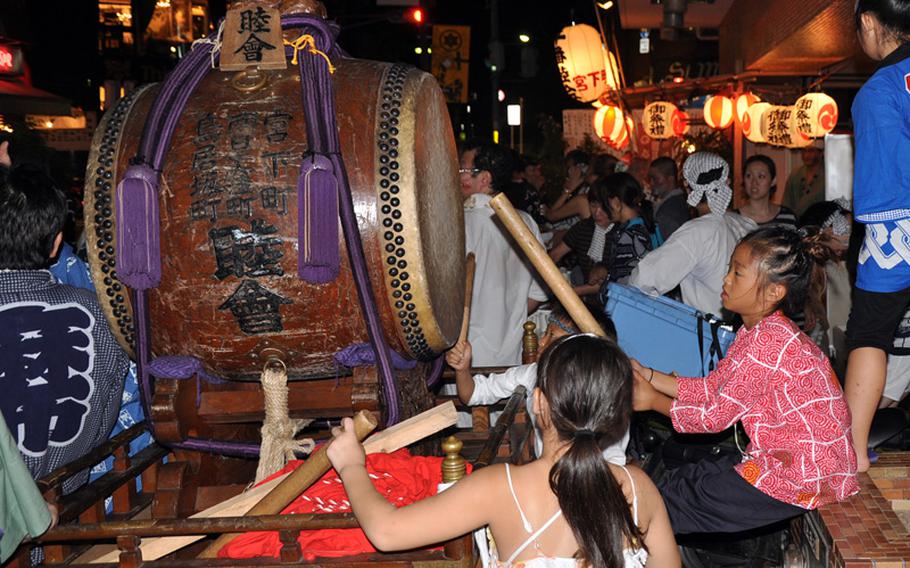 Children beat a drum while everyone prepares to move a shrine to another location. (Trevor Andersen/Stars and Stripes) 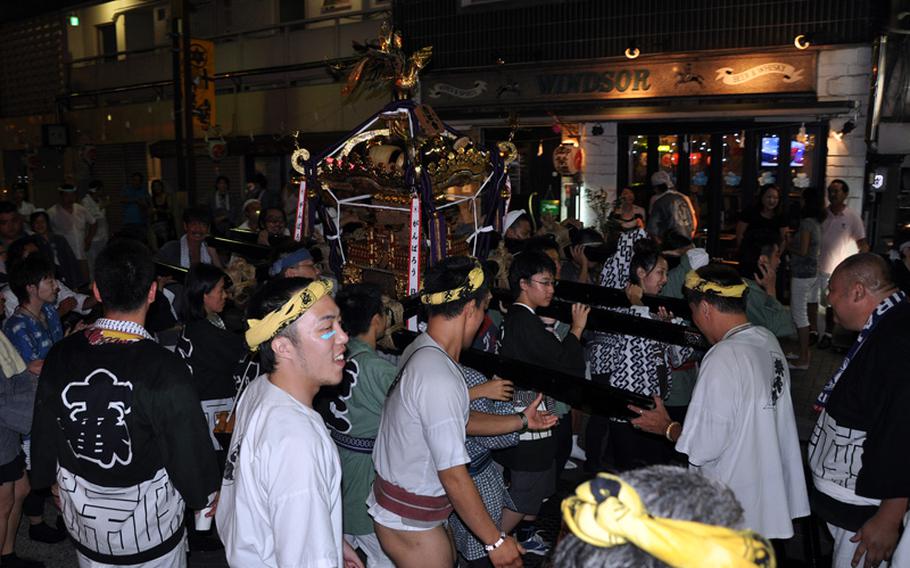 Festival participants switched places from time to time so everyone got a chance to carry the shrine and to give others a break. (Trevor Andersen/Stars and Stripes) 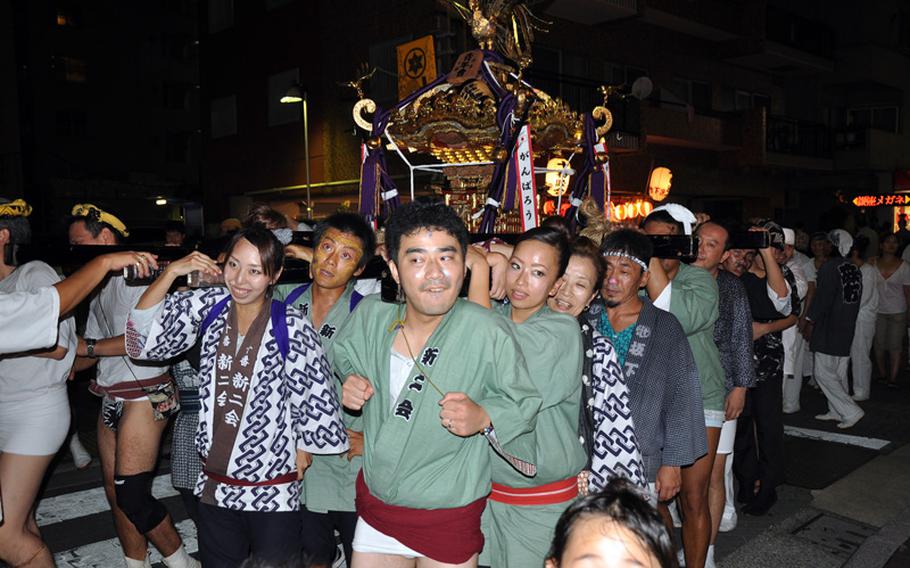 The festival I stumbled upon one night in Tokyo consisted of carying this thing from one location to another while chanting and being generally silly. (Trevor Andersen/Stars and Stripes) 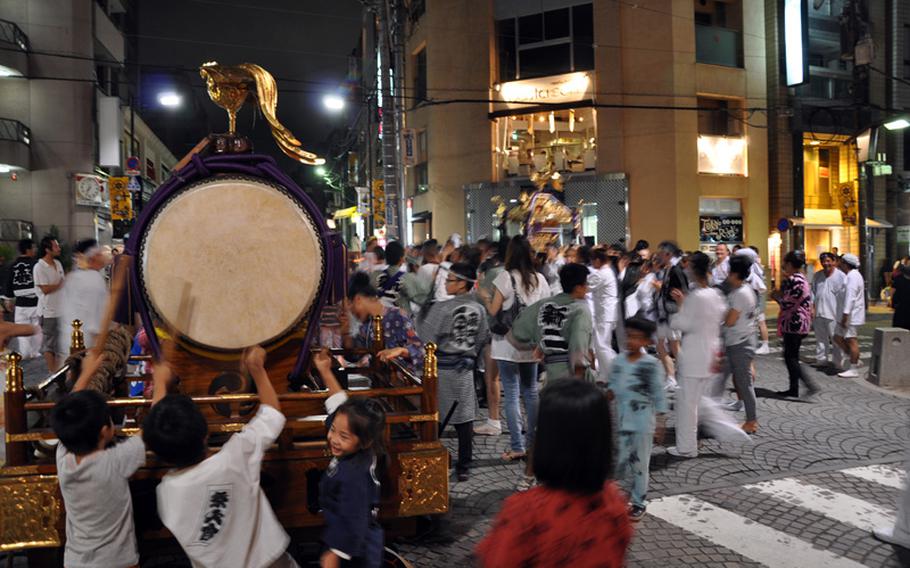 Children play with a drum while the adults move the shrine into its final position at the festival. (Trevor Andersen/Stars and Stripes) 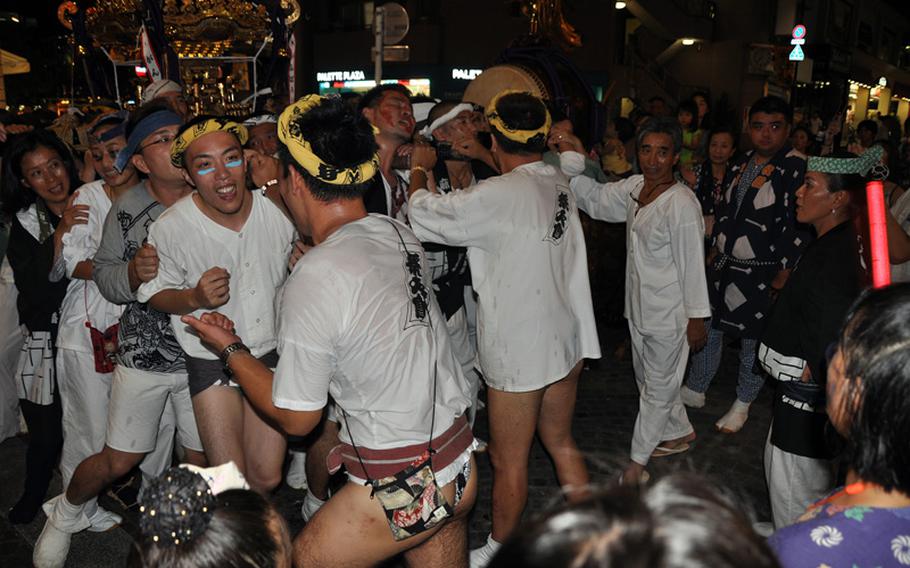 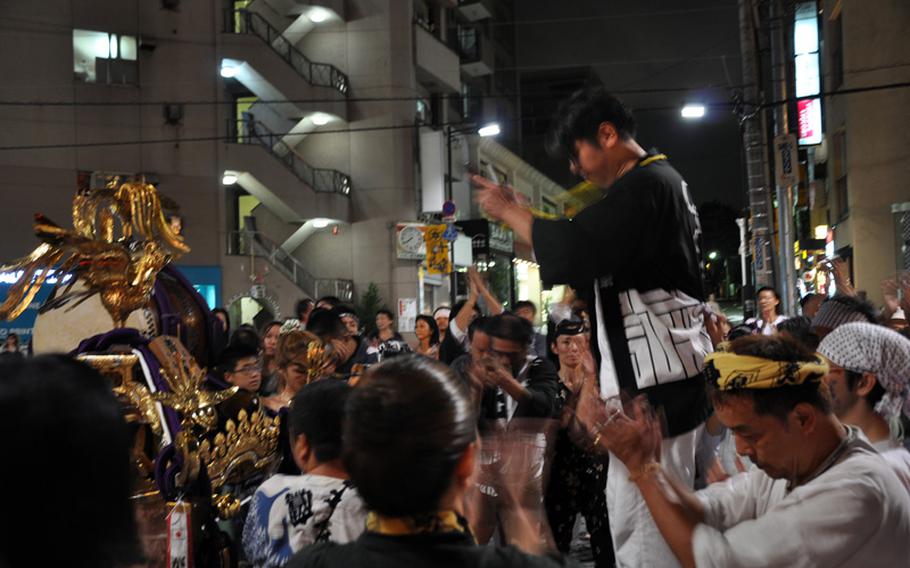 A man directs the group carrying the shrine. He sends them back and beckons them forward several times before allowing them to set it down. (Trevor Andersen/Stars and Stripes)

Just after dark on a recent Saturday evening, I began another confusing adventure in Japan.

It&rsquo;s beginning to feel like I&rsquo;m the star of a reality show called &ldquo;Lost in Japan,&rdquo; where an unsuspecting American is plunged into the heart of Tokyo and forced to experience &hellip; well, Tokyo.

My first festival experience was not a departure from much of my previous adventures in Japan. I was confused. Make that intrigued and confused.

I arrived at a side street in Azabu Juban and immediately thought I was in the wrong place. I had been under the impression that festivals were religious events because of the prayers and shrines involved.

What I saw was not solemn, reverent or sober. It was a party. People were dressed in traditional Japanese garb, though many of the men weren&rsquo;t wearing pants. They had their faces painted in silly patterns and there was a strong smell of alcohol in the air.

I was afraid I had missed the festival and instead found myself in the midst of a parody group mocking the festival. But after talking with a few of the people involved, I was shocked to discover I was in the right place.

Soon, the festival participants hoisted a portable shrine, called a mikoshi, onto their shoulders and began chanting. They moved several blocks in a wild dance-walk, often switching in with substitutes that included shopkeepers who had been innocent bystanders only moments before.

When the shrine reached its final destination, a man stood on a stool in front of the crowd and began to direct them back and forth. The crowd would push forward and he would motion for them to move back. Then a group of half-naked men (the bottom half) would push the crowd and the shrine back.

That went on for a while.

They finally settled the shrine down, and everyone participated in a chant followed by bows all around.

It was actually a lot of fun; everyone seemed to be having a great time.

Some Japanese friends later told me that although there are a lot of different festivals, the things I saw that night are not uncommon. Festivals range from more serious events to the craziness I observed.

When the mikoshi was in place and everyone began walking away, I asked one of the festival-goers why he had eyeglasses painted on his face.

That&rsquo;s as good an explanation for the festival as any.