Need for speed brings bikers together at Japanese track 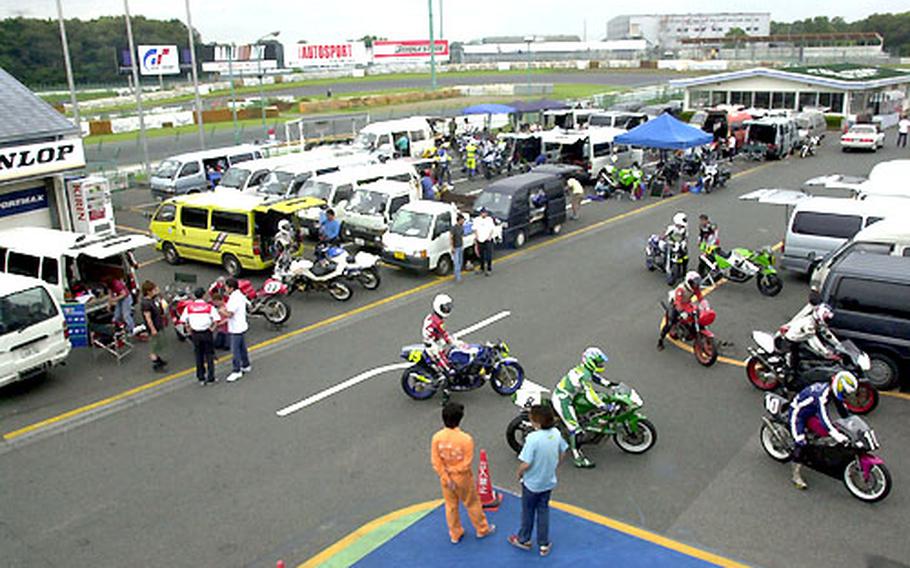 Japanese motorcyclists make adjustments and wait for their turn to race around the track at Tsukuba Circuit. (Jim Schulz / S&S)

Japanese motorcyclists make adjustments and wait for their turn to race around the track at Tsukuba Circuit. (Jim Schulz / S&S) 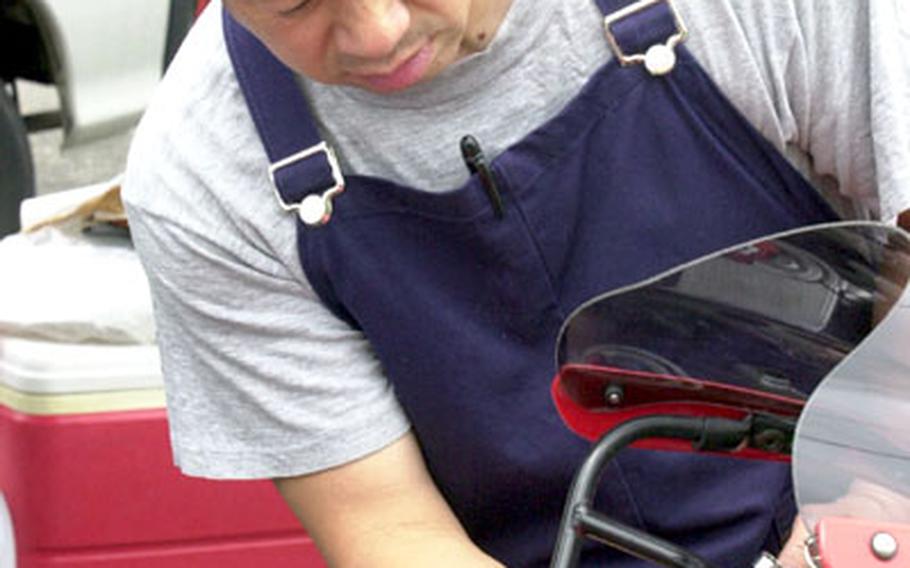 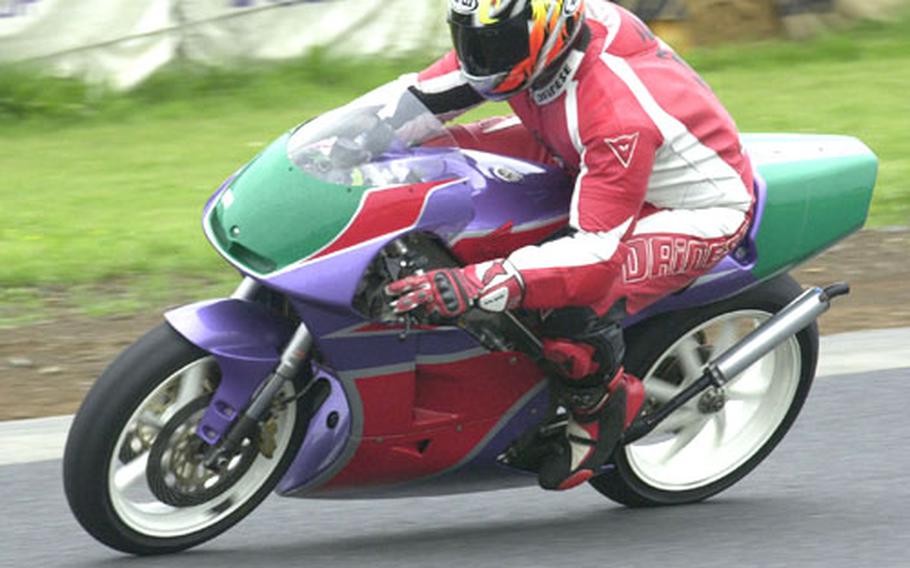 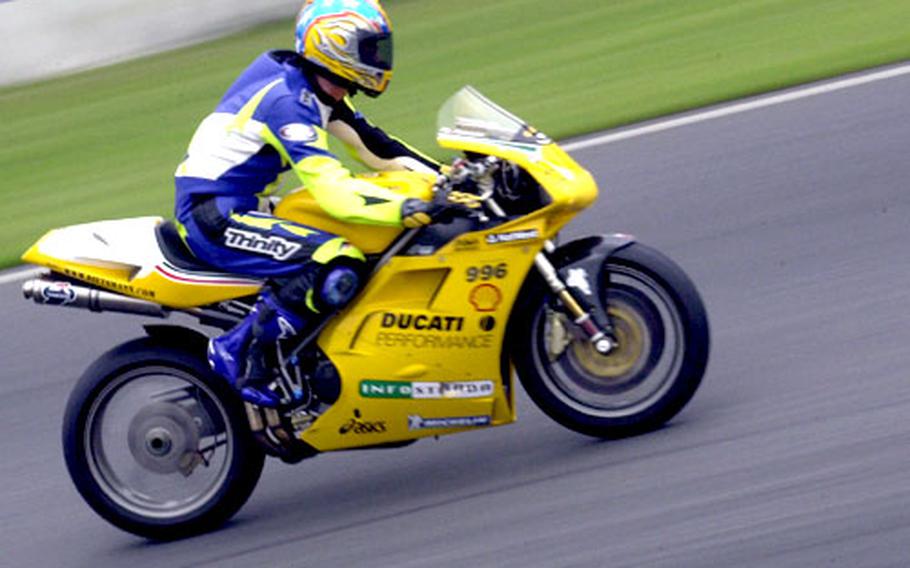 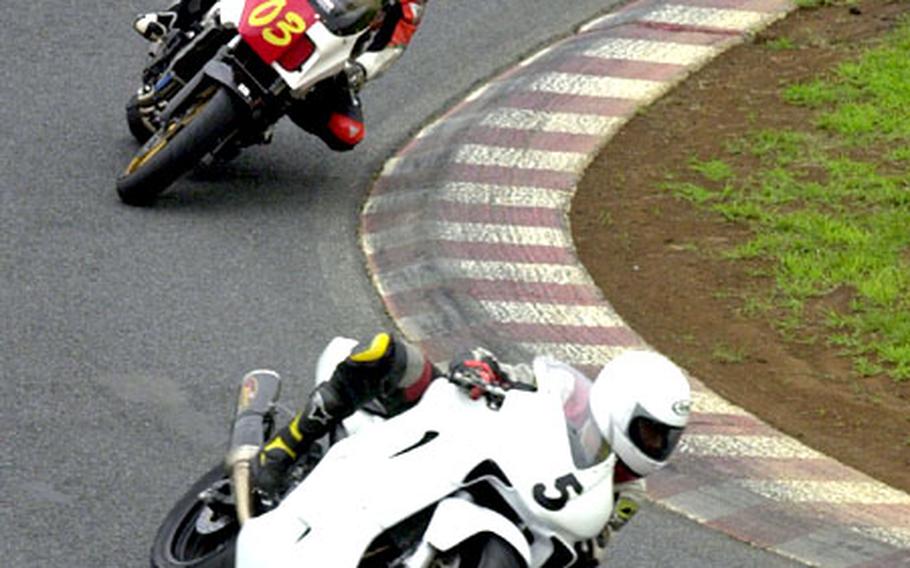 A couple of motorcyclists lean into a turn at the Tsukuba Circuit. (Jim Schulz / S&S)

About six times a year, a biker group road-trips to Tsukuba Circuit, a motorcycle track roughly five hours from Atsugi.

&#8220;It&#8217;s the only place where you can legally break the speed limit,&#8221; said Jon Magnuson, 37, a maintenance aircraft officer from Atsugi Naval Air Facility.

On this day in late June, 13 riders &#8212; servicemembers and civilians from Atsugi, Camp Zama and Yokosuka Naval Base &#8212; hauled their bikes over. Tsukuba Circuit was mobbed with almost 300 Japanese motorcyclists, some of whom the Americans would ride with during their three 20-minute track sessions.

The loud drone of motorcycle engines speeding at upwards of 100 mph rings the ear; the air smells like gasoline and burnt rubber.

The U.S. riders say they&#8217;re not racing against the clock or each other, but trying to challenge and practice their riding skills in a safe environment.

McCullagh says circuit riding is much safer than the roads: Everyone is going the same direction; there&#8217;s no oncoming traffic. A trained medical staff is on hand. And, he pointed out, the barriers lining the track are soft foam blocks.

McCullagh and his group don&#8217;t have to pay to use the track, which, he said, normally would cost about $250 to $300 each. Because it&#8217;s Bridgestone Tire day, motorcyclists ride for free as long as their bikes sport Bridgestone tires. A new set costs about $300 but can last for a while, say the riders.

Bridgestone rents the track for the day to promote and seek feedback on its products, a company spokesman said.

The riders in McCullagh&#8217;s group said they shop at nearby parts and repair store near Camp Zama. Bridgestone extends an invitation to use Tsukuba and other circuits in Japan to select motorcycle shop owners, who in turn invite thier customers to the track, the Americans said.

That day at the track two of the American riders went down; no injuries, just some hurt pride when they leaned into one side too far and the bike slid from underneath.

The American riders know each other through an informal motorcycle club at Atsugi. They sometimes get together on weekends and ride off base to Okutama, Hakone and other mountainous areas near Tokyo.