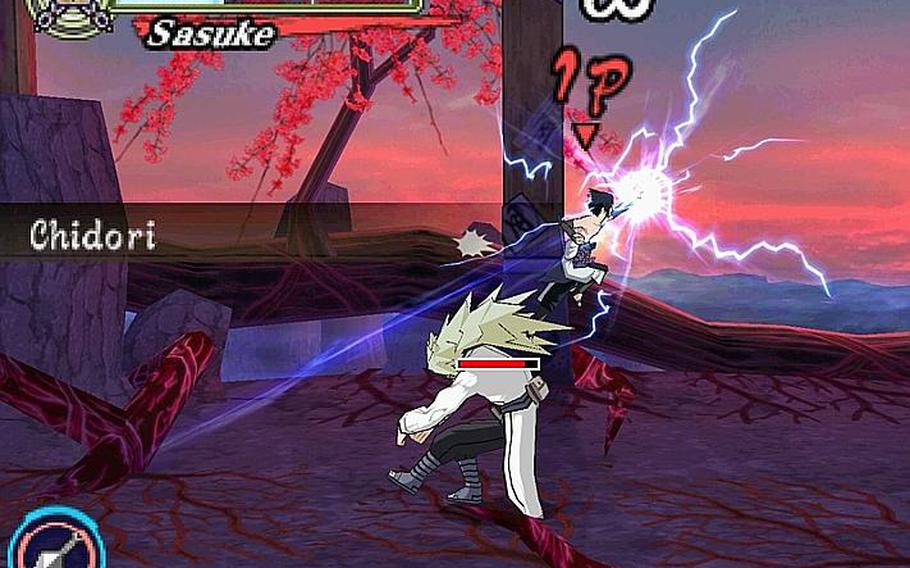 Having never really gotten into the Naruto franchise, I had no idea what to expect when I first picked up the franchise&rsquo;s latest T-rated game for the PlayStation Portable.

As it turns out, &ldquo;Naruto Shippuden: Ultimate Ninja Heroes 3&rdquo; by Namco Bandai wasn&rsquo;t very difficult to get into. Starring Naruto, a character featured in many other games, &ldquo;Heroes 3&rdquo; is very enjoyable at first, but it does get a little stale and monotonous as time goes on.

The game features four playable modes. You can familiarize yourself with the more than 50 characters and their moves in Practice mode before setting up a match between you and a fighter in the Free Battle mode.

Or you can try your hand at Master Road, the game&rsquo;s primary mode. Master Road consists of a sequence of points on a map, which represent missions, animated story sequences and points that can be had for unlocking valuable items and skills. The story is told through beautifully drawn animated sequences and helps give context to the missions that follow. Getting Naruto through the seven chapters is the key to completing the Master Road mode.

At first, this process of moving from one point on the map to the next is fine. However, after playing through hours of this, it can grow tiresome. Add to that the shortness of many of the fighting stages and players might find themselves zipping through each stage so quickly they may begin to feel like they&rsquo;re doing more staring at load screens than actual playing.

&ldquo;Heroes 3&rdquo; also offers an ad-hoc mode, which supports up to four players. This allows you to invite friends to help out in the game or form a wireless battle between them and you.

The look and sounds of the game are pretty solid. Naruto offers some very detailed and great-looking cut scenes. The players and background are well drawn. The voice acting and sound are crisp and spot on. All of these elements make this a good game to watch and increased my overall interest. With limited knowledge of the series, I did find myself lost at certain times and felt the game could have done a better job of introducing new players to the world of this popular franchise.

The controls of the game are pretty simple, which is good and bad. Naruto is a button masher&rsquo;s dream, which makes some of the levels far too easy to get through. All in all, the game offers a few solid hours of fun. But after that, the repetitive game play might cause you to seek entertainment elsewhere.