Movies: What's On Hand for Summer 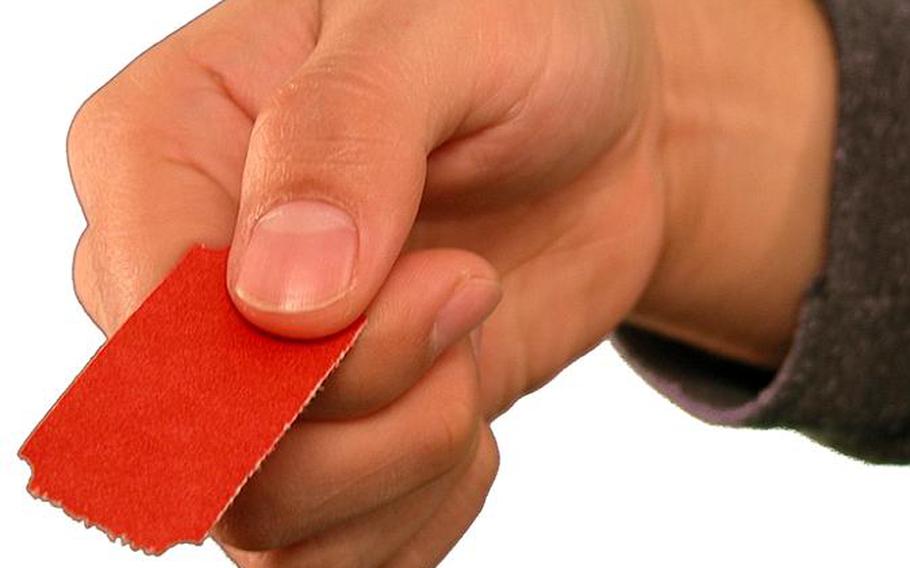 Getting excited about the summer movie season? Stripes staffers are, too. Here are a few of the movies we&rsquo;re waiting to watch. To find out more about the movies ahead this summer, check out Diversions on May 1.

All dates in the story are for the U.S.

"Thor"Cue thunder and lightning. &ldquo;The world has many heroes, but only one is a god.&rdquo;

Awesome special effects and cheesy lines&mdash;what more could a Marvel fangirl ask of the new &ldquo;Thor&rdquo;movie out May 6. When I first saw the movie teased at the end of &ldquo;Iron Man II,&rdquo; I was worried that the plot would consist of muscled-meathead-makes-good. Then I saw Chris Hemsworth, playing the lead role, and didn&rsquo;t mind so much. Director Kenneth Branagh adds substance to the film about a &lsquo;cut&rsquo; Norse god of thunder with the casting of Natalie Portman as the curious and intelligent Jane Foster.

Then there&rsquo;s Loki, god of mischief, played by Tom Hiddleston. If you&rsquo;ve seen the same movie poster I have, then you&rsquo;ll agree that there will definitely be some serious mischief to be had in this movie.

As if all of that wasn&rsquo;t enough, there are also rumors of the expected cameo by Stan Lee. &lsquo;Nuff said!

The story, from what I can gather, follows a Texas boy into adulthood and how he wrestles with his mother&rsquo;s and father&rsquo;s separate visions of the world, and his attempts to see which applies.

I&rsquo;ve always been a sucker for stories about the search for the eternal. I&rsquo;m one of the few people I know who enjoyed both film versions of W. Somerset Maugham&rsquo;s &ldquo;The Razor&rsquo;s Edge.&rdquo;

Sean Penn, while a polarizing guy politically, is clearly among the best actors of his generation. And Brad Pitt, who I used to want to dismiss as a pretty boy but never could, is always interesting.

Done badly, of course, these movies can be excruciating (see, or rather don&rsquo;t see, &ldquo;What Dreams May Come&rdquo;).

But in the right hands, movies that in the end give you more to think about than who got the girl stay with you forever. I hope this is one.

&ldquo;Super 8&rdquo;I&rsquo;ve been looking forward to checking into &ldquo;Super 8&rdquo; since I saw the first trailer last year, with its mysterious suggestions of an unknown menace escaping from a derailed train. Full disclosure &ndash; any trailer that starts with the letters &ldquo;Directed by J.J. Abrams&rdquo; is going to get this &ldquo;Star Trek&rdquo; and &ldquo;Fringe&rdquo; fan&rsquo;s attention.

More recent trailers reveal that the plot stems from a 1979 government evacuation of part of Area 51 (so the monsters are probably aliens!) and a relocation to a facility in Ohio. Except &ndash; oops! &ndash; the train derails and the creature or creatures escape. And kids hooked on making their own monster movies just happen to be involved somehow.

The trailer somehow reminds me both of Steven Spielberg&rsquo;s 1982 movie &ldquo;E.T.&rdquo; and of Abrams&rsquo; 2008 flick &ldquo;Cloverfield,&rdquo; in which an alien roamed through New York City and residents caught it all on shaky handheld camera. &ldquo;Super 8&rdquo; looks to be an improvement on the &ldquo;Cloverfield&rdquo; theme, with Spielberg in the producer&rsquo;s chair, giving a softer, more nostalgic, frankly more watchable effect. The movie appears to combine the very best of Abrams&rsquo; imagination and Spielberg&rsquo;s vision to create a sort of &ldquo;Goonies&rdquo; meets &ldquo;Fringe&rdquo; vibe.

With talent like that at the helm, I plan to be in the theater June 10, popcorn in hand, for what I expect to be a masterful mashup of monstrous scares and heart-tugging moments.

The film focuses on Hal Jordan, a fighter pilot given a mysterious ring by a dying alien who crashed on Earth. Jordan dons the ring, takes the oath and joins the Green Lantern Corps, an interstellar police agency composed of ring-wielders from across the galaxy.

The film promises to be a mix of superhero exploits with a galactic twist. Based on the previews released so far, a fair chunk of the film will take place on the planet Oa, home to the Corps. Fans of the comic book will see some of their favorite alien Green Lanterns milling about.

A preliminary trailer released earlier this year raised doubts among the fanboy community as to whether the film would work. Internet forums were full of fans complaining that Ryan Reynolds was a poor choice for the lead, and that the special effects looked dubious.

Much of those fears have been laid to rest in the past month or so, with the release of a second trailer that clocked in at four minutes and looked pretty smooth. This film will surely be a CGI-fest. Aside from the numerous digitally rendered alien Green Lanterns and set pieces, Reynolds&rsquo; costume is also CGI. And with a ring that can basically construct any thought, it&rsquo;ll surely be nice to look at.

The story&rsquo;s big baddies will force Jordan, the first earthling recruited to the Green Lantern Corps, to confront and overcome the fear that lives inside everyone. Writers who have resurrected the Green Lantern comic book franchise in recent years have been actively involved in the film, so fans are expecting a tale that is faithful to the comics.

&ldquo;Harry Potter and the Deathly Hallows: Part 2.&rdquo;In July, fans will say a final farewell to the wizarding world with the release of &ldquo;Harry Potter and the Deathly Hallows: Part 2.&rdquo; It will be a sad and hard goodbye as those who have read the final book in the popular series know. There&rsquo;s a war going on &ndash; and the fighting is brutal and takes a toll on everyone. But this movie should be good viewing. &ldquo;Part 1&rdquo; was the best of the films so far and set audiences up well for the final showdown between the Boy-Who-Lived and The Dark Lord. I promise &ndash; the trio of Harry, Ron and Hermione do leave the woods &ndash; and they have an interesting stop to make before returning to Hogwarts. I&rsquo;m looking forward to a couple scenes in the movie. First up, Helena Bonham Carter will be an even more twisted version of her character Bellatrix. Also, I can&rsquo;t wait to cheer during favorite character Neville Longbottom&rsquo;s act of bravery. But I&rsquo;ll be doing it with tissues in hand.

But don&rsquo;t make that mistake.

When the Wild West meets the Final Frontier, you get the director of &ldquo;Iron Man&rdquo; leading James Bond and Indiana Jones in a shoot-&rsquo;em-up against an alien life force that likes to snatch people out of the sky. Add in Olivia Wilde from the TV show &ldquo;House&rdquo; along for the ride as the woman with all the mystery&rsquo;s answers, and you can&rsquo;t go wrong here. It&rsquo;s guaranteed to be an epic showdown that pits good ol&rsquo; grit against some extraterrestrials on a technology-laced killing spree.

Suitable for a movie set in the Old West, director Jon Favreau isn&rsquo;t pulling any punches. &ldquo;Cowboys & Aliens&rdquo; is action, special effects &ndash; and the possible saloon fight or two. And how can you not want to see a movie with a title like that?

The movie is due on screen July 29.

I&rsquo;m interested to see how well late &rsquo;80s Oklahoma will be depicted. I am also curious to compare teen life then versus teen life now. Plus, I haven&rsquo;t seen Kudrow in a movie in a while and it will be interesting to see how well she works with Temple and Macy. Also, the movie features music from the decade. The movie is due out Aug. 5.

What movie are you looking forward to this summer? Let us know in the comments.