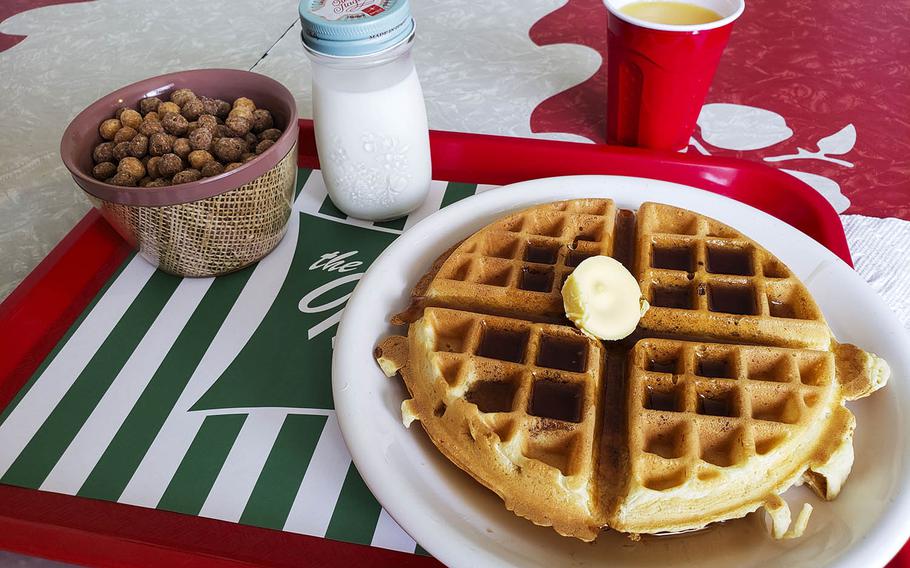 The Mint Motel’s small menu was inspired by continental breakfasts in the United States. The eatery is within walking distance of Yokota Air Base, Japan. (Theron Godbold/Stars and Stripes)

The Mint Motel’s small menu was inspired by continental breakfasts in the United States. The eatery is within walking distance of Yokota Air Base, Japan. (Theron Godbold/Stars and Stripes) 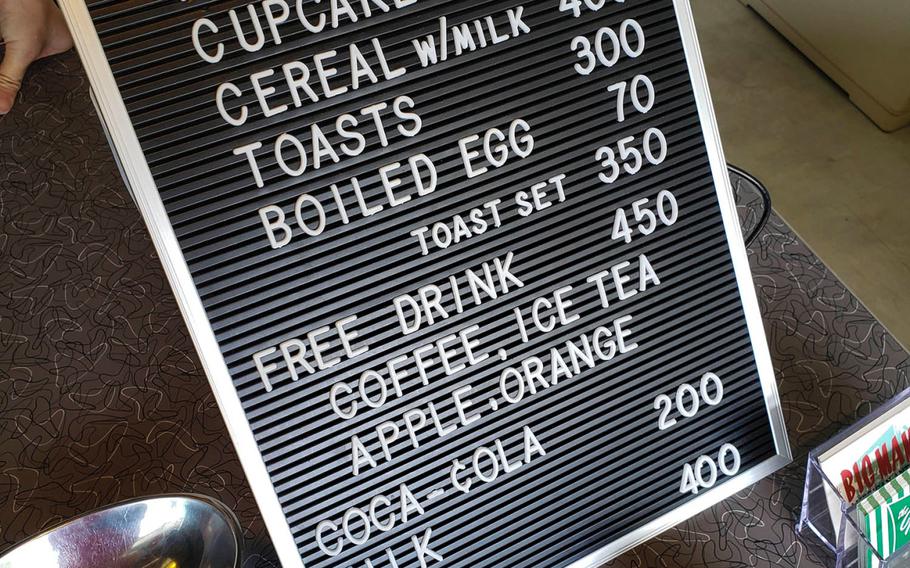 The Mint Motel, a restaurant that recently opened outside of Yokota Air Base in western Tokyo, specializes in waffles, pancakes and cupcakes. (Theron Godbold/ Stars and Stripes) 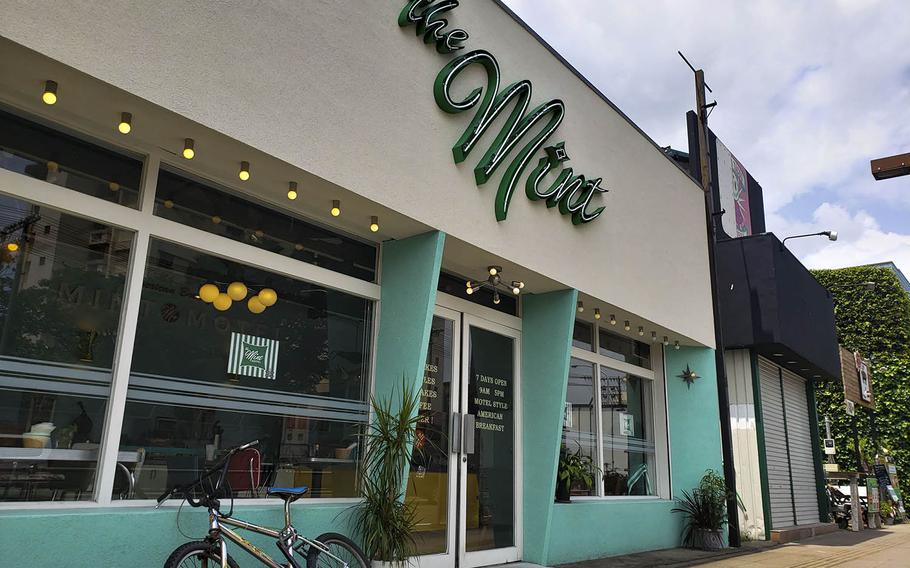 The Mint Motel, a restaurant that recently opened outside of Yokota Air Base in western Tokyo, specializes in waffles, pancakes and cupcakes. (Theron Godbold/Stars and Stripes) 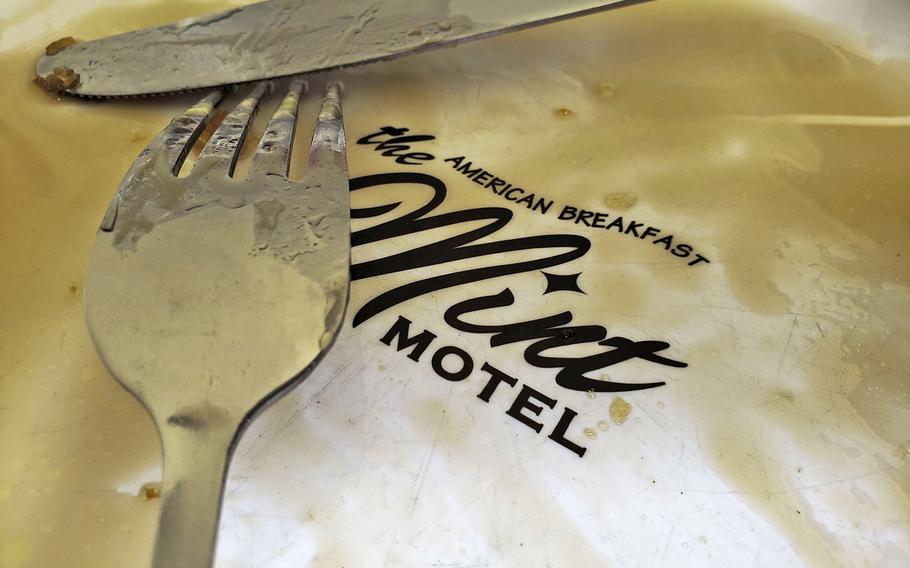 66p av The Mint Motel, a new restaurant outside of Yokota Air Base, home of US Forces Japan in Western Tokyo, on route 16 uses a pre mixed batter for its waffles and pancakes which may lead to empty plates, July 24, 2019. Theron Godbold/Stars and Stripes ()

A new restaurant, The Mint Motel, has sprung up on Route 16 just a five-minute walk from the supply gate at Yokota Air Base in western Tokyo.

The “motel” label is a misnomer, however. The place serves only breakfast and has no rooms to let. The Mint Motel concept is based on the small, typically complimentary breakfasts found at most U.S. motels.

Open since April, the Mint, with a decor from the 1940s and ’50s, feels more like a film set than a restaurant.

The sound of swinging jazz and the brassy voice of a female singer filled the air as I entered on a recent weekday. The music fit like a puzzle piece into the small restaurant’s decor. Fourteen chairs around five tables, all looking like they came from the set of “Leave It to Beaver,” filled the small dining area.

Like most continental breakfasts in the States, I was let down here, as well, starting with the price. I paid 1,566 yen ($14.48) for a waffle, a stale bowl of cereal and a glass of juice.

The pre-mixed batter for the waffles and pancakes was decent and made for some fluffy waffles. That fact still didn’t make up for the lack of variety. If you want sweet but no savory, then you will likely be fine.

The Mint opens at 9 a.m. and closes at 5 p.m., which made me wonder who its patrons are meant to be. It opens too late for breakfast for commuters headed to work and closes too early to catch them on their way home. That leaves the lunch crowd, but at 11:30 a.m. on a Wednesday, I was the only customer.

The wait staff was helpful and spoke English. There isn’t any parking on site, but there is a pay lot about a block away and the base is only a five- or 10-minute walk depending on whether you are coming from the supply gate or the main gate.

I was hoping for more. In the end, the Mint Motel left me feeling like many other motels where I’ve spent a fleeting night — disappointed and ready to get back on the road.