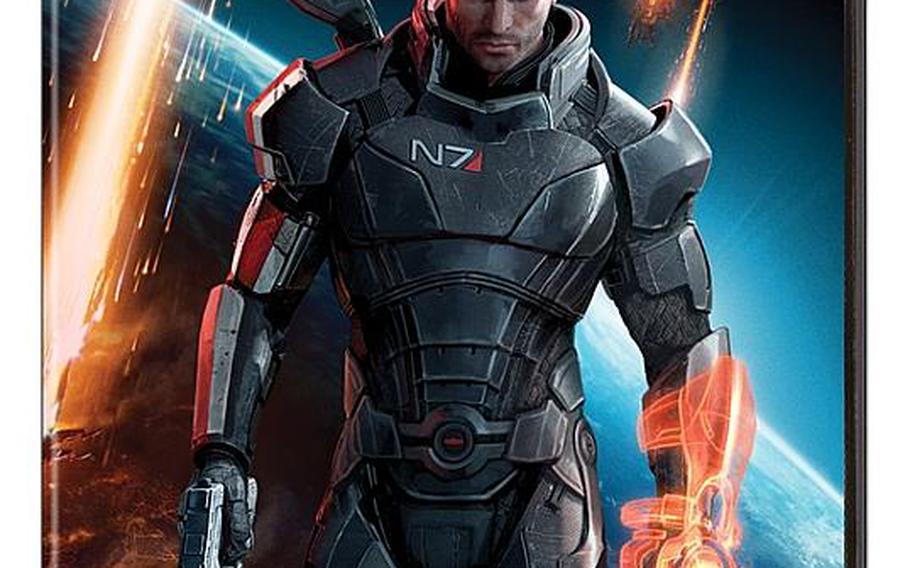 Eighteen hours hardly seems like a rush. However, I sped through the “Mass Effect 3” campaign, skipping most of the side missions, so I could complete my review on time. It was an exhilarating ride up until it ended with a disappointing thud.

Of course, it was my fault for rushing things and practically guaranteeing that I’d get the worst of the game’s possible endings. That’s why I started the entire process all over again the very next day, swearing I would take the time to complete every mission.

The M-rated “Mass Effect” saga — developed by BioWare for Electronic Arts — drops you in the middle of a war against a mechanized civilization known as the Reapers, which is intent on wiping out all space-faring civilizations in the galaxy. In the final installment of the trilogy, you again play as Commander Shepard, whose mission this time is to gather allies for a counterattack before the Reapers can exterminate all human life on Earth.

Those who have played the first two games are well aware the galaxy is an unfriendly place. Salarians have used disease to sterilize the warlike Krogans. The Quarians have been evicted from their home world by a robotic race they had created. Turians and Asaris might seem powerful, but the Reaper invasion has sent them reeling. And a group of human renegades known as Cerberus is making life difficult for everyone.

Convincing enough of these civilizations to band together requires diplomacy, firepower and a lot of tough choices. Helping one race will upset others. Saving one might doom another.

You’ll also receive distress calls from remote outposts or requests for assistance from old friends. Each of these can provide troops, technology and equipment that will be essential to the war effort. Fail to respond to enough of these requests, and you’ll end up with my unhappy fate.

The decisions don’t only concern what you do, but how you do it. Are you a “paragon” who takes the honorable course, or a “renegade” who literally shoots first and asks questions later? Your choices will affect how other characters react to you and will limit what dialogue options you have later in the game.

If you played previous editions of the game, choices you made in the past can affect which allies are available and how they react to you. Did you romance another character in the first game? Did you keep all your crew members alive in the second? Having played the game through with a “new” character and part-way with a character I imported from “Mass Effect 2,” I can see an impressive difference already.

However, if you’re a beginner who doesn’t know a Prothean from a Geth, you’ll still get along fine because the basic story gives you all of the info you need.

The story line is intense and packed with action. The missions are well designed and usually very exciting. Battles are often downright epic. There’s no time for little things when the fate of the galaxy hangs in the balance.

As a result, most of the tedious aspects — searching for minerals, hacking computers and maintaining your equipment inventory, for example — have been eliminated or greatly streamlined.

In addition, the combat system has been refined to make it much more action-oriented. Aiming, shooting, running, using special abilities and directing squad members are handled smoothly and efficiently. The only hitch is the cover system. It can be a bit difficult to duck behind a wall quickly or to move away without sticking to your hiding spot.

Special abilities differ from class to class. Soldiers have weapons- and defense-related abilities. Engineers work with shielding, computers and other technology. Adepts are practically magical in their ability to wield energy as a weapon. Other classes combine skills from these major categories. The effects can be impressive on the battlefield as well as pleasing to the eye.

It’s important to make sure you always keep a good balance of these skills in your squad. At the beginning of each mission, you select two crew members to accompany you. I prefer to have one of each of the three main classes so I can have plenty of attack options.

Admittedly, your companions’ combat effectiveness isn’t particularly high. In many cases, their primary benefit is drawing fire so you can flank enemy positions. However, between missions, they are absolutely vital to developing the network of alliances you need for the war.

The graphics are very good, offering much more detail and textures than the previous games. The much-improved environments were especially impressive. I tried the game on both the Xbox 360 and the PlayStation 3. The PS3 graphics we’re noticeably better, but I experienced many more stutters and glitches on that system.

If you play the game on Xbox 360, you have the option of using the Kinect to issue commands to Shepard and his squad. Directing Shepard to open a door can be handled much more efficiently by tapping a button. However, it can be handy to issue voice commands for special attacks by your comrades in the middle of combat.

Although it isn’t quite as robust or entertaining as the “Nazi Zombie” modes in “Call of Duty,” it’s a fun way to extend your time in the “Mass Effect” universe. The maps are well designed with plenty of twists, turns and cover to keep things interesting. While the primary mission in each session is to simply survive wave after wave of attackers, special assignments periodically pop up. Completing these earns bonus points that can be spent on special items, such as health and ammo.

One of the best things about the survival mode is that your success carries over to the campaign, raising your force’s readiness to confront the Reapers.

Bottom line: The branching story line is among the best available, and the game play is terrific.