Mark Quigley ‘I originally thought, you know, this was it’ 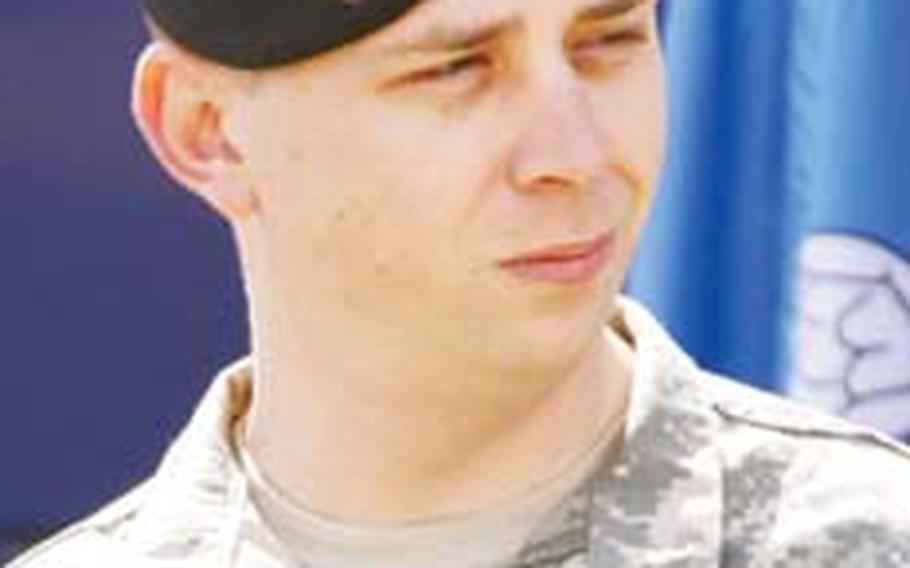 Hart was hit in the head when the shooting started.

Staff Sgt. Mark Quigley and his friend Sgt. David Hart had walked into an ambush. He wasn&#8217;t moving, but Quigley knew he had to get to him.

His wound was likely fatal, but Quigley and his fellow soldiers fought their way through insurgents to try to save him.

"Sgt. Hart was an extremely good friend of mine. He was probably one of my best friends in the unit, and also you have that hope in the back of your head that if you can get to him and get him out to a bird or a medical facility that has a lot better capabilities than we do &#8212; there&#8217;s always that chance," Quigley said.

On Jan. 8, 2008, Quigley and other troops with the 327th Regiment, 1st Brigade Combat Team, 101st Airborne Division were conducting a reconnaissance patrol near Samarra, Iraq.

The troops had received intelligence that there was a possible al-Qaida training camp in the area and had come upon a bomb-making factory, said Quigley, 27.

As the troops fanned out into the deep grass, Quigley and Hart ran into insurgents dug into fighting positions, he said.

"Sgt. Hart was hit immediately, probably with the first couple of shots fired," Quigley said. "I got pinned down, not even a couple of meters behind him and to the left of him."

Quigley saw Hart was hit in the head, but he didn&#8217;t know how badly Hart was hurt.

As Quigley tried to crawl toward Hart, the gunfire intensified.

"It was deafening," Quigley said. "You hear the whizzing of the rounds by your head and the thuds of them hitting the ground around you."

The bullets were landing inches from him. Then insurgents started tossing grenades at him.

"I originally thought, you know, this was it, I was done; then I got angry &#8230; not being able to get Sgt. Hart just really made me angry, so I started just trying to focus on getting to him and what I needed to do to get him out," Quigley said.

Quigley returned fire, going through four magazines and throwing two grenades back at the insurgents, according to his award citation.

After about 15 minutes, he hadn&#8217;t reached Hart and was running low on ammunition, so he crawled away to find help.

He came across three soldiers and grabbed extra ammunition and grenades.

Quigley and another soldier laid down suppressive fire so that two other soldiers could grab Hart and get him out of there.

After Hart was moved, Quigley cut off his equipment and started to give him first aid. Hart was later medevaced.

"He was pretty much gone," Quigley said. "He still had vital signs, but the injury that he took &#8212; everybody just kind of knew that he wasn&#8217;t going to make it, but we did everything we could."

Hart did not survive.

Some of the insurgents were able to get away through a system of underground tunnels.

Quigley was awarded the Silver Star for his efforts to save his friend.