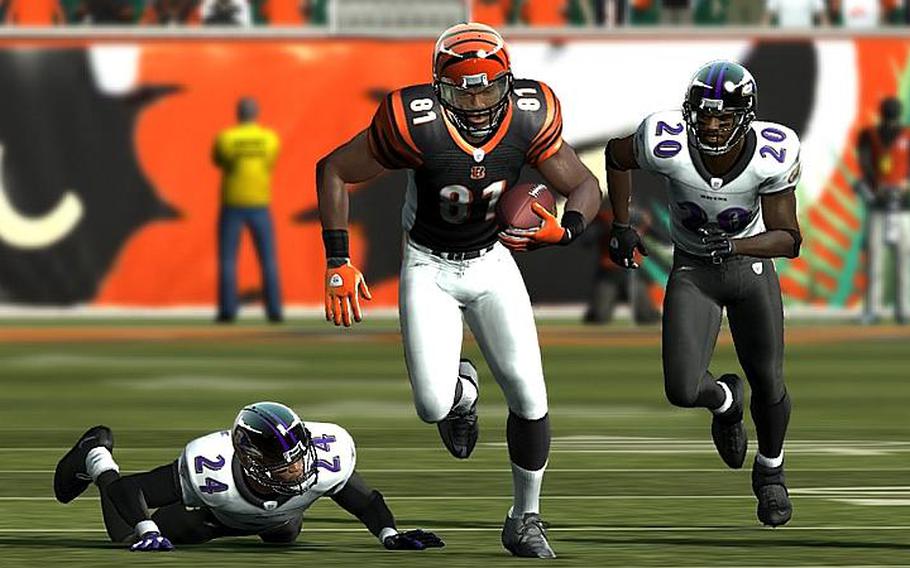 'Madden NFL 11' lets you make some spectacular plays whether you're a newbie or a veteran player. (EA Sports)

'Madden NFL 11' lets you make some spectacular plays whether you're a newbie or a veteran player. (EA Sports) 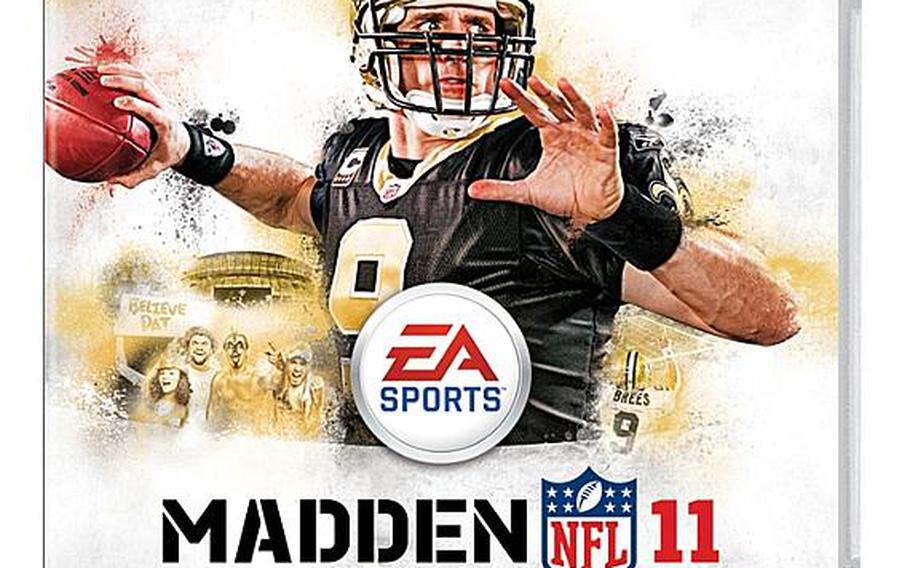 The name of the game is options. I’m talking about the kind that take an already extremely successful, 20-year-running football game franchise and give it new life.

While the graphics have some catching up to do with other big titles of this generation, “Madden 11” is a bright spot in the fairly monotonous world of annually retooled football sims.

If you like Drew Brees, you’ll be ecstatic about “Madden 11,” which features Brees heavily not only in the opening cinematic but also through the playable SuperBowl XXXV and as the poster boy for the best-rated team in the game, the Saints. And Cris Collinsworth fans will get an earful of his play-by-play analysis, just to really cement that authentic football experience.

If you want, you can even get Gus Johnson to give you helpful tips through your XBL headset for even further immersion. But that’s not the real game changer here.

The biggest selling point for “Madden 11” is easily the GameFlow system. Essentially, it can give you with the simple push of the A button a thoughtful and apparently accurate play call, minimizing the time spent deciding between Hail Marys and Da Bombs. For newcomers to the genre or casual gamers, this is an invaluable tool and, as EA Tiburon touts, legitimately saves a lot of time, shortening games significantly.

But hard-core Madden players needn’t get their hand-warmers in a bunch — there’s still very much the option to pick any of the 350 or so plays in the book. Most will likely find, though, as I did, that the game’s play calling is likely to be better than their own, and worth trying out even if just to save a few minutes.

Another major revamp for the title comes in the form of Dual Stick movement control. Of course, if you’re the quarterback, you’ll still coordinate passes by matching a button press with a receiver, but running the ball is a whole different, er, ball game. Movement is predominantly controlled with the left stick (no sprint button), but jukes can be instantly and strategically activated using the right stick, a handy maneuver that, if executed properly, can break nearly any tackle. And on defense, the same rules apply to the right stick except for the purposes of clocking the ball carrier. It’s simple, it’s responsive, and it works. The learning curve for getting really good with sticks is pretty steep, though, so don’t expect to be a master up front. Just use the training challenges (a la Tron football field?) and before you know it, you’ll be Jerry Rice-ing with the best of ‘em.

EA Sports has made huge strides to integrate their sports games and online interactions, from basic sports news updates to fully interactive games. “Madden 11,” unsurprisingly, follows suit. Three vs. three games are likely where most players will spend their time, controlling either QBs, RBs or WRs on offense or D-line, LBs and D-backs on defense. But this game takes the experience a step further by adding the “Ultimate Team” mode where players can use points to trade for athletes, kind of like a strange mix between football cards and fantasy football, in a bid to create the greatest team ever — or most “ultimate,” whichever comes first.

And in case you’re afraid that all of this interconnectivity means that the basics (like Franchise Mode, Create-a-Player, etc.) have gone away, fear not. Everything that was packed into the games you’ve grown to love returns, just with a few added online options and some fluid in-game controls.

If I had one gripe with the game, it would easily be presentation. It doesn’t seem that the graphics have evolved in any way since ’10 or even ’09, and despite the big-name announcers, the voice acting can get repetitive.

If you want a solid, easy football sim with a lot of longevity and a deep movement system, then Madden should absolutely be on your “Buy it now” list.