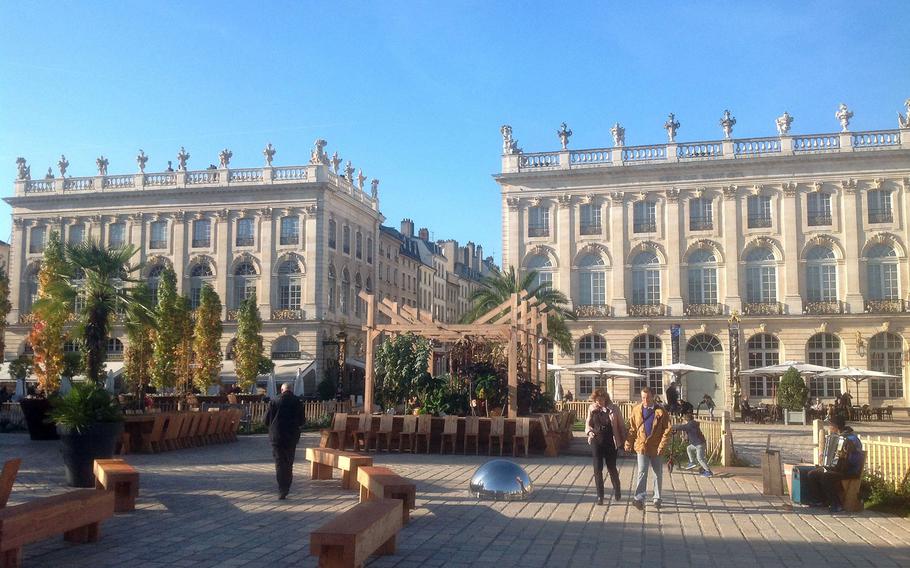 Buy Photo
Nancy's Place Stanislas, named after the dethroned last king of Poland Stanislas Lesczynski, is the centerpiece of the city and a UNESCO World Heritage site. (Slobodan Lekic/Stars and Stripes)

Buy Photo
Nancy's Place Stanislas, named after the dethroned last king of Poland Stanislas Lesczynski, is the centerpiece of the city and a UNESCO World Heritage site. (Slobodan Lekic/Stars and Stripes) 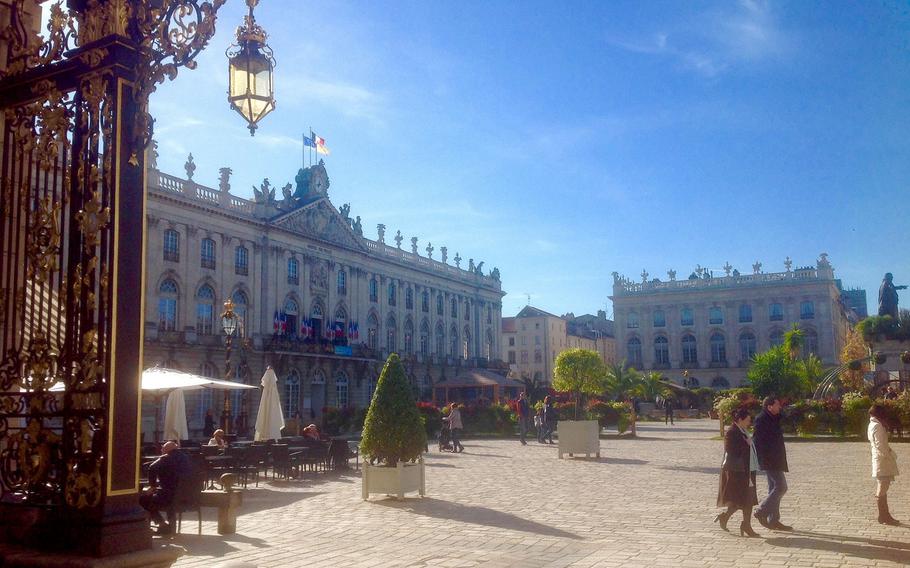 Buy Photo
Nancy's City Hall (left) is located on Place Stanislas, considered one of the most beautiful and ornate squares in the world. (Slobodan Lekic/Stars and Stripes) 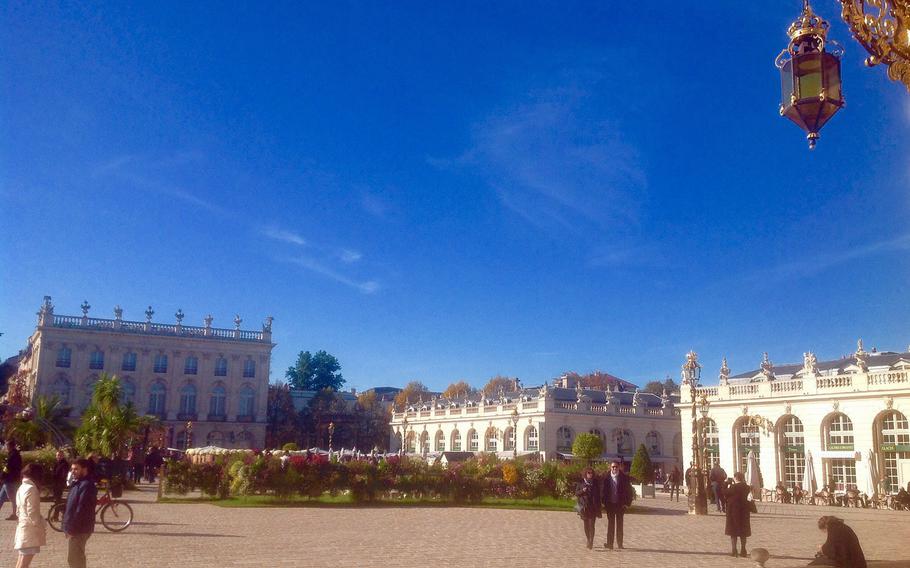 Buy Photo
Another view of Nancy's famous Place Stanislas, with the Fine Arts Museum at the far end. (Slobodan Lekic/Stars and Stripes) 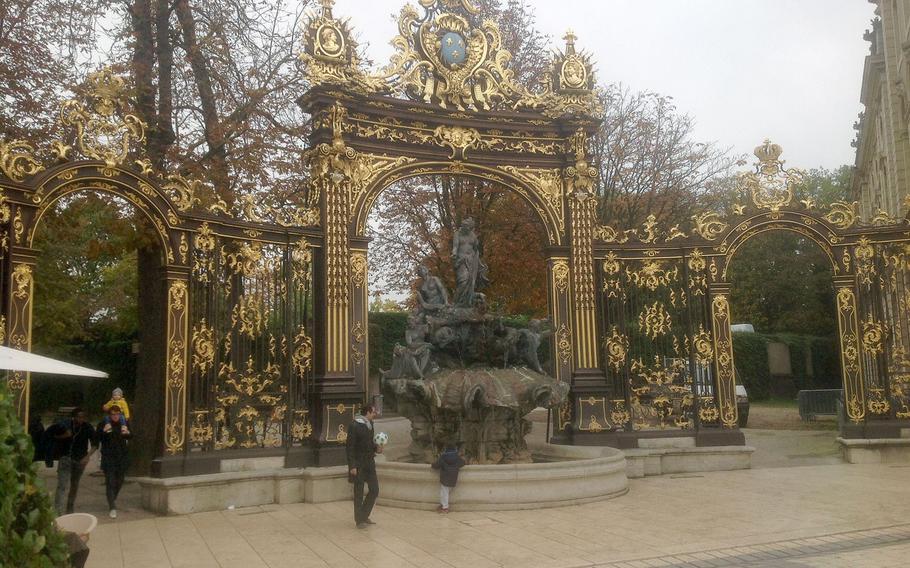 Buy Photo
One of the ornate, guilded gates to Nancy's Place Stanislas, named after the dethroned last king of Poland Stansilas Lesczynski, and the centerpiece of this city in north-eastern France. (Slobodan Lekic/Stars and Stripes) 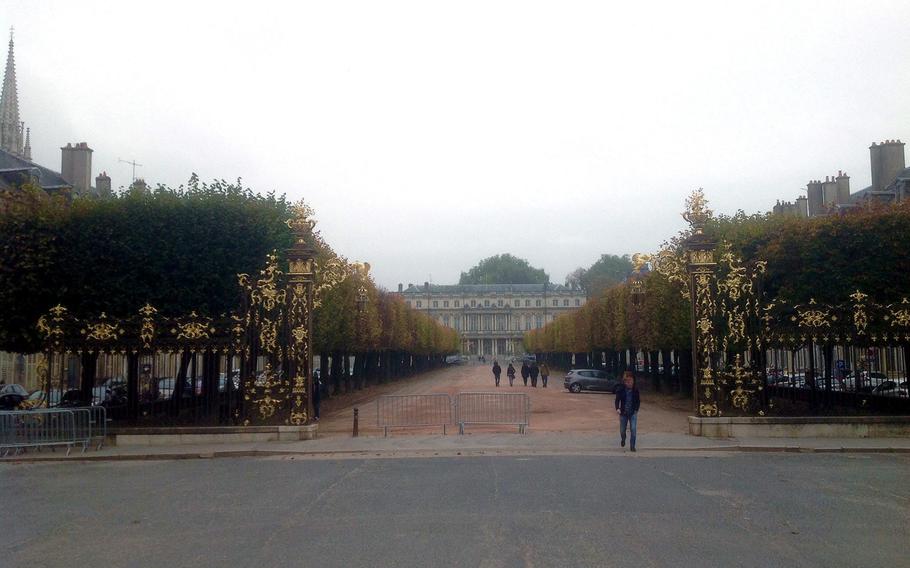 Thousands of tourists flock to Nancy to view Place Stanislas with its its elegant classical architecture and the adjoining Place de la Carriere and Place de'Alliance. () 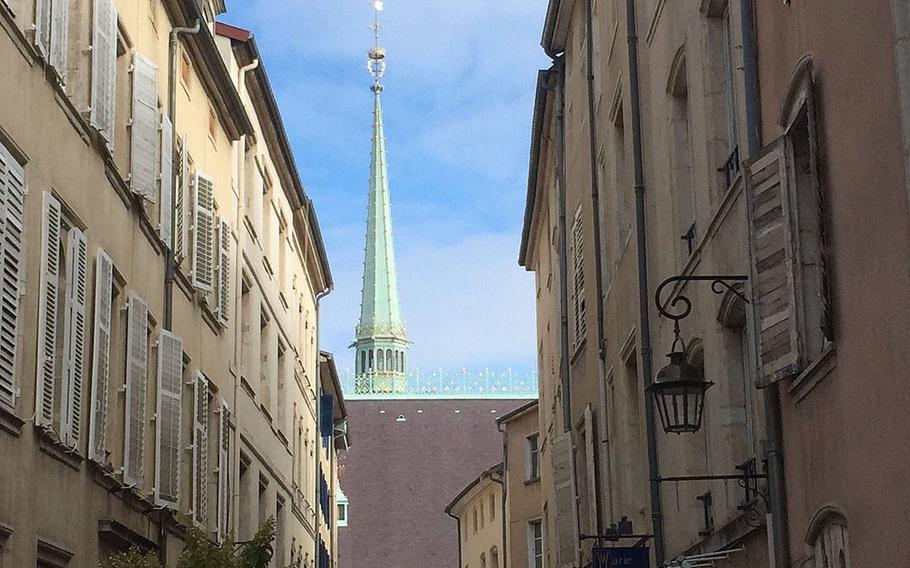 A narrow street in Nancy's medieval Old City, with the Ducal Palace with its Museum of the Lorraine in the background. The old section is packed with restaurants and cafes. () 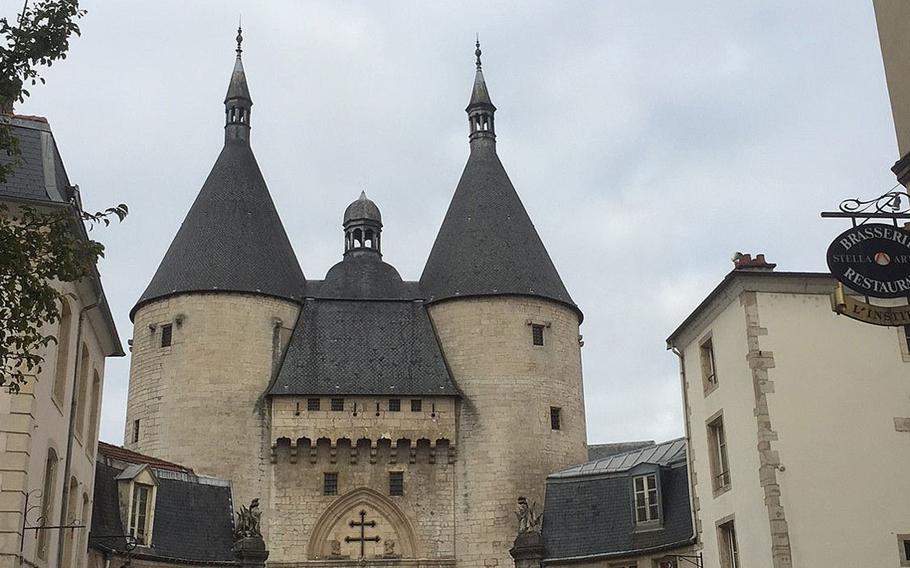 The Porte de la Craffe, an imposing gate at the edge of Nancy's Old City, is the only remnant of the walls that surrounded the town in the Middle Ages. They were demolished after the French Revolution. () 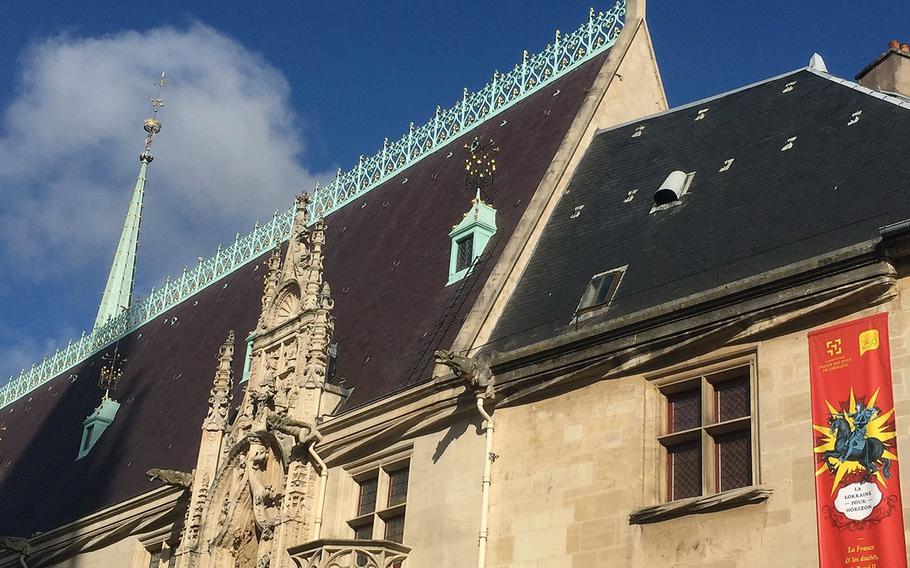 In the middle of the 18th century, a king without a kingdom transformed a rural town in eastern France into a unique gem that has to be one of the highlights of any tour of the region straddling Germany and France.

Today the UNESCO World Heritage Place Stanislas, named after the dethroned last king of Poland Stanislas Lesczynski, is the centerpiece of Nancy and is considered one of the most beautiful squares in the world.

Thousands of tourists come to view its elegant classical architecture and the adjoining Place de la Carriere and Place de’Alliance, or to sit in one of the many brasseries and watch the world go by.

A statue of Stanislas, who was also the father-in-law of France’s king Louis XV, is in the center of the extraordinary square. The massive, guilded wrought-iron railings on all four corners of the square hem in a collection of ornate buildings, including Nancy’s City Hall, The Grand Hotel de la Reine, the Opera and the Fine Arts Museum. The square also features a triumphal arch in honor of Louis XV.

There’s much more to explore in Nancy than just Place Stanislas, however. Just outside the square, the quaint Old Town (Vieille Ville) has a special medieval and Renaissance flair. It’s a warren of narrow winding streets, alleyways, small squares and fountains. Little shops, cafes and restaurants are everywhere, making the area ideal for a leisurely stroll.

On a town map, this trendy central quarter is located between the Place Carnot to the west, and the Pepeniere garden to the east.

Medieval buildings, such as the Ducal Palace or the imposing, 14th-century Porte da la Craffe — the last vestige of the city walls that once enclosed the Old Town — are all well worth a visit.

The Ducal Palace, built in the 15th century, now houses a must for history buffs, the Museum of the Lorraine, France’s northeastern region bordering on Germany, Belgium and Luxembourg. And the Fine Arts Museum hosts a remarkable permanent collection that includes works by French and European greats such as Delacrois, Manet, Monet, Picasso, Tintoretto, Caravaggio and Rubens.

From Kaiserslautern, take the A6 to France, where it turns into the A4. Continue west to Metz and the intersection with A31 and take that until the exit for Nancy. Follow signs to the center or Place Stanislas. On the return trip, if you prefer a much more scenic route through the Lorraine countryside, take D674 to Sarreguemines, and from there follow signs to Saarbrucken and the A6.

Parking on the street is expensive, and the price increases with each passing hour. It’s best to use one of the large underground parking garages, as at Place Carnot (22 Rue du Grand Rabbin Haquenauer). A tip: Locals claim it’s safe to park a German-registered car on the street and receive tickets, because the municipality doesn’t send them for payment to Germany due to the cost.

Hotel de Guise, a charming 17th-century manor house near the center of the Old Town and close to bars and restaurants, offers rooms from 61 euros. Breakfast is 8 euros.

There are dozens of small restaurants (brasseries) around the Old Town. Prices are mostly moderate except at Place Stanislas.