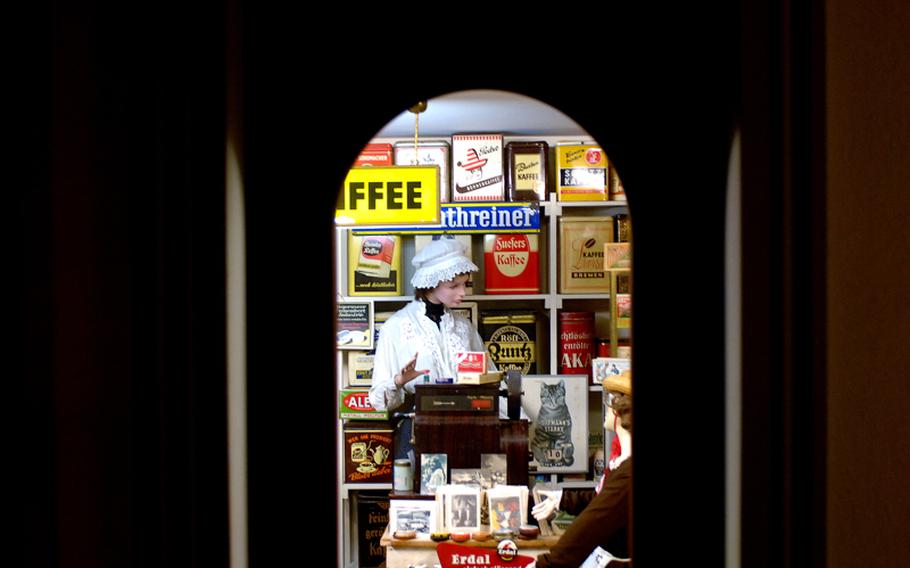 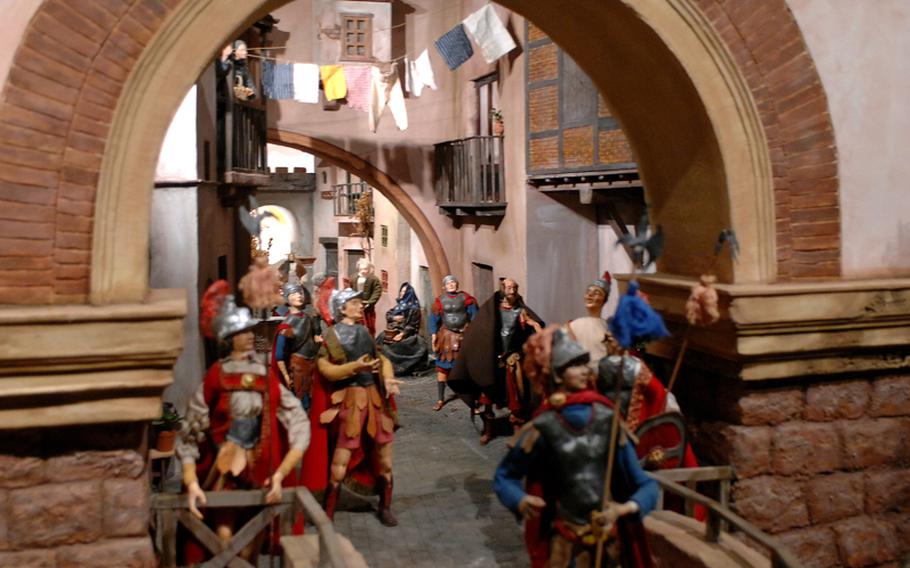 A re-creation of an old Italian village is among the displays in the ArsKrippana exhibition at Ardenner Cultur Boulevard in Losheim, Germany, Wednesday, Dec. 19, 2012. (Gregory Broome/Stars and Stripes) 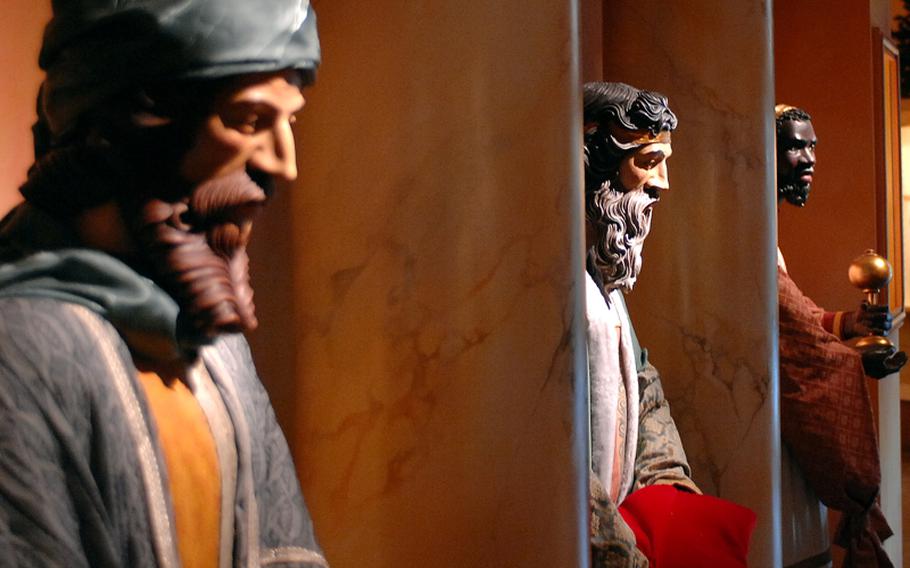 Life-size statues of the biblical three kings are displayed in the ArsKrippana exhibition at Ardenner Cultur Boulevard in Losheim, Germany, Wednesday, Dec. 19, 2012. (Gregory Broome/Stars and Stripes) 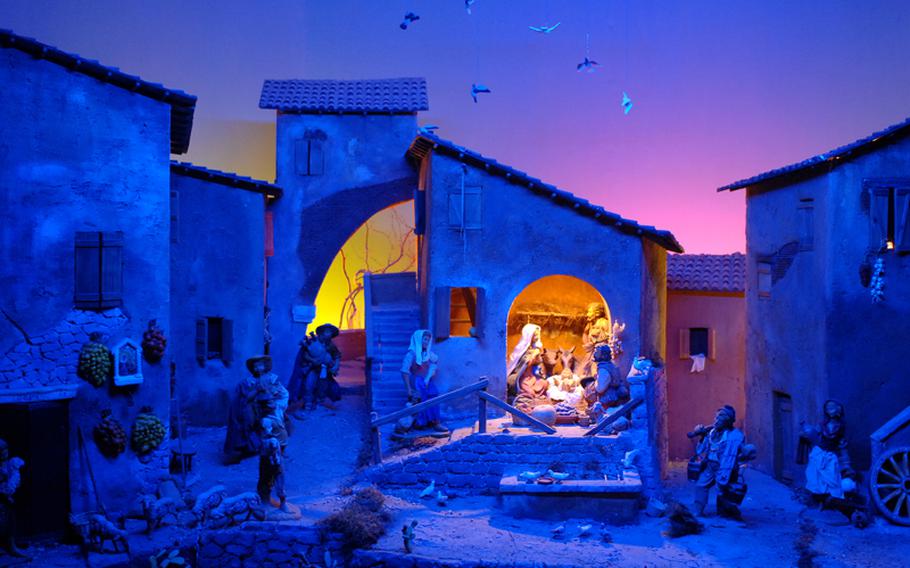 A re-creation of the scene of the birth of Jesus is displayed in the ArsKrippana display at Ardenner Cultur Boulevard in Losheim, Germany, Wednesday, Dec. 19, 2012. Nativity scenes from around the world are on display year-round. (Gregory Broome/Stars and Stripes) 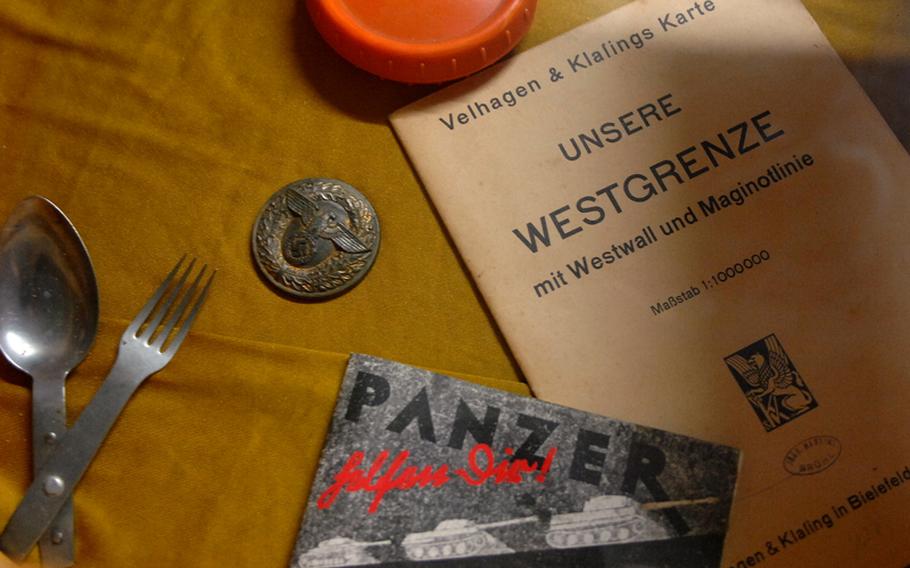 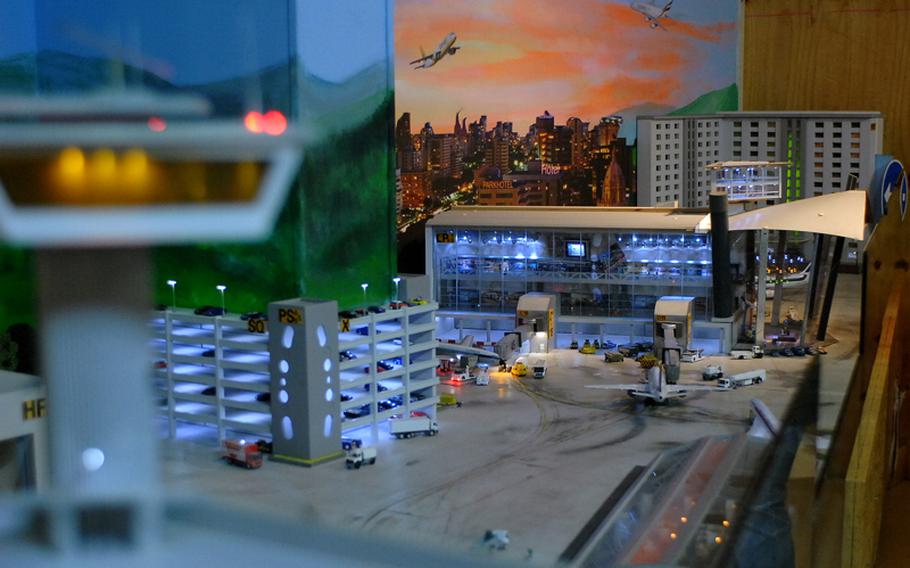 A model airport is lifelike in its detail in the ArsTecnica exhibition at Ardenner Cultur Boulevard in Losheim, Germany. (Gregory Broome/Stars and Stripes) One way or another, the Ardenner Cultur Boulevard will find a way to move you.

The border separating Belgium from Germany, indicated only by a humble metal sign and worn stone marker that belie the region’s vast history, bisects the site.

The geography of Losheim, at the heart of the Eifel mountain valley known as the Losheim Gap, made it an area of great strategic significance in World Wars I and II, and the village alternated from German to Belgian rule through much of the 20th century. The village was all but destroyed during the Battle of the Bulge in 1944-45.

It was here some four decades later that the Balter family opened an exhibition of Nativity scenes.

Hermann-Josef Balter had operated a market and furniture gallery here for some 14 years when the ArsKrippana opened in 1989, featuring exquisitely crafted cribs and ornate Nativity scenes assembled from Christian cultures across Europe and around the world.

The founding of the European Union in the early 1990s opened the village’s border crossing and made the building housing its customs office obsolete. That building was adjacent to ArsKrippana, and the Balter family purchased it. ArsTecnica, a sprawling exhibition of model trains, opened there in 1997.

Since then, the Balter family has steadily added to its trove of cultural treasures, expanding its core collections of Nativity scenes and model trains while expanding the center’s range of exhibits.

“It’s always an evolution,” said Michael Balter, son of Hermann-Josef and co-manager of the center with his brother, Guido. “It will never stop.”

Spend an afternoon touring their site, and you will be moved.

The site consists of two main exhibition buildings. The first, up a gentle hill a few steps deeper into Belgium, houses ArsKrippana and ArsFigura.

ArsKrippana is majestic for many reasons. The stunning collection features Nativity scenes from six continents, providing visitors an instructive and inspiring view of how people across the world have interpreted and shared the story of Christ. The exhibit is open year-round.

The most recent of the three main exhibits, ArsFigura, features life-size animatronic dolls placed in vintage living rooms, pubs and markets, all on a painstaking replica of a European street. Peer through the glass and watch the ersatz people enact a slow loop of everyday life: lifting a cup to the lips or serving an eternal customer across a counter. Eerie or sublime, the experience is undeniably affecting.

Outside, one strolls back to Germany from Belgium to visit ArsTecnica. Fittingly, the building contains an impressive collection of military historical items. But trains, to borrow from another of the area’s influential cultures, are its raison d’etre. Enormous layouts in a variety of scales crisscross the building, featuring trains, buses, airplanes, hot-air balloons and other vehicles weaving through castles, carnivals, war zones and big-city Bahnhofs.

It is here where the boulevard becomes simply fun.

DirectionsFrom the southeast, head west on A6; past Landstuhl, catch the A62 north. You’ll merge with A1 soon after, and take it until you reach the A60 interchange toward Bitburg. Follow A60 all the way to highway L11; drive straight through the traffic circle and head for Prum. Turn right on B410 shortly after exiting, follow it through the town and take a left on B265. Follow the winding B265 to the Belgian border. Turn onto N634, and you’ll find the center on your immediate left and its small parking lot on your right.

TimesThe center is open Tuesday through Sunday. Take your time through the rolling hills and arrive in the afternoon, as the exhibit of model trains doesn’t open until noon on weekdays. Both buildings close at 6 p.m.

CostsThe center includes two buildings — one housing the Nativity scenes and doll collection, the other devoted to model trains and the like – and separate admission applies to each building. Cost for one building is 6.50 euros per adult, 4 euros per child between the ages of 6 and 12. The family ticket offers a deal for two adults and up to four children for 18.50 euros.

FoodThe Old Smuggler bistro across the street from the center offers abundant pastries and chocolate but limited lunch options; an imbiss adjacent to the center slings the usual German fare, including Jägerschnitzel, Currywurst and Frikadellen. For a more luxurious meal, visit Balter’s Landgasthof — owned by the same family as the center itself — and pay a combined price on lunch and admission to the exhibits.