Performers from Bamberg, Germany, sing in the closing number during a dress rehearsal for Missoula Children’s Theatre’s production of “Wiz of the West.” (Rick Emert / S&S)

Performers from Bamberg, Germany, sing in the closing number during a dress rehearsal for Missoula Children’s Theatre’s production of “Wiz of the West.” (Rick Emert / S&S) 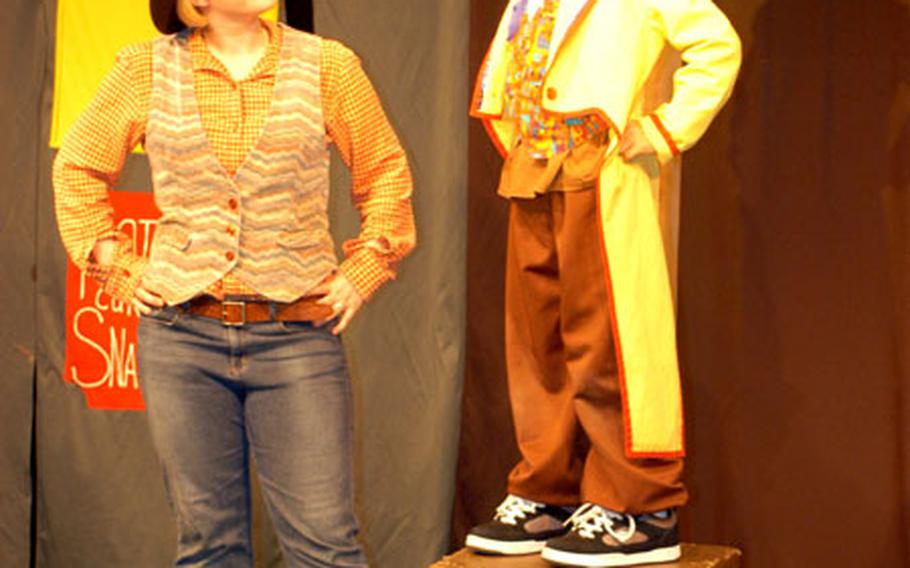 Actor/director Kylie Orr of the Missoula Children’s Theatre, left, shares a scene with Alex Villa as Dr. Ozzy during a dress rehearsal for “Wiz of the West.” (Rick Emert / S&S) 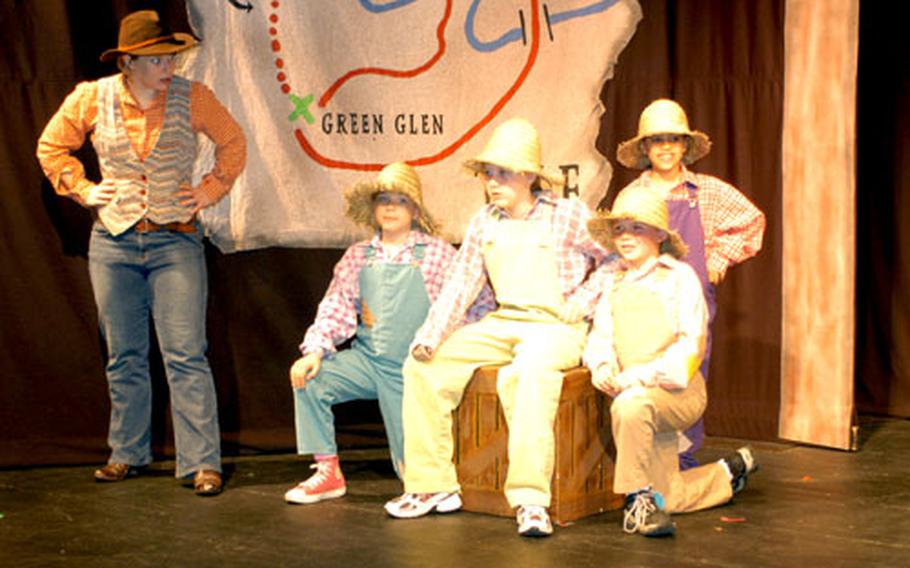 Kylie Orr, left, shares the stage with the Munch Kin during a dress rehearsal for “Wiz of the West.” (Rick Emert / S&S) Buzzards surround members of the Munch Kin during a mid-week rehearsal for the "Wiz of the West." (Rick Emert / S&S) 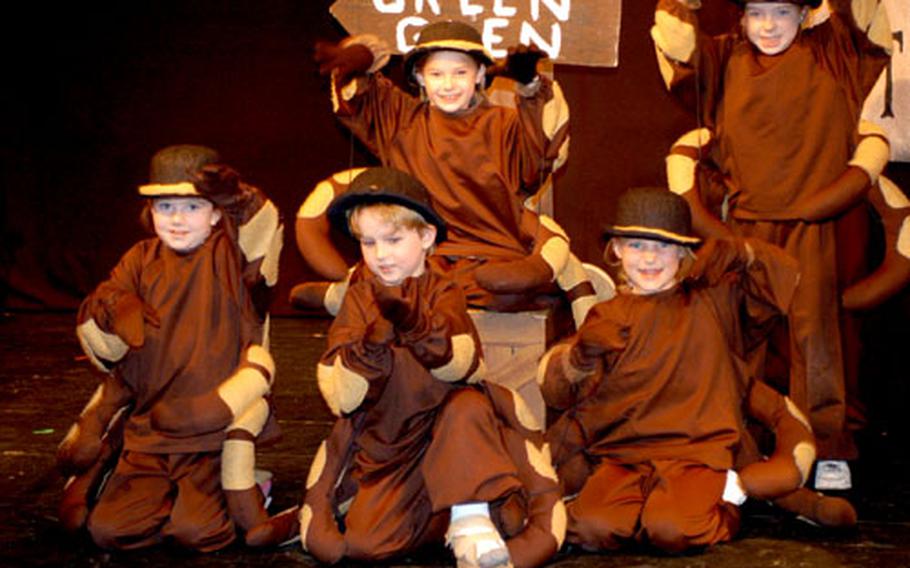 Tarantulas, played mostly by first-graders, try their hardest to look scary during a “Wiz of the West” dress rehearsal. (Rick Emert / S&S)

It seems a daunting theatrical task: auditions on Monday, four days of rehearsal and then two performances of a full-scale production on Saturday.

Add that most of the cast and crew is made up of more than 50 children ages 5 to 18, and daunting becomes nigh impossible.

Unless, of course, the production is run by actors/directors from Missoula Children&#8217;s Theatre.

This year, two teams presented &#8220;Wiz of the West,&#8221; a western take on &#8220;The Wizard of Oz,&#8221; in several military communities in Germany and Italy. Their tour was sponsored by the Morale, Welfare and Recreation Division of Installation Management Agency-Europe.

One of the stops was in Bamberg, Germany, where Kylie Orr and William Murray faced 52 excited, chattering kids &#8212; and a few very nervous and shy ones &#8212; at the beginning of a 4 p.m. audition on a Monday in May.

Within minutes, the children, from 5-year-olds to older teens, are standing in a circle that begins with the tallest, a high school student, and ends with the smallest, a first-grader.

As if by magic, the two twenty-something actor/directors have control of the youngsters.

The silence does not last long, however. As part of their audition, the kids shout out their names and ages as loudly as they can while displaying various emotions. Those who speak the loudest and display the most emotion will earn more prominent parts in the production.

Two hours later, and after much discussion and scribbling on yellow legal pads, Orr and Murray announce that all of the kids are needed for the production. Forty-eight have parts in the play, and four will be assistant directors who help with rehearsals, lighting and costumes.

During the next four days, the actors/directors put in about six hours daily, and the children, some of whom are needed only on certain days, have up to five hours of rehearsal each evening.

While the whirlwind week would seem to be overwhelming for the younger kids, they appear to enjoy the pace and being on stage.

Even kids who don&#8217;t love acting, or might be frightened of standing on stage in front of an audience, can benefit from the camp.

Part of what helps the kids bloom on stage is how they perceive the actors/directors.

By the time the week is over, the cast is ready to take the stage to show family and friends what they have learned.

Natalie Padayachee, 16, who has been in several of Missoula&#8217;s productions, plays Scared Crow in &#8220;Wiz of the West.&#8221; She says the actors learned how to work together under the eye of the directors.

&#8220;With a group this size, it can be hard to keep things under control,&#8221; she says about one hour before the first Saturday performance was to begin.

&#8220;But things have really come together. There were some small mistakes in the dress rehearsal, but if someone forgets a line, someone else can cover for them. The audience won&#8217;t know that we made a mistake.&#8221;

While Orr and Murray follow a formula for each of their seven stops in Europe, every production is a little different.

&#8220;It is the same play seven times in seven weeks, but there are a lot of things that will be different each time,&#8221; Orr says. &#8220;It may look like it would become boring to do the same play over and over, but the kids are creative and their energy helps keep us going.&#8221;

And the teams might need help to keep going. While they get the chance to do some sight-seeing in Europe, each week they must travel to a different community with their own luggage and 11 extra pieces of baggage that contain the costumes, sets and scripts.

But their energy never seems to waver. Although they will meet about 350 kids during their tour of Europe, they learn every child&#8217;s name by week&#8217;s end.