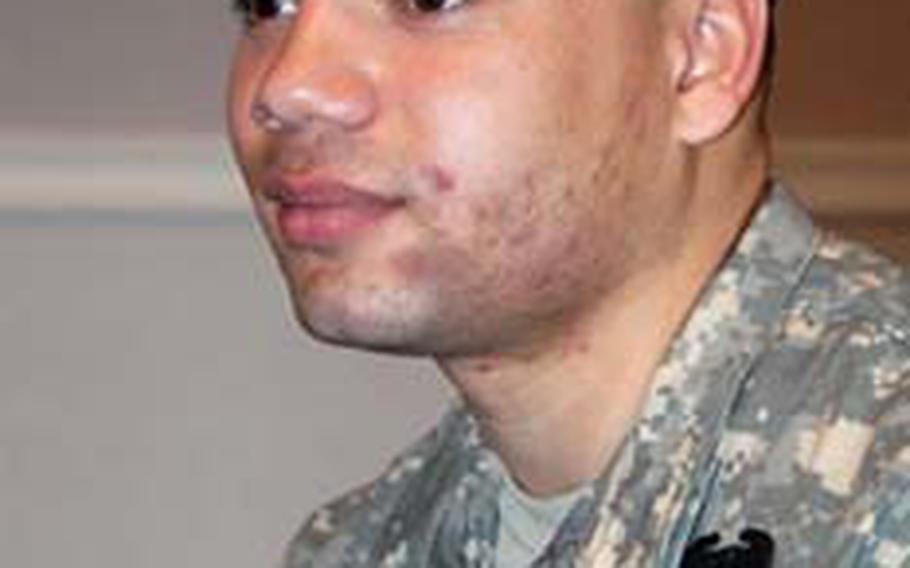 Lincoln Dockery and his men had good reason to believe that they were going to be attacked.

For the third day, the staff sergeant and his convoy of 173rd Airborne Brigade Combat Team engineers were patrolling the same stretch of hardscrabble road high in the mountains of eastern Afghanistan.

When they left Asadabad early on Nov. 16, 2007, Dockery and his guys were five months into a 14-month-plus tour, patrolling six times a week for Task Force Rock in the Korengal River Valley.

Once again clearing the road between the villages of Kandegal and Omar, they were a few hundred yards past Omar when the lead vehicle, a Husky, was slammed by a buried bomb.

As soon as the vehicle was hit, at least 30 enemy fighters opened up on the patrol with small arms, rocket-propelled grenades and machine guns.

On foot when the bomb hit, Dockery was initially dazed. Coming to and realizing that he and his men were being ambushed, Dockery ignored his shrapnel wound and ran to the damaged vehicle to see if the driver was all right.

Under heavy fire, Dockery checked on Pfc. Amador Magana, who was sitting behind a cracked windshield being peppered with AK-47 rounds. Delirious but unhurt, Magana signaled an OK.

After using the Husky&#8217;s mounted machine gun for suppressing fire, Dockery decided that to keep Magana and the rest of his soldiers safe, he needed to attack the ambush head on.

"If you for one minute freeze up, the soldiers will look at you differently. Whether it&#8217;s a right decision or a wrong decision, make a decision," Dockery said.

Low crawling up the mountain, Dockery and Taylor were going up as much as forward, first moving to within 25 yards of a group of insurgents sending withering fire on the troops trapped below.

Concealing themselves behind a rock and finding the wire that blew the bomb along the way, Dockery and Taylor used their rifles, pistols and grenades to push back the enemy.

Running low on ammunition, Dockery directed his men below to fire .50-caliber machine guns at positions above him, concealing himself with smoke and allowing the platoon leader, 1st Lt. (now Capt.) William Cromie, to arrive with more ammo.

Now somewhat protected by the grenade-throwing Cromie, Dockery and Taylor again made an uphill assault, closing the last 25-yard gap between themselves and the enemy position, eventually reaching a building that had been providing cover while remaining fighters scrambled higher up the valley&#8217;s side.

By the time the fighting slowed, mortars, artillery and close-air support had devastated the enemy ambush.

A trained combat engineer from Runnemede, N.J., Dockery, 26, has spent his entire career based at Warner Barracks in Bamberg, Germany.

Dockery, a veteran of multiple deployments in his eight years with both the 173rd and the former 82nd Engineer Battalion, was candid about his time in Afghanistan.