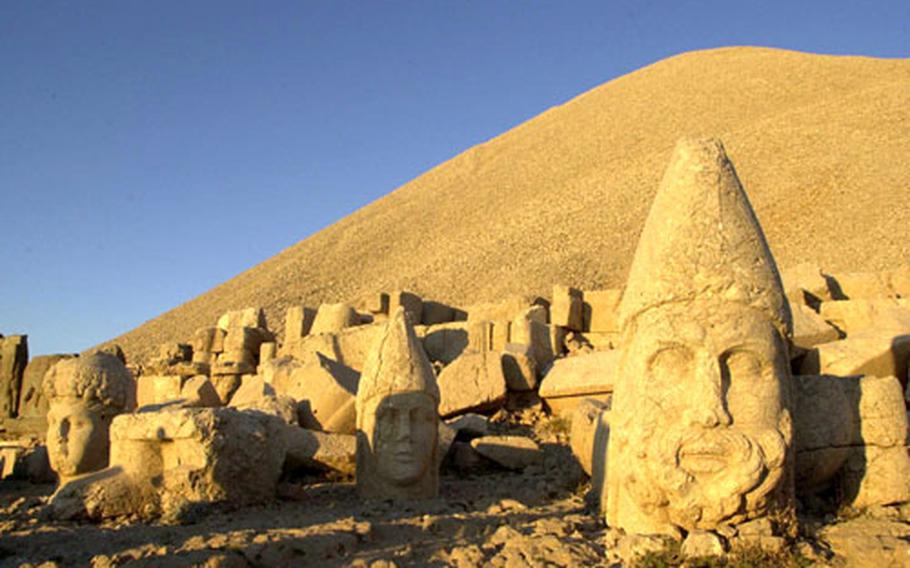 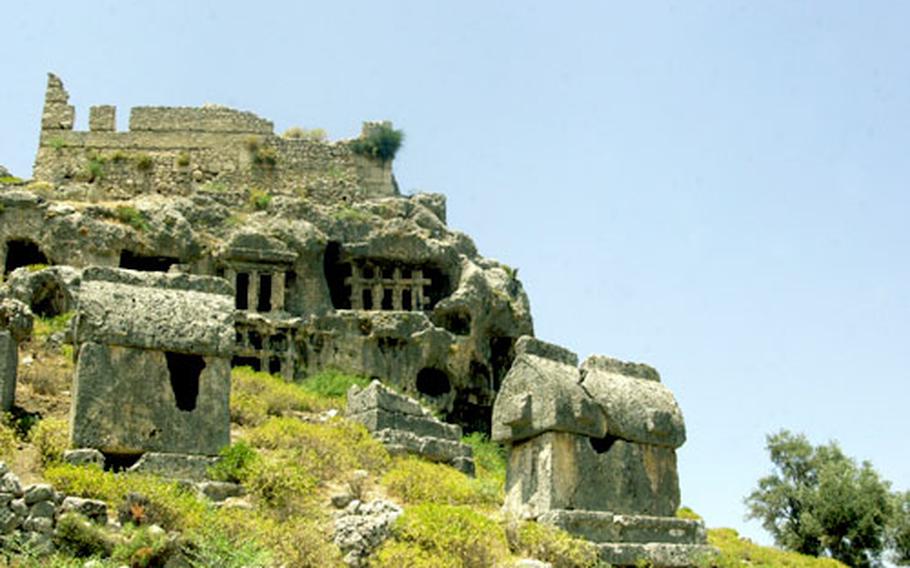 One of Turkey&#39;s best ruins, Tlos, has rock tombs and structures covering 2,000 years of history, including a Greek theater. (Terry Boyd / S&S) The Erdobag Evleri is one of Turkey&#39;s greatest hotels. (Terry Boyd / S&S) The coast of Lycia offers some of the best sailing in the world. (Terry Boyd / S&S)

If there are 10 must-dos for servicemembers stationed in Turkey, there are 1,000 things you&rsquo;ll leave behind without experiencing.

Turkey is just like that &mdash; arguably the most destination-packed country in the world. There&rsquo;s something for everyone, from the package-tour beach seeker to the most sophisticated adventurers. You can do everything from scaling Mount Ararat, fabled resting place of Noah&rsquo;s ark, to staying in $1,000-per-night suites at the Four Seasons Istanbul or the Mamara hotel in Bodrum.

For the typical traveler restrained by time and money, here are some practical suggestions for getting the most fun out of your time in Turkey.

Lycia, on the mountainous Mediterranean coast between Dalyan on the west and Antalya on the east, was isolated until the early 1980s, when the first paved roads went in. The coast remains unspoiled, from the 11-mile-long beach at Patara to fun seaside tourist towns such as Fethiye, Kalkan and Kas.

If you don&rsquo;t have time to see Lycia&rsquo;s dozens of ruins and attractions, renting a boat for about $80 per day and sailing the coast, with its perfect beaches, tiny islands and isolated inlets, is a sublime experience.

Ephesus is perhaps the best-preserved ancient city in the world. The apostle Paul, who preached here in the first century, would probably recognize much of what remains on a plain that used to be a large Aegean seaport.

The Turkish and Austrian governments have cooperated on the newest attraction, excavated homes on the slopes just above Curetes Street, the city&rsquo;s main thoroughfare. The houses, dating to the seventh century, are elaborate two-story affairs, many with elaborate wall and floor mosaics. They belonged to Ephesus&rsquo; wealthy merchants and Roman aristocrats. The street meanders toward the Library of Celsus and the Great Theatre, where there are concerts throughout the summer.

It has more nightclubs, discos, restaurants and caf&eacute;s per square mile than any other place in Turkey. Kuba and Havana, just outside Bodrum in the seaside resort of Turkbuku, are the coolest bars, but it&rsquo;s nearly impossible to get in unless you&rsquo;re a movie star or celebrity.

4. Tour the Castle of St. Peter, Knights of Saint John, at Bodrum

You&rsquo;ll come to Bodrum for the party, which never ends during the summer. Stay for the culture. This restored crusader castle is a museum with everything from sculptures strewn around its courtyards to the nearly full-size re-creation of an ancient sailing ship, sunk in the Mediterranean and salvaged by U.S. and Turkish archaeologists.

5. Stay at the Erdoba Evleri hotel in Mardin

Though it&rsquo;s far from western Turkey both in ambience and geography, Mardin has one of Turkey&rsquo;s great hotels, the Erdoba Evleri. The Erdoba is actually two hotels fashioned out of turn-of-the-century mansions built by two Jewish merchant princes. The quieter of the two has huge rooms with vaulted ceilings and elaborately carved stone accents everywhere &mdash; more of a palace than a hotel. All for less than $50 per night! Exotic old Mardin, near the Turkey/Syria border, is the center of contemporary Christianity. Syriacs, Surianis, Greek Orthodox, Roman Catholics and other sects all are represented here. There are major monasteries on the edge of the city, which overlooks the vast plains of Mesopotamia.

6. Eat lunch at the Topkapi Palace&rsquo;s outdoor caf&eacute; in Istanbul

One not-to-be-missed experience is Topkapi Palace, once the main palace for the sultans of the Ottoman Empire. Not only is one of the most interesting palaces in the world, the outdoor terrace restaurant has the city&rsquo;s finest view of the Bosphorus, and the food is tasty and reasonably priced.

This is the windsurfing capital of Turkey, and it&rsquo;s only 45 minutes south of Izmir. Aegean breezes blow nonstop off the buff-colored hills, filling the colorful sails of surfers rocketing across the blue inlet. And should you grow bored with windsurfing, Alacati becomes a raucous party center after dark, with beautiful young things coming here from across Europe, all the way from Australia. The town of Alacati remains an unspoiled Greek village on the edge of the summer vacation mecca of Cesme.

8. Sleep in a cave in Cappadocia

Cappadocia is, surprisingly &mdash; considering its remote location near Kayseri &mdash; Turkey&rsquo;s most-visited site. Fairy chimneys and other bizarre landscape features &mdash; carved by winds out of lava deposited by volcanoes eons ago &mdash; draw tourists seeking all sorts of experiences, from sleeping in caves to hot-air ballooning over the surreal landscape. Goreme is a town offering the widest variety of hotels. After you sleep in a cave, you can visit cave churches, as Cappadocia is the birthplace of the Christian monastic tradition.

The district claims to be the largest collection of shops in the world, with at least 5,000 businesses packed into about four square miles. There is no better shopping in the world. The main shopping district is called the Kemeralti. There, you&rsquo;ll find incredible deals on everything from wedding dresses and leather jackets to wooden spoons. It is typically Turkish in that all shop categories are consolidated in one area. So most gold dealers and jewelers are in Gold Alley. Ditto for the tailors, leather shops, copper pot makers and broom sellers. In the center of the Kemeralti is a restored Karavansarai &mdash; a 16th-century Silk Road hotel &mdash; converted into shops and caf&eacute;s. Tourists rarely make it here, and merchants are far more gracious than in Istanbul and tourist centers such as Antalya.

... Then return for sunrise on Nemrut Dag, high in the mountains about 40 miles from Malatya, is one of the odder ruins in Turkey in that it has no real historical significance. Antiochus I, ruler of a middle kingdom between the Greek and Persian empires, decided he was descended from the gods. So he built himself a mountaintop tomb and surrounded it with giant statues and stone reliefs. Archaeologists never found Antiochus&rsquo; tomb, but the soft stone statues are still there, though most have lost their heads to earthquakes. The bizarre carvings and dramatic setting make it one of the most intriguing destinations in the world, and it&rsquo;s traditional for visitors to watch the sun set from Nemrut Dag, the rise at dawn and greet the day from the 8,000-foot summit.