How the Pentagon's stop movement order is affecting military families 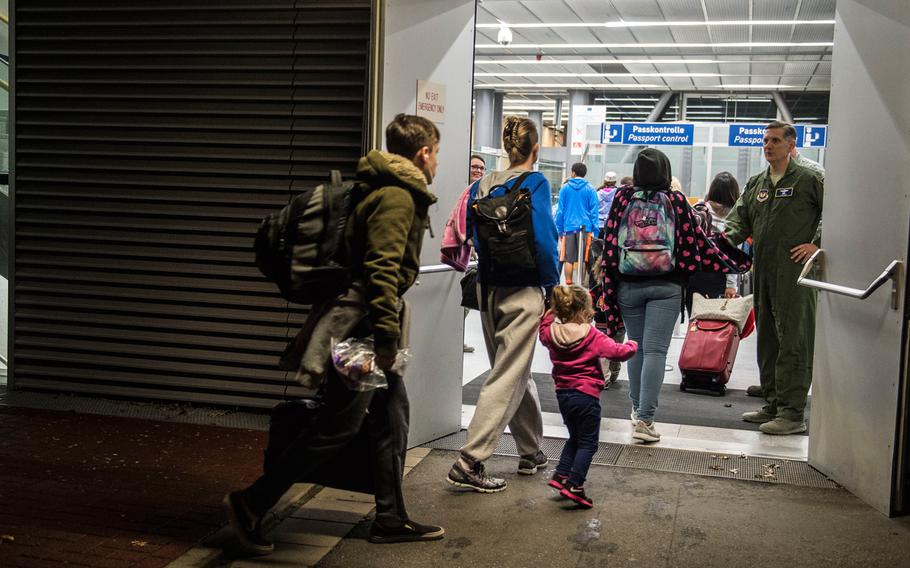 In many ways, military families are just like civilians during the coronavirus pandemic. We’re all — military and civilians alike — holed up in our homes, suffering through virtual schooling, whining kids, surreal food shopping experiences and fears about our financial futures.

But few civilians know that many military families’ stressors have been magnified by a series of Department of Defense “stop movement” orders intended to slow the spread of the virus.

Since my own family has retired from active duty service and is thus not bound by the DOD restriction, I reached out to two military spouses whose families are not only significantly impacted by the stop movement order, but who are also experts in the education of military children undergoing transitions and deployments.

“We are in a very strange PCS limbo,” said Amanda Trimillos, a U.S. Air Force spouse and mother of four, whose overseas active duty military family was planning a retirement ceremony for April 1, and a PCS move to Colorado.

Just days before the original order, Trimillos and her husband were in the contract signing phase on a new house in Colorado when their move and retirement plans were delayed.

“Last night we turned the house back over as we will not be able to take possession due to stop movement without paying double mortgage,” she said. “We no longer know where our kids will attend school next year. We have no idea if/when we will be allowed to leave.”

“We are on pause, a very long pause. The week COVID-19 started to bubble to the surface, we were scheduled to sign on a house,” said Stacy Allsbrook-Huisman, an Air Force spouse with PCS orders from Tampa to the Pentagon, put on hold by the stop movement order.

She explained that they canceled their flight due to the health risks.

“We lost our bid on a house we were hoping for and within the following 48 hours, DOD put a stop movement on all military personnel. I highly doubt we will move in until late summer or even not until fall.”

The coincidences between these two do not stop there. They are friends and co-authors of a 2018 book about the education of military-connected kids in transition, “Seasons of My Military Student: Practical Ideas for Parents and Teachers.”

Trimillos has a doctorate in education, is a National Board Certified Teacher and is a teacher-mentor for the U.S. Department of Education. Allsbrook-Huisman is a writer and advocate for military-connected students and families and serves as a parent-to-parent trainer for the Military Child Education Coalition.

When I asked them who they thought was most affected by the stop movement order, they agreed that families with deployed service members unsure of when they can come home could endure the greatest suffering.

Allsbrook-Huisman told me of a military spouse with three kids between the ages of 6 and 12, each with a special needs diagnosis, whose husband left before the COVID-19 crisis.

“She’s all alone, no school, no family, no child care, no reprieve,” Allsbrook-Huisman explained. “Having her husband leaving for a year is hard, but under these circumstances, it feels cruel.”

Trimillos said the military parents in the online network connected to their book have so many questions about transitioning to online school and PCSing at the same time.

“There are just so many unknowns — and that is scary,” she said.

As mothers, Trimillos and Allsbrook-Huisman are worried for their own children, but confident, too.

“The military trained us to thrive in the chaos of change,” Trimillos said. “It’s going to be okay. Everything will fall into place. We just don’t know when, where or how.”