Guam's Mount Lamlam technically world's tallest mountain, though most of it is underwater Buy Photo
The view of northern Guam from Mount Lamlam on Aug. 16. (Marcus Fichtl/Stars and Stripes)

Buy Photo
The view of northern Guam from Mount Lamlam on Aug. 16. (Marcus Fichtl/Stars and Stripes) 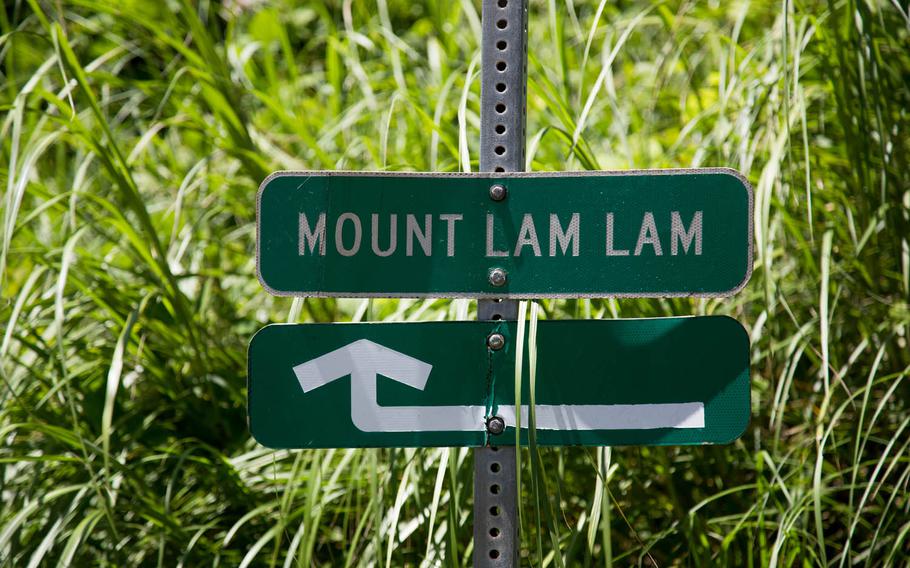 Buy Photo
The sign for the trail to Mount Lamlam, Guam. (Marcus Fichtl/Stars and Stripes) 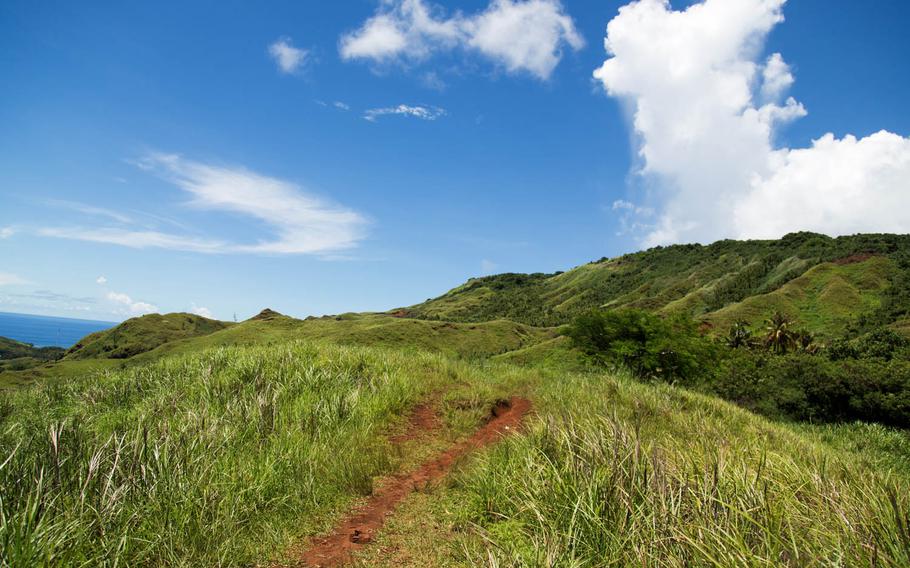 Buy Photo
The path up Mount Lamlam, Guam, is pictured Aug. 16. The trail is never incredibly steep, but it is a steady elevation climb of more than 600 feet. Give yourself about three hours to safely complete the hike, though it can easily be accomplished in a much shorter time. The majority of the trail is open to the sun, so skin protection is a must. (Marcus Fichtl/Stars and Stripes) Buy Photo
Crosses are seen Aug. 16 at the summit of Mount Jumullong Manglo, Guam, en route to the peak of Mount Lamlam. (Marcus Fichtl/Stars and Stripes) 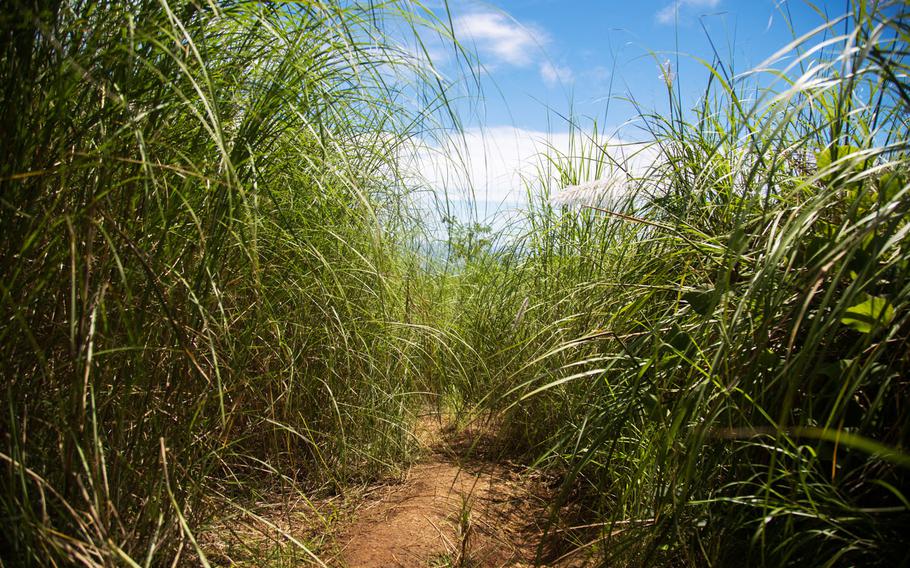 No need for oxygen tanks and a trek to the Himalayas to climb what might be the tallest mountain in the world.

Mount Lamlam on Guam — just 1,332 feet above sea level — is another 36,070 feet from the bottom of the Marianas Trench, roughly 200 miles below. By contrast, the peak of Mount Everest — if placed at the bottom of the trench — would still be 6,000 feet under water.

Lamlam, which means lightning in the local Chamorro language, is the defining peak in Guam’s rugged, jungled southern tip near the oceanside village of Agat. It is the premiere mountain “boonie stomp” — the local term for hike — on the 210-square-mile island.

Lamlam is near Mount Jumullong Manglo, Guam’s second-highest peak. A small and necessary detour on the main hike, which is unique for its summit silhouetted with crosses, is a sight that can be seen for miles along the highway. Often mistaken for Lamlam, it’s a sacred spot for Guam’s Roman Catholic population who every Easter march up the path with crosses and plant them along the route and at the Jumullong Manglo summit.

Like many Guam hikes, Lamlam’s trailhead isn’t the most obvious, and the parking area isn’t, either. About 10 minutes south of Naval Base Guam along Route 2, there will be a turnoff and roadside parking for the Bakanan Cetti Overlook. Park there and walk across the road where you will see a sign identifying the way up Lamlam. You will see plenty of tourists at the overlook, but most likely you will be the only one hiking up the trail, giving yourself a serene, quiet hike in one of Guam’s more picturesque areas.

The route is well worn, but not well maintained. The red dirt quickly turns to red mud, and sword grass will infiltrate the walkway as you approach the summit. Some portions of the trail will require you to protect your face while navigating through the sharp grass. It’s not recommended to attempt it during rain.

The hike itself is a round trip of 2.5 miles to both summits. Portions of the trail are shaded, which allow for cooler places to rest and drink water; however, the majority of the trail is open to the sun, so skin protection is a must.

The trail is never incredibly steep, but it is a steady elevation climb of more than 600 feet. Give yourself about three hours to safely complete the hike, though it can easily be accomplished in a much shorter time.

Along the route up you are rewarded with impressive views of Cetti Bay and the island’s southern range. You can also see Route 2 zigzag through Guam’s hinterland. At the summit, you will finally be rewarded with sprawling views of Guam’s interior and north side — a site no other spot on this U.S. island territory can give you.

DIRECTIONS: From Tamuning, take Route 1 until you hit Naval Base Guam and turn left onto Route 2/2A. Ten minutes past the base, turn off right into Bakanan Cetti Overlook parking area, walk across the road and enter at the Mount Lamlam trailhead sign.TIMES: Open 24/7, but due to lack of maintenance don’t attempt in the rain.COSTS: FreeFOOD: Bring your own food and plenty of water. Locals sometimes sell snacks at the overlook.