Seasonal sounds to sweat, spin to 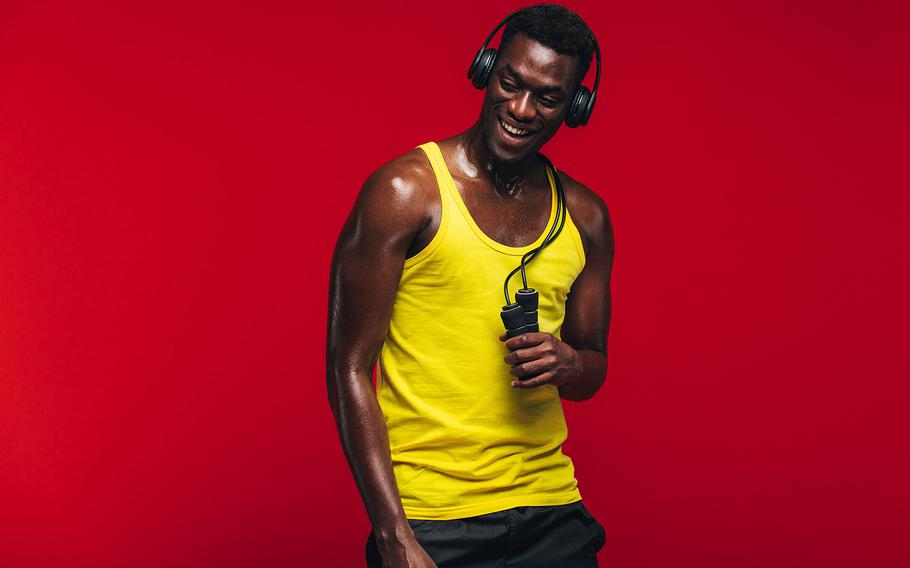 According to a Fitness Volt analysis, the characteristics behind the 100 most popular festive songs reveal that the majority have a tempo of between 120-170 beats per minute (BPM), meaning they’re well-suited to a range of different workouts that raise heart rates. (iStock)

A new study analyzed more than 47,000 tracks to reveal which Christmas songs are the most popular for rockin’ around the Christmas tree — at least if you’re in the mood to break a sweat. Between jam-packed holiday calendars and the cold weather, making time to get to the gym can be challenging. Why not weave a little holiday cheer into your workout routine?The research, conducted by fitness experts Fitness Volt, analyzed hundreds of Spotify’s most popular Christmas gym and Christmas workout playlists to determine which festive tunes are featured the most and identify which type of workout to which they’re best suited.

All I want for Christmas is a killer workout playlist

Mariah Carey’s “All I Want for Christmas Is You” takes the top spot, appearing 354 times across workout playlists. Kelly Clarkson’s “Underneath the Tree” and Ariana Grande’s “Santa Tell Me” take second and third place, appearing 202 and 185 times, respectively.

Other festive favorites that make up the top 10 most-featured tracks are Wham!’s “Last Christmas” (102 appearances), Nat King Cole’s “Joy To The World” (101 appearances) and — surprisingly to some — Jonas Brothers’ “Like It’s Christmas” (100 appearances).

Christmas covers are a seasonal staple, so it’s no surprise some tracks appear multiple times across workout playlists, with some artists’ versions proving more popular than others.

The songs that appear the most frequently are: “O Come, O Come, Emmanuel,” with seven different artists covering it, “The First Noel” (six covers) and “Jingle Bell Rock” (five covers).

Some artists are also featured more often across the playlists than others, with the top Christmas performers coming out as Pentatonix (13 tracks) and Sovereign Grace Music (12 tracks).

So what is it that makes festive songs great for fitness?

The characteristics behind the 100 most popular festive songs reveal that the majority have a tempo of between 120-170 beats per minute (BPM), meaning they’re well-suited to a range of different workouts that raise heart rates.

Meanwhile, Taylor Swift’s “Christmas Tree Farm” is best for weightlifting (target 130-140 BPM) and Michael Buble’s “It’s Beginning to Look a Lot Like Christmas” is perfect for cooling down and warming up during yoga (target 60-100 BPM).

The majority of the most popular festive songs are also in the keys of G# major, G or A, which are associated with feeling upbeat, victorious and happy — perfect for boosting a winter workout.

And Americans are already keen to get these festive vibes flowing, with searches for “Christmas music” 114% higher now than at the end of October.

A spokesperson at Fitness Volt commented on the findings: “Many gym-goers find it harder to motivate themselves to work out between Thanksgiving and Christmas, and music is key to amping up our levels of exertion and workout intensity to make the most of each session. This data offers an insight into how fitness fanatics can best incorporate some Christmas cheer into their routine — and help stick to their healthy habits over the festive period.”

This article originally appeared on Wealth of Geeks.