Which type of Christmas tree is greener? 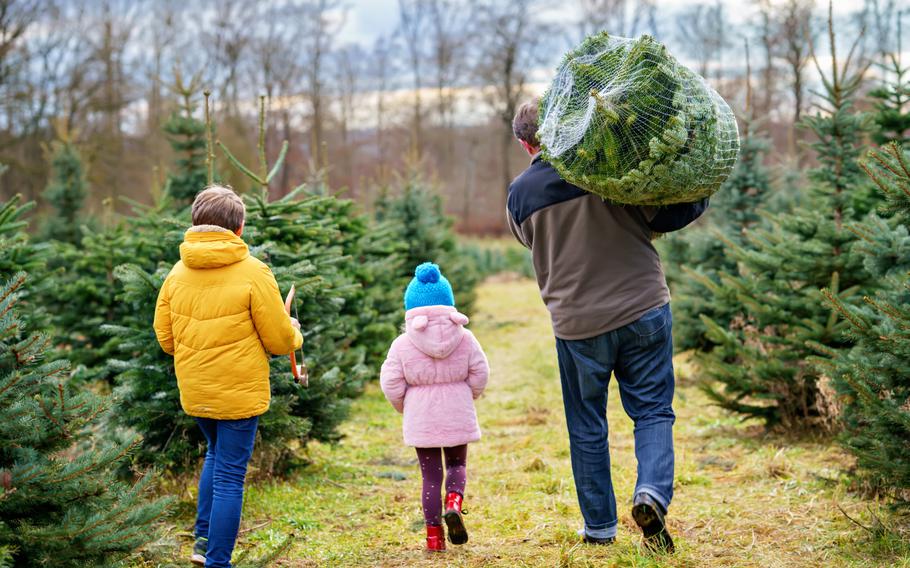 One way real Christmas trees benefit the environment is by absorbing carbon dioxide. They also can be repurposed in a number of ways, including as mulch. (iStock)

Many American households are beginning to prepare for one of the biggest holidays of the year: Christmas. And for those who celebrate, that often means figuring out what to do about a tree — the time-honored centerpiece of the season’s festivities.

What type of tree or, in some cases, trees you choose largely comes down to personal preference. For many people, a real tree represents tradition — a chance to re-create memories of finding “The One” and hauling it home from the forest or a neighborhood tree lot — with a fresh scent that helps create a holiday atmosphere. On the other hand, artificial trees offer convenience, since they can be reused year after year and typically come with built-in lights or decorations.

But with more consumers becoming increasingly concerned about their purchases’ environmental impact, you might be wondering which type of Christmas tree is more planet-friendly. Here’s what you need to know when it comes to whether real or artificial trees are better for the environment:

The argument for real trees

While you might worry that chopping down tens of millions of trees each year amounts to an environmental nightmare, a real Christmas tree can be more sustainable than an artificial one, says Bill Ulfelder, executive director of the Nature Conservancy in New York.

“There should be no remorse, no guilt, like, ‘Oh my goodness, it’s a cut tree.’ It’s absolutely the contrary,” says Ulfelder, who has a master’s degree in forestry. “Trees are a renewable resource. When they’re being cut, they’re being harvested in ways that they’re being replanted, so it’s a great renewable resource that provides lots of environmental, conservation and nature benefits.”

For one, living trees absorb carbon dioxide — a main contributor to global warming — from the air and release oxygen. It can take at least seven years to grow a Christmas tree to its typical height of between six and seven feet, according to the National Christmas Tree Association (NCTA), a trade group that in part represents growers and sellers of real trees. While estimates can vary significantly, one study suggests that growing Christmas trees may sequester nearly a ton of carbon dioxide per acre, according to the Sightline Institute. What happens to that carbon depends on how these trees are treated once they’re cut and discarded.

As these trees grow, not only do they provide clean air, but they can also serve as wildlife habitats, help improve water quality and slow erosion, and preserve green spaces. Christmas trees are often grown on hillsides that wouldn’t be suitable for farming other types of crops and for every tree harvested, one to three seedlings are planted the following spring, according to NCTA.

What’s more, real trees can be repurposed in ways that continue to benefit the environment even after they’re no longer living. Cities such as New York and D.C. have municipal programs that collect dead Christmas trees and turn them into mulch. The trees can also be used to prevent dune erosion or sunken in ponds and lakes to create natural habitats for freshwater wildlife, Ulfelder says.

“There’s life for [real] Christmas trees after Christmas,” he says.

But Ulfelder and other experts recognize that there is an environmental cost to farming and distributing real trees. Growing trees requires water and, in many cases, fertilizers and pesticides. On top of that, harvesting trees and shipping them from farms to stores or lots can produce emissions.

Still, real trees may be the preferred choice over artificial ones when it comes to overall sustainability, which also takes into account economic and social impacts, says Bert Cregg, a professor of horticulture and forestry at Michigan State University. “That’s where I think the real trees are head and shoulders above” artificial trees, Cregg says.

There are nearly 15,000 Christmas tree farms in the United States, the vast majority of which are family-owned operations, and the industry provides full or part-time employment to more than 100,000 people, according to NCTA. 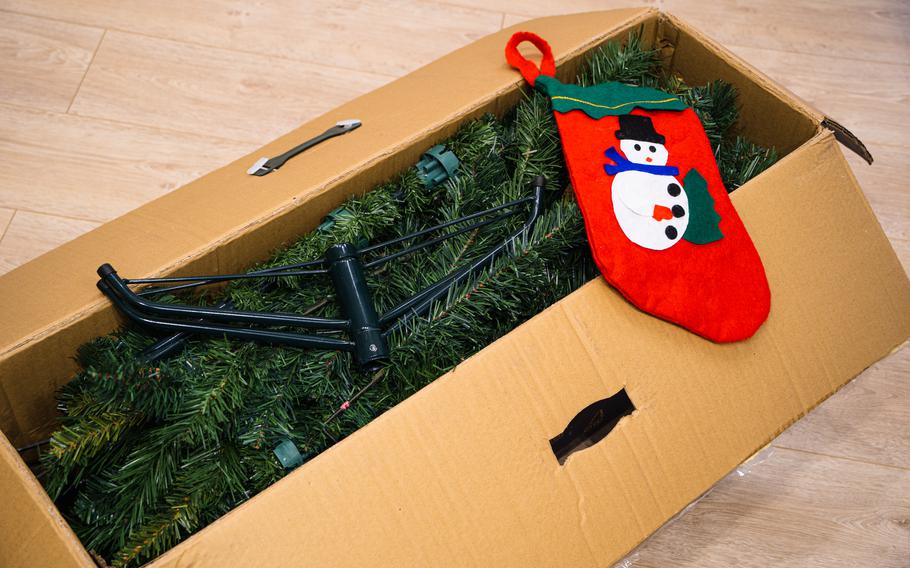 Although they are typically made of plastic and steel and often wind up in landfills, artificial trees can be eco-conscious if they are reused for multiple Christmas seasons, given away or donated. (iStock)

Most of the artificial trees sold in the U.S. are manufactured in China, according to NCTA, citing data from the U.S. Department of Commerce. The trees are typically loaded onto fossil-fuel-burning ocean freighters bound for the U.S., where they are distributed to retailers nationwide. But experts say the emissions associated with transporting artificial trees are less significant than what is produced when making them.

Artificial trees are often made of plastic, a petroleum-based material, and steel. Many trees use polyvinyl chloride, or PVC, which has been linked to health and environmental risks. Trees can also be made of polyethylene, another type of plastic, says Mac Harman, founder and CEO of Balsam Hill, a leading retailer of artificial Christmas trees and holiday decor in the U.S.

Although not much about artificial trees initially sounds Earth-friendly, in certain cases they can be the more environmentally conscious choice, according to the American Christmas Tree Association (ACTA), a nonprofit industry group that represents artificial tree manufacturers.

One 2018 study analyzed real and artificial Christmas trees across different environmental metrics, including global warming potential, primary energy demand and water usage, among others, and found that artificial trees may have less environmental impact if they are reused for at least five years compared to buying a new real tree each year.

“The impact of both types of trees varies based on how far consumers travel to get their tree, how they dispose of their tree (for live trees, landfill, incinerate or compost), and how long consumers use their trees,” according to a summary of the study from ACTA, which released the assessment conducted by WAP Sustainability Consulting.

But another in-depth study released in 2009 concluded that artificial trees would only become better than natural ones if they were used for 20 years.

According to Harman, a Nielsen survey paid for by ACTA found that nearly 50% of artificial tree owners reported planning to use their trees for 10 or more seasons.

He adds that artificial trees also are often given away or donated, which can extend their life span. The downside, though, is that once these trees are no longer of use to anyone “they do end up mostly in landfills at this point,” he says.

“If you keep artificial trees truly long enough, the carbon footprint may be smaller, but then you’ve still got plastic and then there’s plastic going into the landfill,” he says. “So that’s just one way of looking at the comparison, and I think we just need to look at the whole of the nature benefits of the natural trees.”

What you should do

If you’re interested in a real tree, Ulfelder recommends trying to buy local whenever possible. Driving a long distance in a gas-guzzling car to get to a farm or seller can be a significant source of emissions. Buying your tree from a farm or lot in your area can also help support the local economy. The top Christmas tree producing states include Oregon, North Carolina, Michigan, Pennsylvania, Wisconsin and Washington, according to NCTA.

Looking for an organically grown Christmas tree is an additional step you can take to help the environment, Ulfelder says.

The U.S. Forest Service also sells permits to people who want to go out into the wild and cut down their own tree. “For every tree that is found, cut and carried home as a holiday fixture, you’re also contributing to the overall forest health,” according to a government website selling the permits.

Buying a living tree, or one that can be replanted outdoors, is another option. “The big trick is getting the tree to live afterward,” Cregg says.

If you have a living tree, it’s critical not to keep it inside your home for too long, especially if you’re in northern parts of the country, or it may begin to lose its ability to withstand cold temperatures, he says. He suggests leaving the tree up for two weeks at most before moving it to an unheated garage or patio until springtime. “Then, you can plant it just like your normal spring planting routine.”

It’s also important to take care of real trees, Cregg says. The trees need a lot of water and he recommends checking your tree stand daily to make sure your tree isn’t drying out.

And how you dispose of your real tree matters. “If people put the tree in a bonfire, all that carbon is back in the atmosphere,” Cregg says.

If you’re planning to mulch your tree, make sure to remove any decorations, Ulfelder says. Leftover ornaments, lights or pieces of tinsel can create a headache for mulchers.

For those who prefer artificial trees, try to keep them in use and out of landfills for as long as possible.

And although real and artificial trees can have varying impacts, experts say it’s important to consider this holiday decision in the context of other personal choices that can contribute to climate change.

“At the end of the day, assuming that an artificial tree is used for at least five years, neither tree has a significant impact on the environment when compared to other activities of daily living like driving a car,” Harman says.